Skip to primary content
The obvious difference is accommodations.  There are a few youth hostels available in some places, as well as camping locations but count on B&B’s and small inns as the norm.  They run from £40 to £90 per couple per night including breakfast.

During the busy season, May to September, you really need to pre-book all of your rooms.  I saw a few people try to book just two or three days in advance and they spent most of their evenings calling a lot of places and often ended up far off the trail or having forced rest days.

It is more expensive but much easier to use an agent to book your rooms for you.  If you do it yourself at least several months in advance, a guidebook with phone numbers will make the job easier.  I tried to e-mail B&B’s six weeks in advance and it was impossible.  They took a week to reply if they had room and you have to make reservations sequentially. 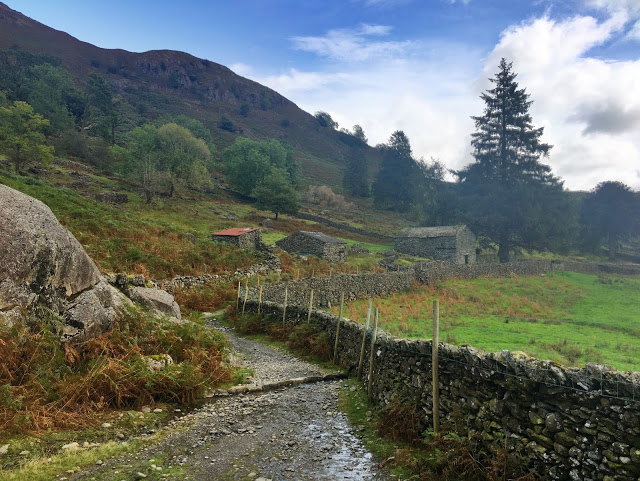 Whether you use an agent or not, you can easily use a bag forwarding service.  With the climbing you do in the Lake District and other things you may do after your walk, this service is very useful.  Most agents or individuals use one of two couriers.  We used Packhorse and they were fine. 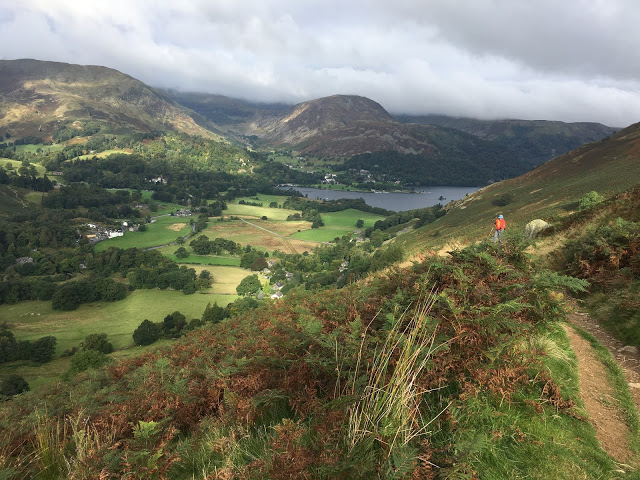 Almost everyone walks west to east.  This puts the toughest walks first but the bag forwarding service works better west to east.  I heard that if you go east to west, you only see your bag every second day and sometimes well after you arrive.  Our bags were in our rooms everyday when we arrived.

Don’t count on 15 mile / 25km days every day, particularly in the Lake District.  They have serious but doable climbs there.  They may only be 500m but they are steep and slow going.  For the 190 mile / 305km walk, I think 15 days is a decent target.  There would be some short days in that but they will be appreciated and probably unavoidable because of accommodations.

I assume that you know what breakfast is on the Camino but have you ever heard of a full English breakfast?  It’s massive, darn near mandatory and served often starting sometime from 7am to 8am.  The hosts often can do a nice packed lunch but if you eat the breakfast, you should be good until dinner.

Forget about cafes or bars every 5km.  We passed about a half dozen in two weeks while walking and some of those were off trail.  You need to carry what you want to eat or drink. 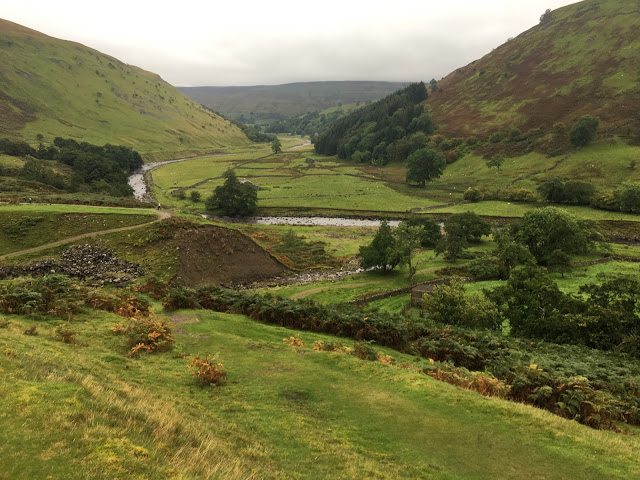 The trails themselves will slow you down.  There are a lot of places with mud, bogs, slippery wet rocks, steep ascents or descents, etc.

There is barely any real trail marking along most of the path.  I highly recommend a offline GPS app with the trail preloaded.  I used maps.me and often was guiding people trying to use paper maps and written directions. 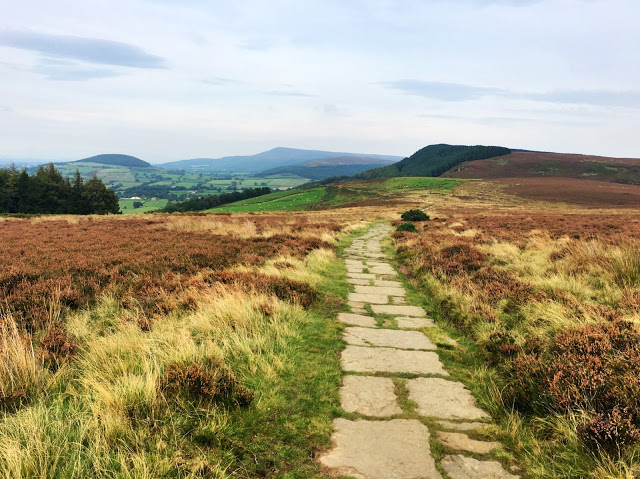 Dinners are often outstanding in pubs or the B&B and a main course is usually enough.  We usually spent about £25-$30 for two.  Some places you will need to make reservations though so a local phone or asking your host for help is useful.

It rains a lot in England.  That said, we had rain on only four days, if I remember correctly and usually it was more like a drizzle.  We were lucky though.  Bring rain pants, a rain cover for your backpack and a raincoat, preferably one that will also cover your backpack.  Most people also used gaiters.
Forget Camino families.  We sometimes walked with other people for short or longer distances in a day and usually ate dinner with other walkers but due to pre-booked accommodations, pre-planned rest days, a variety of stage options, etc., don’t count on seeing the same people every day.  We met many people we saw and hung out with for two, three or four days but we only saw four people for five or six days.  That said, we had the best arrival celebration to date with about 20 people even though we only had met four of them before that morning.

The biggest town, by far, that you will walk through is Richmond with a population of about 8,000.  Most days you probably won’t see many people but almost every one will be happy to stop and chat with you.
There is very little road walking, maybe 5% at most.  That said, most of the walk is in national parks so there are very few roads that you even cross.  It makes it tough to “bug out” mid-stage if you need to. 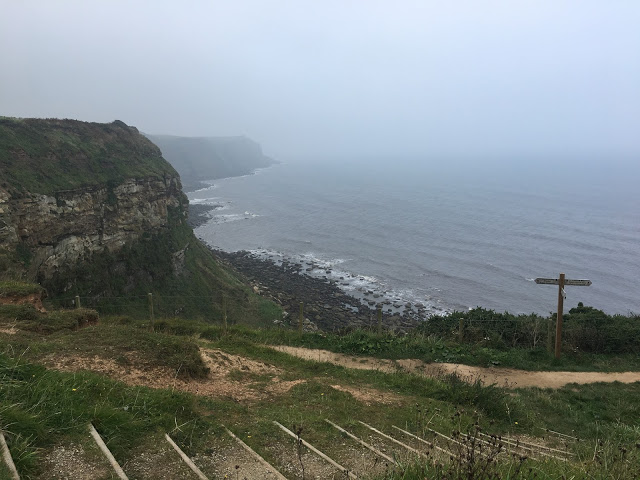 If you have read this far without being scared off the walk, let me tell you that by walking it, you will be rewarded everyday with scenery that will take your breath away every day.  Imagine the best views of any Camino you have done and expect that every day.  I hope that doesn’t ruin it for you but that’s what we found.  We also found the hosts in the B&B’s and inns to be extremely lovely, helpful, caring, etc.  Twice, the hosts surprised us by cleaning our boots.  Wow.  Most walkers we met were British or American but there were a few Aussies, Kiwis, Canadians and a smattering of other Europeans so language is only a problem when talking about becks, fells, dales, knotts, tarns, etc.