In the Autumn of 2016, we went on a tour to Mongolia.  I took a  lot of photos, a couple of them actually turned okay.  Melanie, it turns out, took some notes.  She recently found them on her phone so I asked if I could add them to our travel blog.  Here we go:

We went on the trip with Horseback Mongolia. There were eleven people in the group. This included an Australian couple in their 50s, a Frenchman in his 70s, a French girl in her 30s, two Singaporean female cousins in their 40s, a Swiss woman in her 60s and a couple of honeymooners in their 30s from the UK.

The Frenchman was a retired UN official was only there for the bi-annual eagle festival which was this past weekend. It was like being in the time of Robin Hood with the eagle hunters in animal skin, mainly fox but with a quilted lining. A long leather belt studded with glass or gems held this wrap around, (from left to right), coat in place. A fur hat plumed with owl feathers sat majestically on their heads. And on their arm a magnificent female eagle aged at between five months and ten years.

These eagle hunters scale treacherous mountain terrain to find these female hatchlings and at a tender age of five months they steal them from the comfort of their nests. They take them home and for the most part their eyes are covered to deter them from flying off. After years of training them to hunt: a combination of starving them so that they are eager to hunt. They are also taught by their owners a special call or yelp.

This year ninety-two Mongolians or Kazakhs attended this festival. This event was well visited by as many foreigners as Mongolians. There were several competitions, some easier to understand than others including an archery contest, horse racing, camel racing, getting your eagle to fetch a dead rabbit from the furthest distance, horseback wrestling over a dead sheep, women chasing and “beating” men on horseback, etc. These couples were in local dress and in some cases the women donned a pointed dunce type hat complete with the owl feathers at the top. The couples then topped the two day event off with a local dance. Nice.

We did a few treks or hikes in the mountainous steppes. These lasted a few hours in breath taking scenery. The hikes culminated either with a lovely picnic lunch or tea with a local family. The Mongolians and Kazakhs are very gracious hosts and we were often invited to tea. Tea consisted of yak, cow, horse, goat or sheep milk with a hint of tea. We were then offered a variety of cheeses from these same animals. The cheese was often rock hard but after scraping them off with your teeth they would eventually melt, leaving a film of milky substance on your teeth. They also served a variety of milk products and biscuits which were generally store bought and a welcomed relief. Fruit of any variety were a rarity.

At night, after a dinner cooked by a female chef and sous chef, our host family would wonder into the communal ger with their dumber – a two stringed mandolin – and sing Mongolian or Kazakh folk songs. They have beautiful voices and it was a treat to hear these songs which were usually about mother, home or love. It gave going back to basics immense meaning and the simplicity of their life so much value.

The people in the towns ate a seed from a pine cone. This required cracking with your teeth to eat the minuscule bit inside the seed. I would put these in the same variety as a pine nut.

We had three days trekking on horseback. These wild horses are slightly smaller as compared to the western variety. Yesterday, after I mounted my horse, one of the other unbridled horses kicked me on my foot and my horse on its side. The owner of these horses, we called him Darth Vader, ran toward me with great concern on his face and checked out his horse. Never mind me!

Darth Vader sported a long leather jacket and had a sinister smile, like Jack Palance in his worse bad ass role. He had a couple of silver capped teeth which added to his mean glint. He had a mean spirit which he used while screaming and keeping us in check. He could not tell us enough that we were riding wild horses, just barely tamed. On our horses, we also went hunting with his two eagles.

We stayed in gers which are round tented accommodations. There is a central fire where you can cook and the fire stays on for a few hours and when it finally dies out, it is bitterly cold. We are on spring beds most nights, layered with a thin mat and topped with a very warm (-35 degrees) sleeping bag.

At night, we stayed in bed trying not to get out of the warmth for a pee. The ground outside the ger is littered with dung from yaks, cows, horses, goats and sheep. Initially, we tried walking around them but eventually we went local missing out only on cow and horse poop. The fires in the room were kept alive by the dried cow patties. It had no smell and other than coal, burns extremely well.

The bathrooms are the steppes of Mongolia. There are no showers to speak of and we used up a shit-load of Wet Ones whenever we had to adhere to the call of nature. By the way, shit-load was an intended pun. We tried to bury the tissue or wipes under rocks as we did not want to litter the place. Dung is biodegradable and the bigger patties produced by non-humans were used to fuel the fires.

Sadly, I have returned to civilization and I have had a warm shower. I am human again. As I sit here reflecting on the past two weeks I cannot help but remember the warmth of these nomadic peoples. It takes them two hours two pack up their gers and move. Once we have left they will also pack up for the season and move to a more sheltered area as they await the harsh winter ahead of them. They will move and ensure that there is enough hay for their animals and sufficient accommodation for these animals as well. Most of these animals can spend days and nights out in the cold but not the whole length of winter. Most of these gers had dogs tending their cattle and one had a pet cat that they tied up. 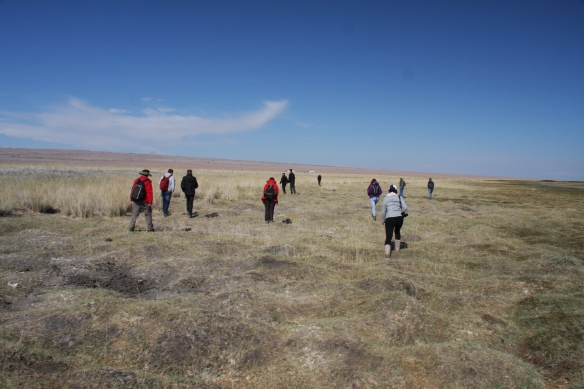 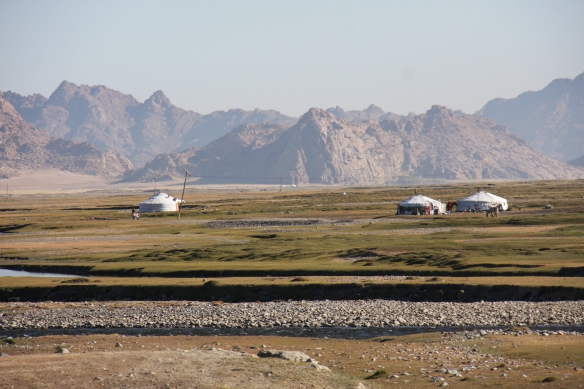 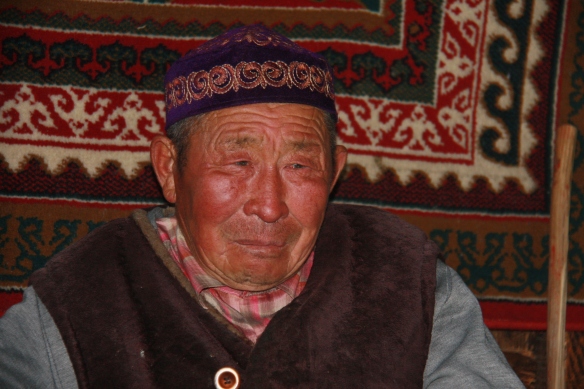 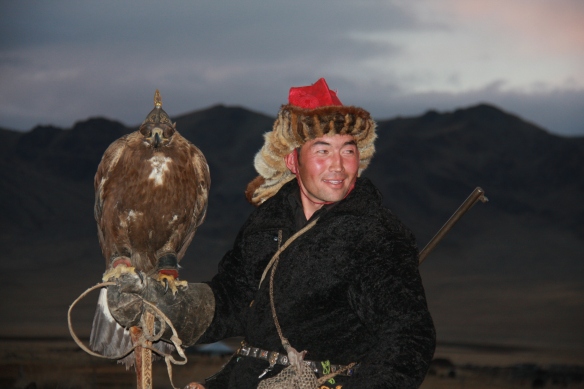 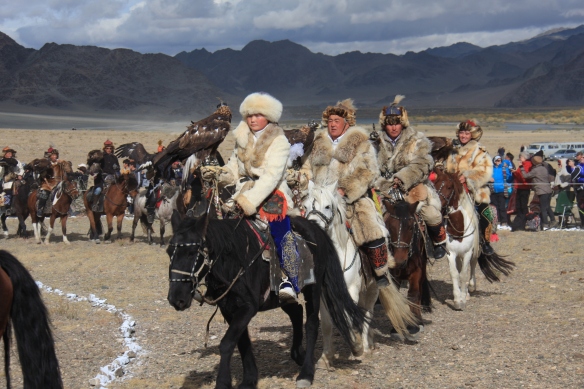 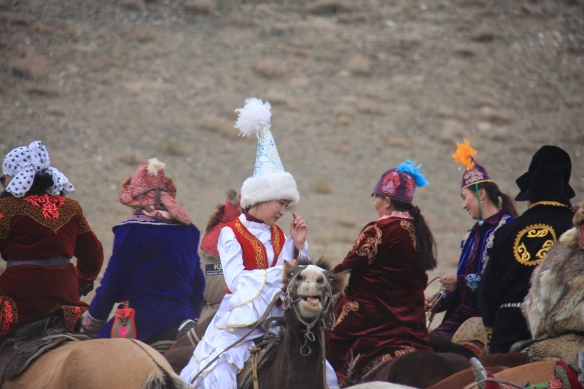 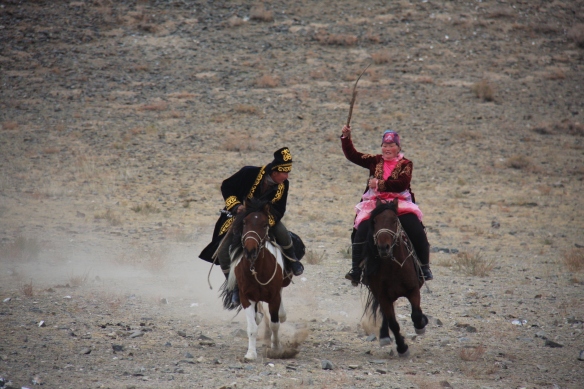 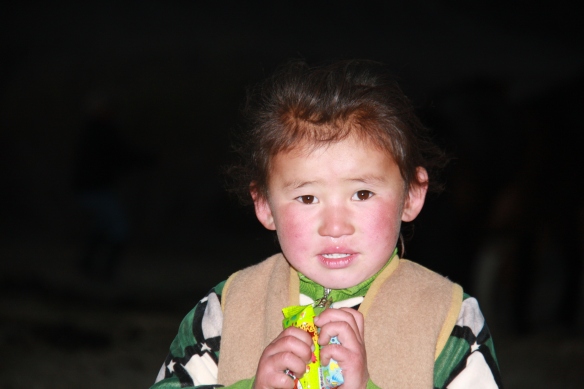 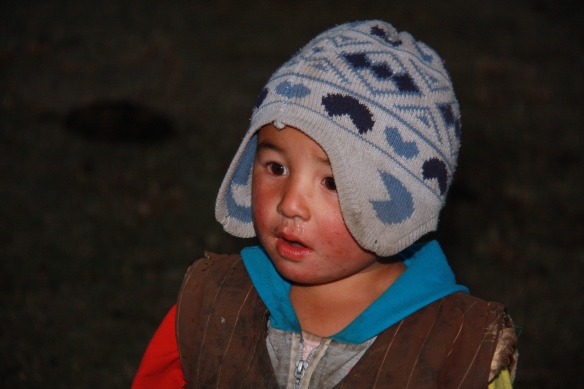 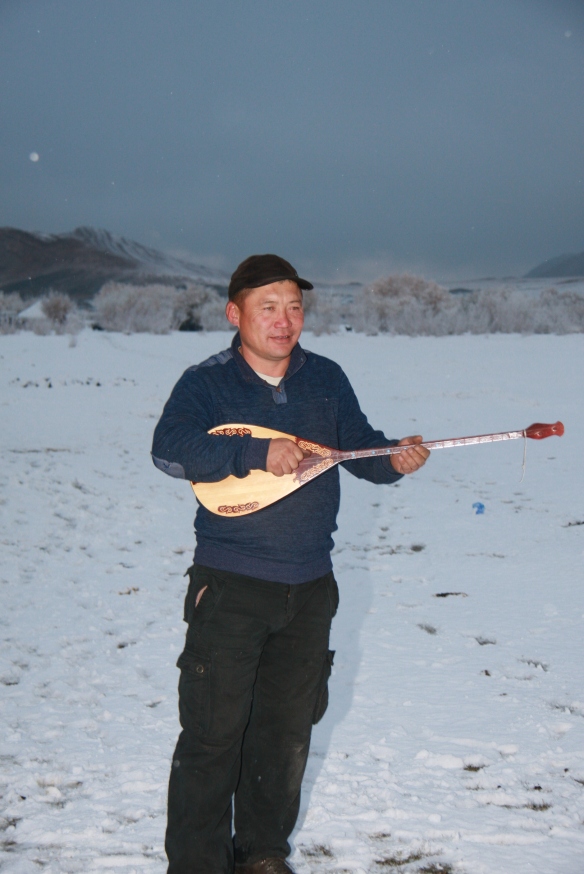 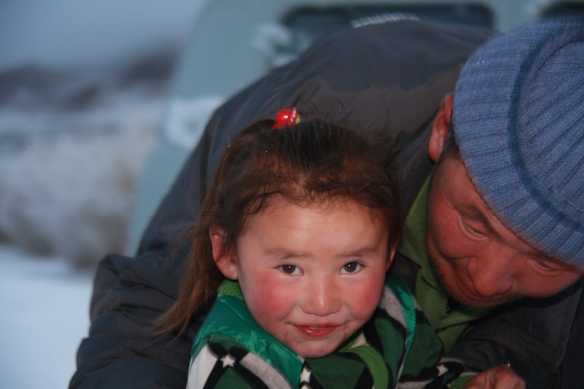 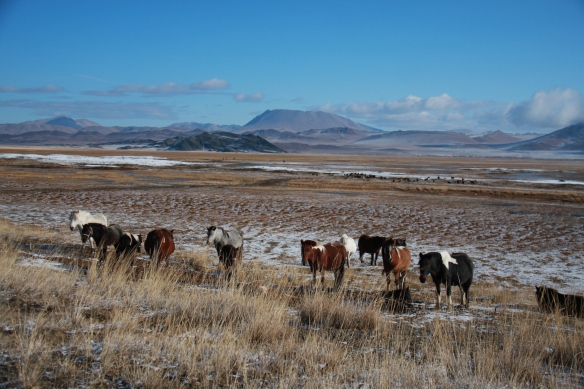 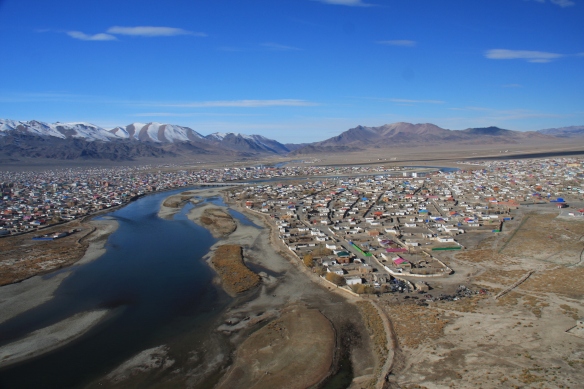 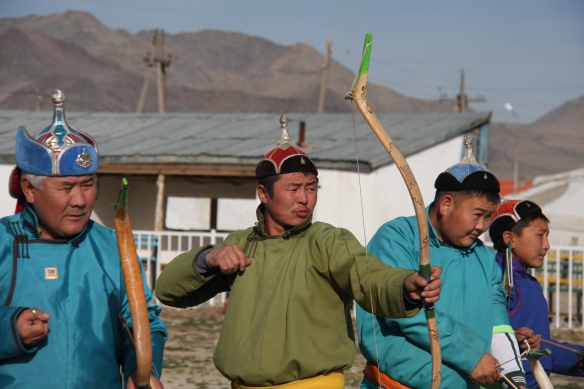