Skip to primary content
An absolutely gorgeous walk today where most of the morning, we had the same fantastic view of the mountain range on the southern side of the valley.  Normally, I like a variety of scenery but when it’s that good, I’m happy that it doesn’t change.  I just wondered if there were hikers on those mountains, also heading westward, who were looking over at our mountains with the same awe. 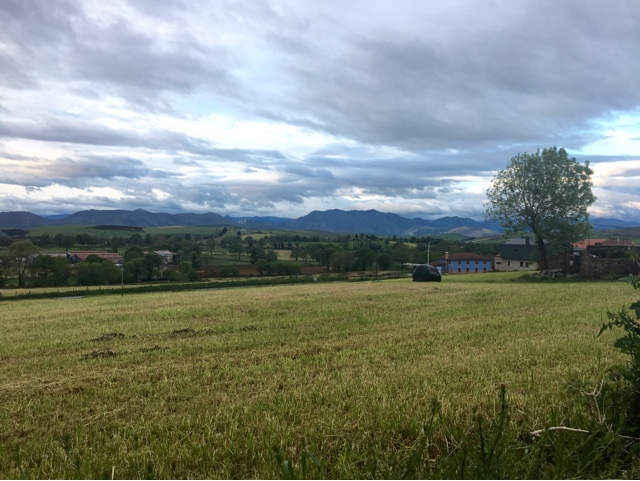 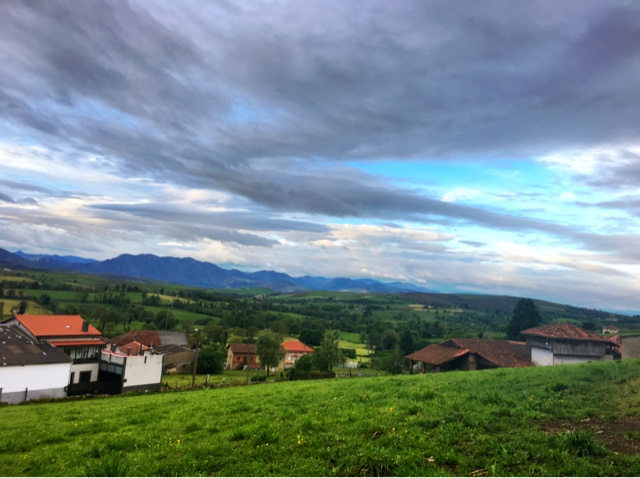 We left the hotel early today and almost immediately found a café that had opened at 7:00am.  After some fairly quick refuelling, we set of about 7:30am.  We had a little bit of climbing on trails out of La Espina but we never climbed more than 100m all the way to Tineo.  The view was always steep upwards on our right and a valley to our left with mountains on the other side of the valley.  I took too many photos of this scenery because it looked better from every new angle. 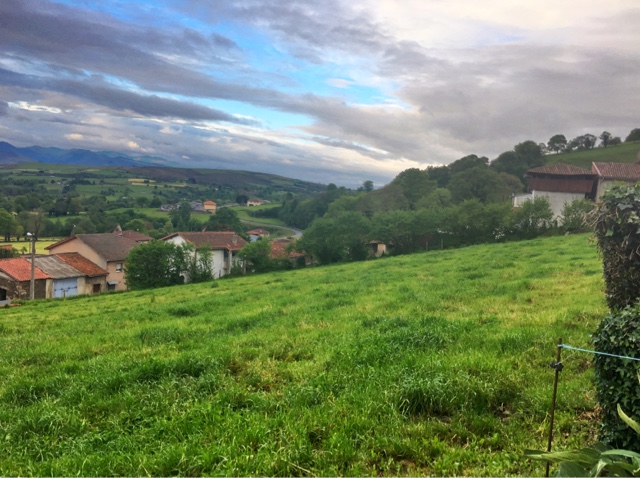 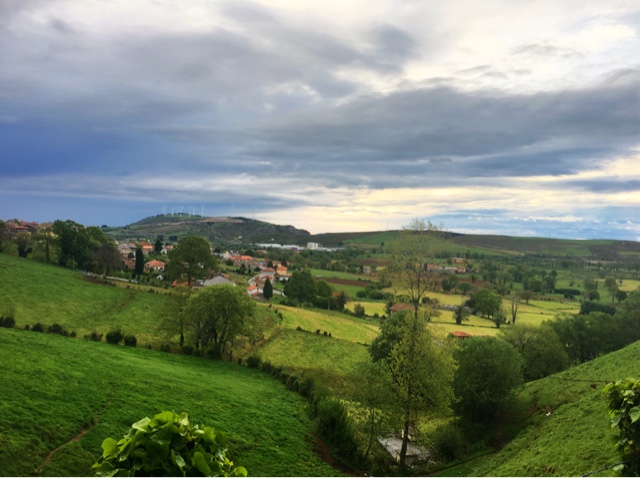 It wasn’t long before Jans, his Dutch friend Gerrit, German Janek of “where do I get a credencial” fame, and his French friend Marta caught up to us, raving about the great experience at the albergue in Bodenaya.  If you are following us, we liked where we stayed yesterday but it sounds like Bodenaya, just 1km before La Espina is a special place.  By the way, Fr. Bart caught up to us too.  We had not seen him since Santander so it was good to catch up.  I mention him here because he celebrated mass with the pilgrims at the small chapel next to Bodenaya.  The things that all of them mentioned that they enjoyed were the warm welcome “would you like a beer?”, the communal dinner AND breakfast, and the speech about how fellow pilgrims are family and need to do things together.  The hospitalero insisted that everyone decide as a group what time they wanted to wake up and that everyone abide by the group decision.  At the appointed hour, “Ave Maria” was played to wake everyone. 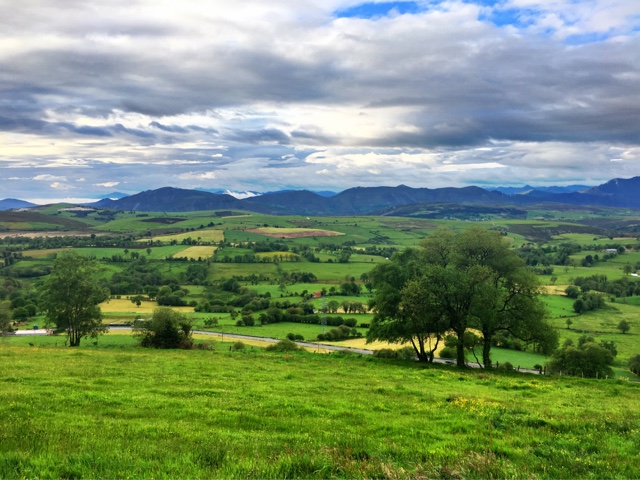 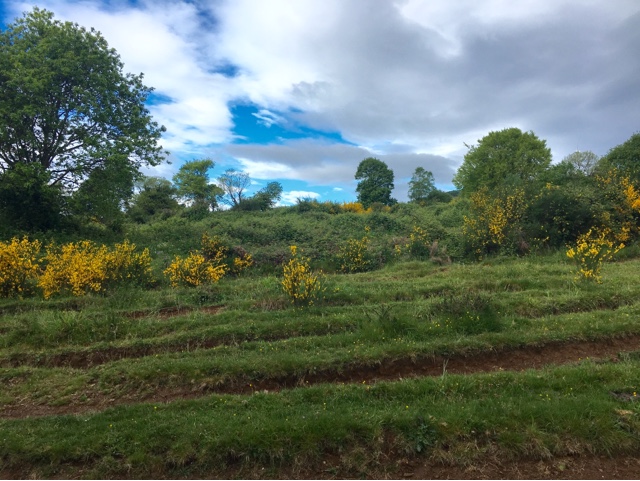 The route today was about 75% of beautiful trails, either in forest or near farmland with fantastic views.  The roads were either the quiet rural lanes, trunk roads with dirt paths next to them to walk on or the few roads through the hillside town on Tineo.  There was a fair amount of mud due to yesterday’s rains but I can’t say that anything was close to being too difficult to negotiate.  We have been lucky with the weather so far, knock on wood.  Rain is common at this time on the Primitivo and it can make some sections impossible to pass without going ankle deep in muck. 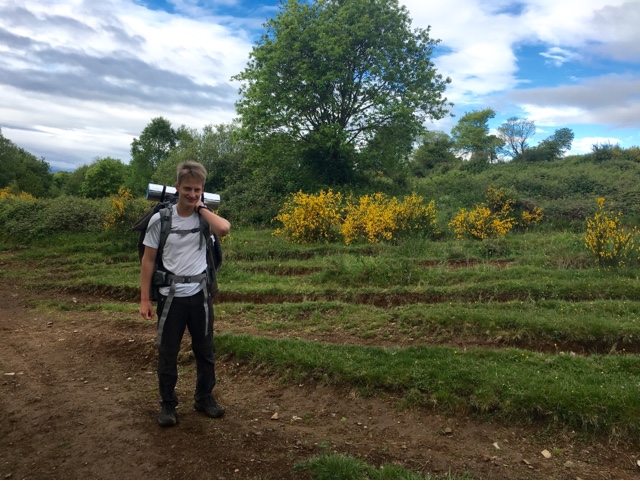 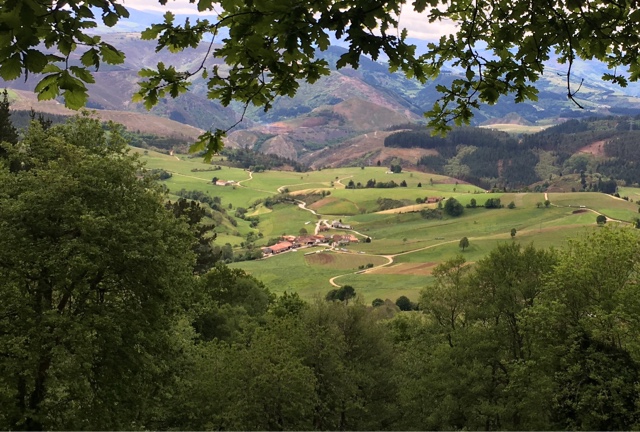 Our original plan was to do a 28km day today and finish in Borres.  That albergue doesn’t have the best reputation but it is the last place to sleep before being able to walk the Hospitales Route tomorrow.  That path is high and deep in the forest but we want to do it.  It requires a minimum walk of 26km between accommodations so we wanted to walk the minimum distance.  For the second time this walk, our plans changed.  Several of our friends reminded us of the Borres albergue being not so great.  They said they might go that far but were leaning towards stopping in one of the three albergues in Campiello, just 2.8km before Borres.  We still were leaning toward Borres but God intervened. About 1.5km before Campiello, we were walking along a road with good views in every direction.  We could see the approaching rain.  It was hard to tell if it was going to pass over or just near us but that called for a conference and a quick walk to town as the drizzling started.  We stopped in front of the Albergue Herminia and a waitress walked out to greet us.  She mentioned that they had private rooms available for 40€ and we were sold.  It’s one of the best rooms we have been in yet and the best part was when we walked inside.  There was Fr. Bart.  Moments later, Marta and Janek walked in and soon behind them Jens and Gerrit came into the restaurant for some lunch.  Hey, ho!  The gangs all here!  The only people missing were the Italian couple that we have walked some with and had dinner with the past two nights.  I’m looking forward to a communal dinner with all of them.  That said, the rain didn’t come down hard until three hours after we arrived.  We would have made it to Borres but we take signs as the come. 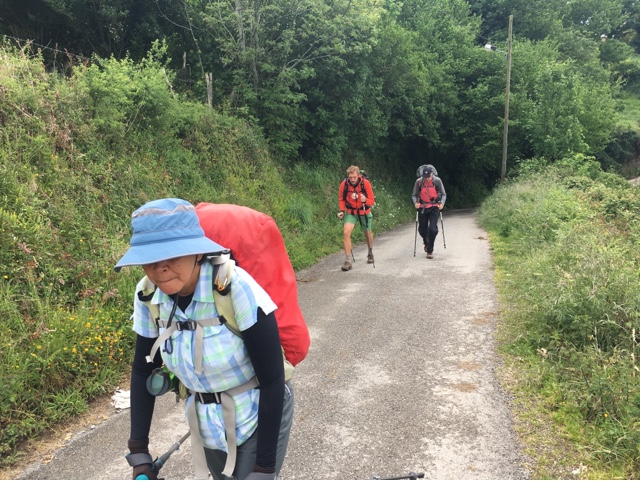 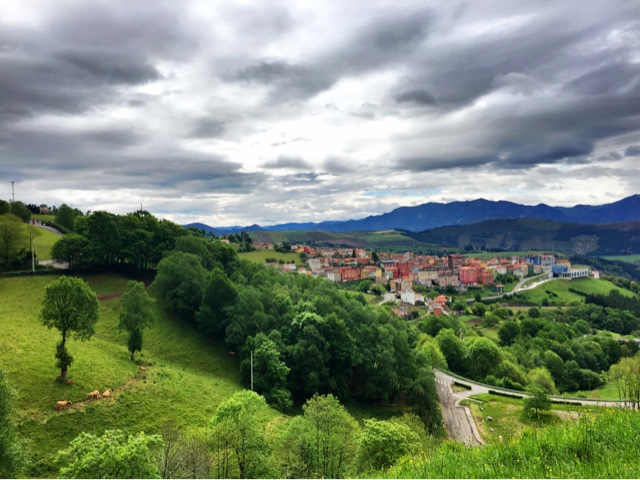 A final thought for the day, never pass up the opportunity to do a small, random act of kindness.  Or as Stephen Grellet said (and my parents lived by) “I shall pass through this world but once. Any good therefore that I can do or any kindness that I can show to any human being, let me do it now. Let me not defer or neglect it, for I shall not pass this way again.”  I say this because when Melanie was walking with Marta today, Melanie mentioned the Frenchman who we walked with yesterday near the end of the day’s walk.  I thought the man was going to have a heart attack so we stayed with him for the last several kilometres.  It wasn’t much to us but Melanie just mentioned it because Marta may have known him (they were staying at the same albergue), Marta said “Oh! That was you!”  During the dinner discussion at Bodenaya, when discussing that fellow pilgrims are family, this man told the story of two strangers helping him that day.  He said he would not have made it to the albergue without the couple who walked with him.  Random acts of kindness are always appreciated and may just cause a ripple effect with it being passed on.
Peace and love y’all. 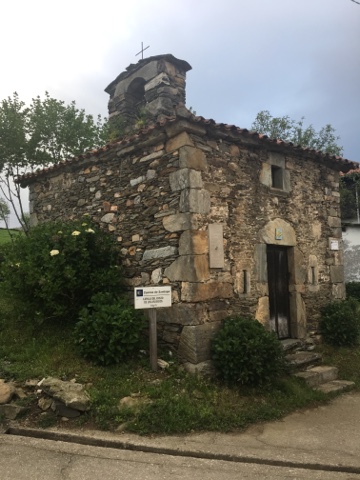 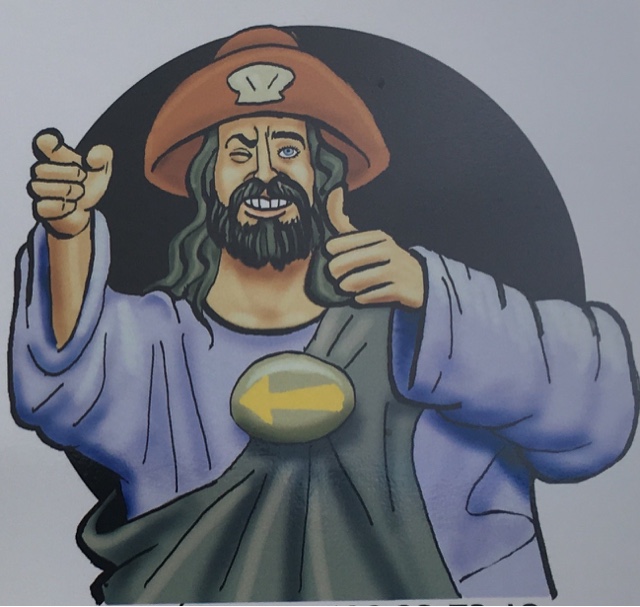 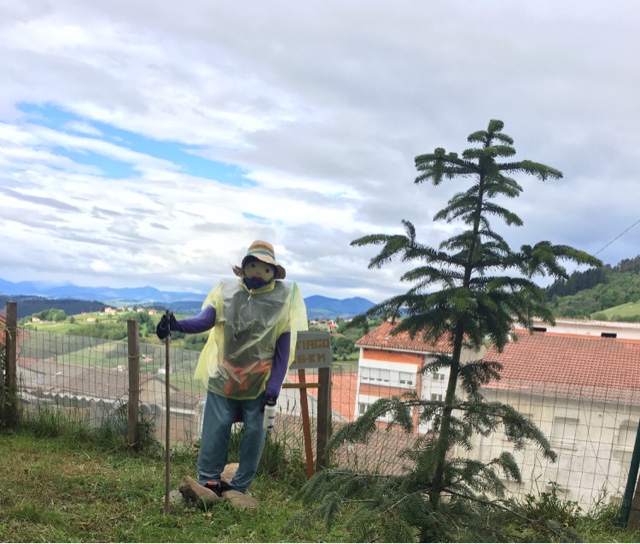 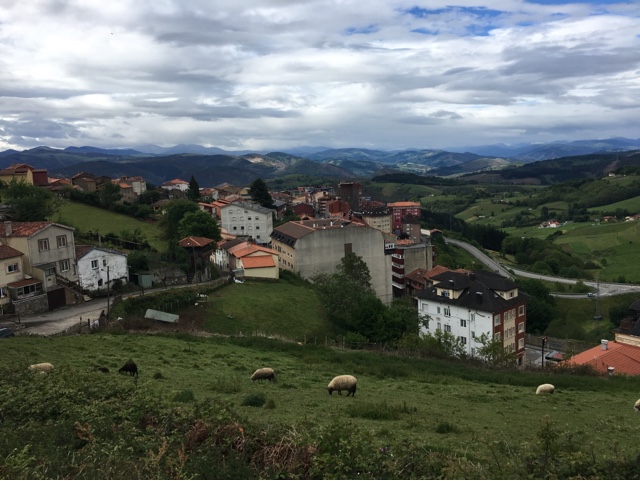 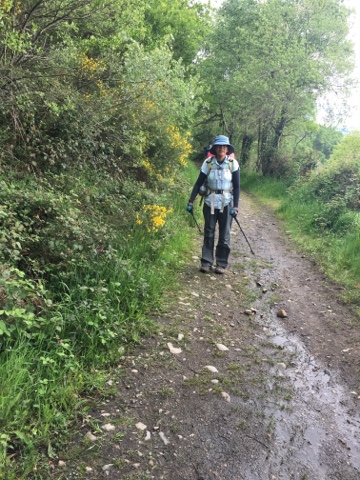 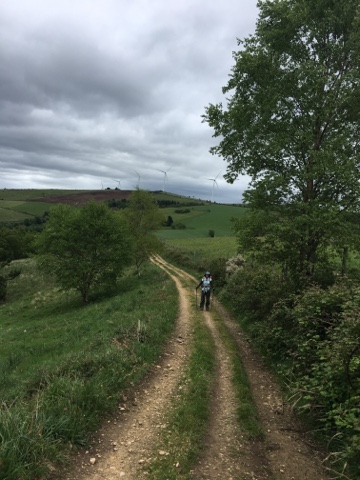 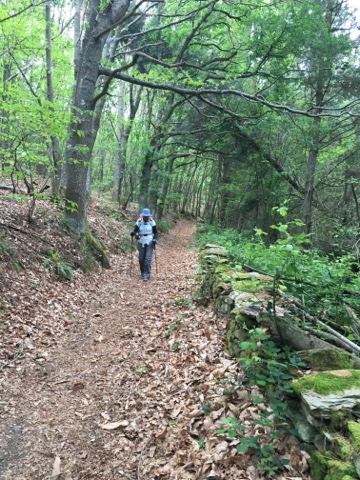