Skip to primary content
With our journey from the past two days, we managed to sleep pretty well despite our circumstances.  As each of us woke up in the morning, we really did have trouble moving under the yak hide but we opened up an eye and tried to figure out where we were.  Almost immediately, the owner of the tent caught our attention and he motioned to the teapot on the boil.  Chai?  Egg?  Prata?  Oh boy!  Breakfast in bed!  After eating and finding a slightly private place outside to pee, we spent a while trying to make friends with the owner’s adorable two year old daughter.

Too soon, we were back in the cars and heading the final distance to Manali.  It seemed like the whole of northern India was heading down this “highway”, still just a two lane blacktop.  By 9:00am, we made it to the small village of Jispa and sat in a roadside stall to rest, get some food and information.  Information seemed to be the key thing here too and everyone was trying to figure out what everyone else was doing.  Were we all heading to Manali and would we all swamp the town?  Would there be enough beds in that town? 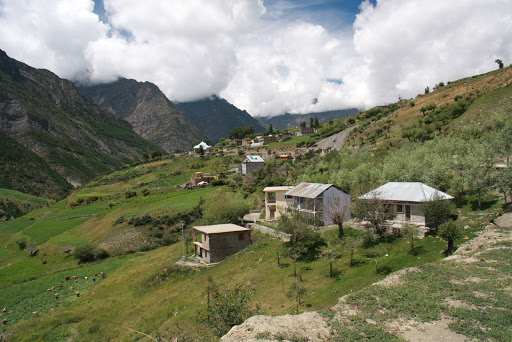 Eventually we made it to Manali and it turned out to be a pretty big city.  The drivers took us to the new section so we could find a travel agent and figure out what to do.  So people want to head down to Delhi and get out of the country.  Melanie and I want to head back to Leh when we can.  We still have a suitcase up in Leh and we’d like to do what we came to India to do – trek – but it’s up in the air at the moment.  There might also be an opportunity for us to help in some way there.  It took us a long time but we managed to get a hotel room in the quaint but touristy old part of the town.  It was a bit of a dump but it was like a palace to us.  The hotel had a hot shower and a warm bed.  We each took a 30 minute shower to scrape off the crud, not just from the journey but also from our time in Tsomoriri.  In our week there, I only had two ice-trickle showers and Melanie used a hot wash-cloth every day to spread the dirt evenly.  Once clean, we just passed out on the bed and had the best sleep in a long, long time.