Our walk has somewhat started a day early and not as planned. When I booked the hotel in Montpellier where we would recover from jet lag, I wasn’t paying attention. We are several kilometers from town but, luckily, not to far from the Chemin d’Arles route. We decided to take a tram to town this morning, get the first stamp in our credencials and then walk back to the hotel after some additional walking, shopping and eating. Tomorrow we will just start at the hotel and walk to our originally planned first stop in Montarnaud. That makes our first real day of the walk very short and we’ve worked out some of the cobwebs today already. 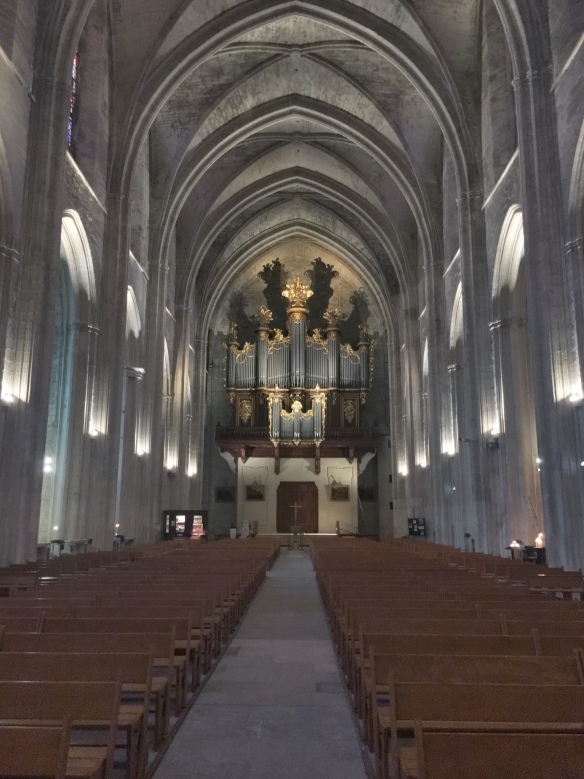 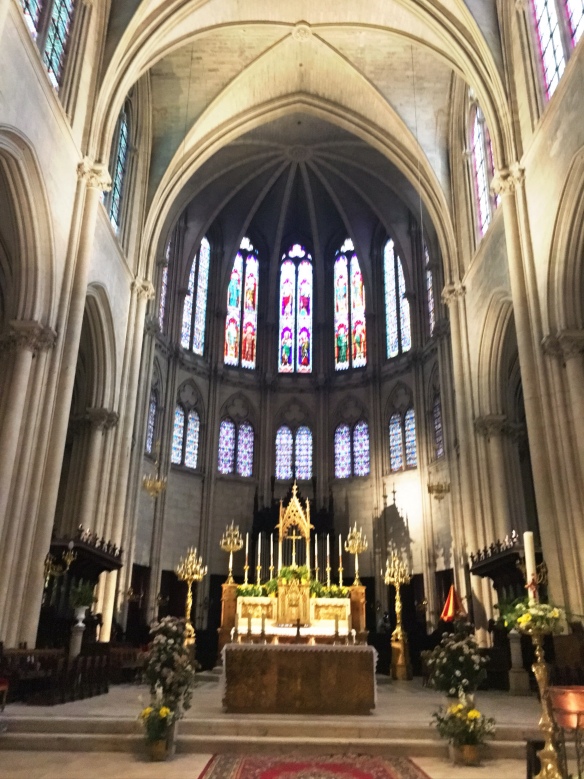 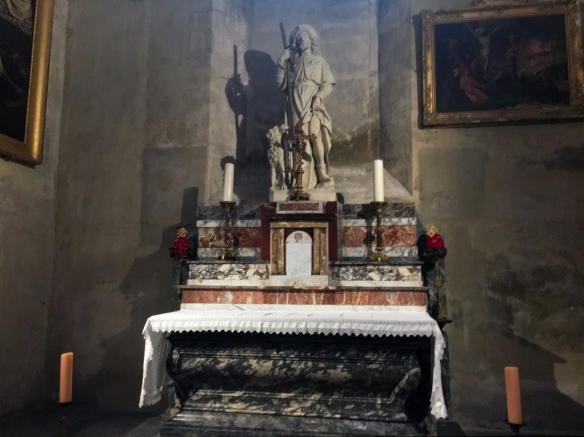 The walk today was quite easy and not too bad for being in a large city. A good portion of it was along the green path formerly occupied by a branch of the lovely Saint Clément Aqueduct or next to the tall arched aqueduct itself. Nothing overly exciting but a good way to start the walk. 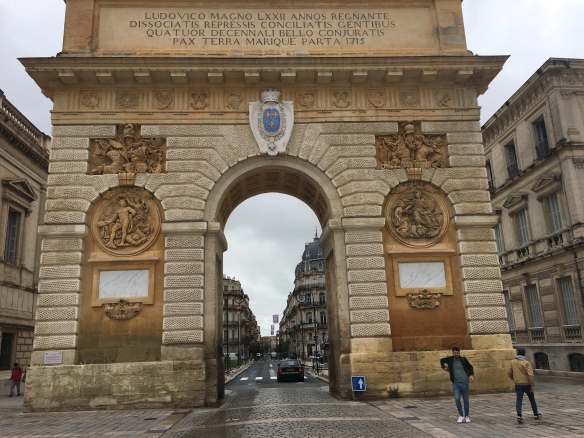 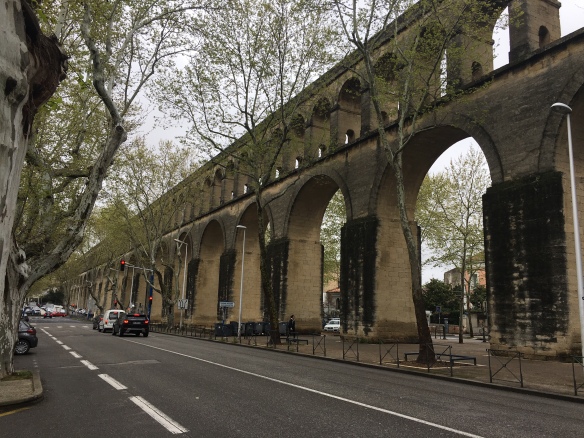 Speaking of a good way to start, as we arrived at the Cathedral of Saint Peter to get our credencials stamped, we met our first fellow pilgrim who was doing the same thing. We briefly spoke because he was walking to Montarnaud today but he mentioned that he was doing a different route than we were. He said he was walking the Via Tolasana, rather than the Chemin d’Arles. I was too jet lagged to think straight and reply properly so I just smiled and nodded. The “Via Toulsana” is actually just an older name for the Chemin d’Arles. It was good to see a fellow pilgrim anyway.

For anyone following us, the first route marking we saw was several kilometers from the cathedral, at the start of the green path of the Aqueduct. After that, it was possible to follow the red and white blazes of the GR653 fairly easily. It was still comforting to carry my phone with maps.me GPS though. We never made a wrong turn.

And finally, a special Happy Birthday to my Dad. He would have been 88 years young today and likely celebrating surrounded by three dozen sprinkles, offsprinkles and sprinklelettes. It’s okay though. He is celebrating with Mom so he is happy. 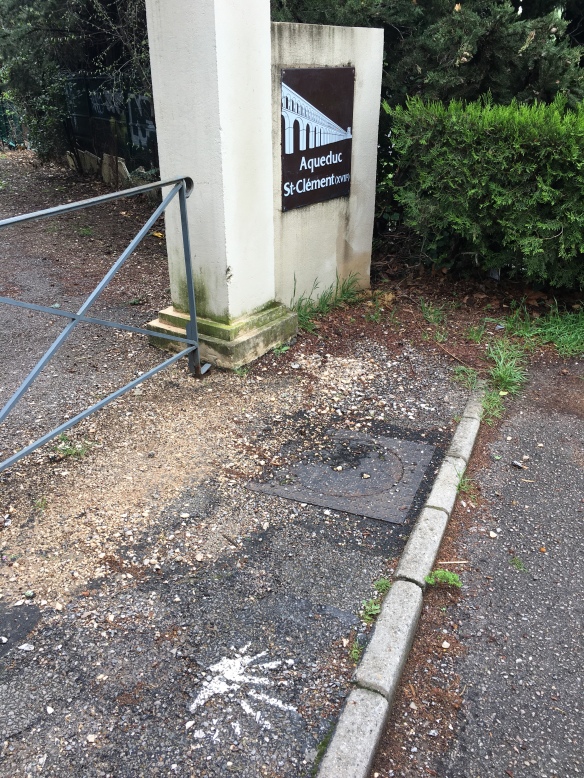 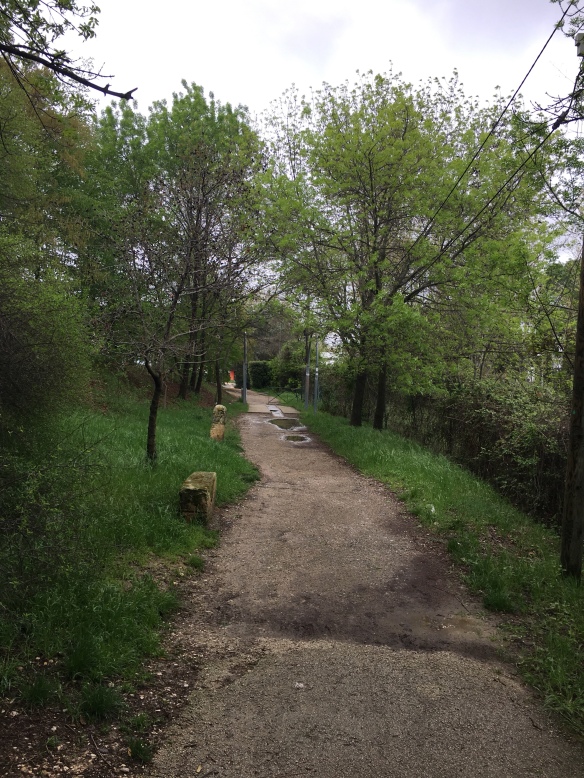