I’ve had a little trouble sleeping with worry over this stage. We knew it would be a long hard one but preparing ourselves mentally, sometimes is harder than preparing physically. We had built up some with smaller stages earlier but I kept thinking back to the walk into Santarem which was only 33km and flat until the climb into town. This was four kilometer longer and much hillier. As it turned out, we worried too much. It was hard alright but even when we finally got into the hotel, I figured we could go a few more kilometers if we had to, but I sure didn’t want to.

As we set out from São João, I commented that the sky looked like it would finally not produce another freaking rainy day.  Melanie quickly replied, “Great, now you can go back to complaining about the heat again”.  She really knows me.  With worry and other things on our mind, we missed one right turn that would have taken us on a quiet road / trail, rather than along the busy N1 into Malaposta but it was not too bad as the road actually has sidewalks for those 3.5km.  A good portion of the walk today was over an old Roman road. Some parts were the original, Roman version of cobblestone (big-ass stones) but other parts we just dirt paths or paved over portions. At one isolated part, a tiny older man stopped to chat with us. As best as I could understand his rapid Portuguese and miming actions, he was trying to convince us that walking was a good exercise.  Duh.

Near Vergada, we had a chuckle when some guy rode past us on a bike.  I happened to turn in time to see his face and the first thing I though of was Beetlejuice with Michael Keaton in full makeup, just without the costume. When he passed us though, we saw that his jacket was emblazoned with “Macho Latino” across the back. Strangely enough, only a few hundred meters further on, we saw an old poster pasted to a wall announcing that Macho Latino was going to be the guest host of some local live show. And we didn’t even get his autograph.

As we entered Grijó, we stopped for lunch in a bar not far past the entrance to a monastery. The bar was tiny but packed with almost exclusively older men who sounded like they were arguing politics. With our backpacks, walking sticks and sweaty bodies, I think we managed to bump into every single person when moving to the back to find a seat. No one seemed to mind though and we were welcomed after ordering what everyone else was drinking, a mix of local white wine, some soda like Sprite and a teaspoon of brown sugar.  It tasted cold and delicious and hit the spot on that hot afternoon.  The fun part though was when the bartender realized we didn’t speak Portuguese (which didn’t take long), he pulled his wife out of the kitchen to get our orders. She also only spoke to us in Portuguese but she understood our sign language and broken Spanish just fine.  I figure the husband is a language chicken. As we continued around. Grijó, at first I was impressed, then amazed at the length of the wall of the monastery (we walked only two sides which was at least 2km). That place must be HUGE!  There is supposed to be an albergue in the town, perhaps at the monastery, but we didn’t see it. We did, however, see a half dozen sign advertising it since Ferradal.

After Grijó, we met two young Scandinavian or Dutch women walking toward Fatima. After most of the route from Lisbon done without seeing more than a handful of pilgrims on the road, it was nice to have a brief chat. It wasn’t long after that though that the first drops of rain started and it came quite suddenly and with a good amount of vigor. We climbed the rocky trail of the Serra de Negrelos while it was pouring which made it more of a river walk than a hike.  It stopped as we reached the top though so we were left with raincoats soaked with rain on the outside and sweat on the inside. We ourselves were just soaked on the outside.

If you are following us, note that there is no marking that we saw in the Serra de Negrelos.  That was no issue heading up but once you hit the top, there are a few trails.  If there was not a man at the top that directed us down a small trail (a sharp right turn just after the summit), we would have continued forward on the main trail. I wasn’t convinced that we were heading the right way, particularly as it ended up in a fenced up construction site but we found a whole in the fence and got onto the parallel road. We were us surprised and thrilled to find yellow arrows just a little further down the road. Also, after we pass over the A29, we essentially stayed on the same road, all the way into Porto. Arrows along this route in town often are hard to spot but just have faith and keep on the one road all the way in.  If you are using Breirley’s guide, I can assure you that his map is not drawn to scale or his distances are really whacked up on the last 7km.

During the final descent towards Porto, I can not describe the joy we felt in arriving. Seeing the cathedral spires not so far away, in some ways was like we were walking into Santiago itself. The town of Porto is stunning to behold from across the river and on the high bridge.  I would have kissed the ground when arriving at the cathedral but I knew we still had the find accommodations. There is a tourist office next door but they basically said that almost everything they knew of was full.  They called a B&B for us to no avail so we went out looking on our own. We tried a few hostels but everything was “completo” so we gave up, sucked up and checking into a fancy hotel. It was late and we just wanted to rest our bodies and clean up.  That’s what credit cards are for. As a surprise for us, we ran into the Spanish couple.  They somehow arrived at least a couple of hours before us. I know we walk at the same pace but they may not have stopped as long as we did or they used a train or bus. Either way, it was good to see fellow pilgrims.

Random note for the day: we’ve seen more and more horreos over the last two days. Are we really getting that close to Galicia? Horreos are unique grain storage structures that I have only seen there. Google it but a photo is below. 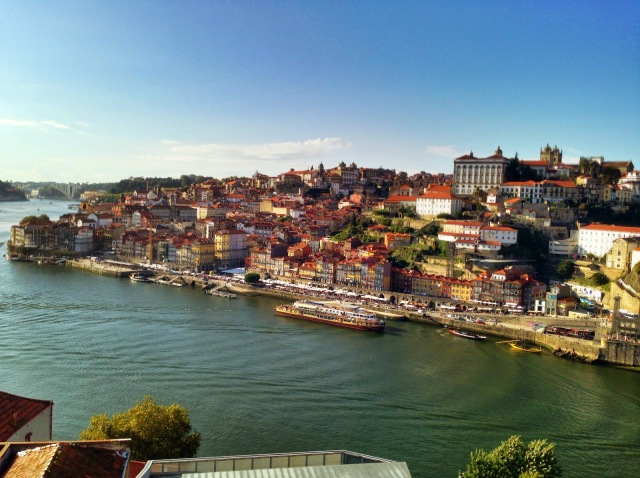