Tomorrow’s destination, Gallur, is 36 km from Tudela. We had to plan a little bit ahead because there is no way I am walking 36km if I can help it. Today was only supposed to be 24.6 km so once we arrived in Tudela we checked into our hotel and took a taxi 6.5 km to the next town which we were scheduled to walk to early tomorrow morning. Of course we left most of our backpack contents in the hotel before we did that final 6.5 km. It’s not really cheating but it’s close. This will even out the two days a little bit and make tomorrow’s distance tolerable. 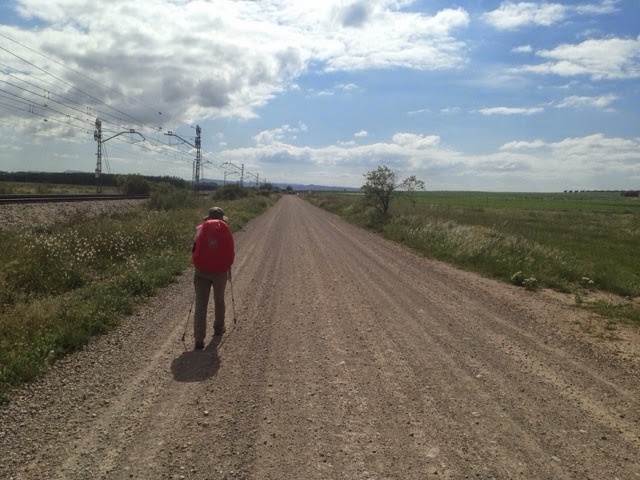 While leaving Alfaro we walked along the designated path through ugly and cold little lanes. I’m not sure why the Camino made us go that way. There is so much more to see that we are missing. Once outside of the city we reached a road running parallel to the ever-present rail line and we walked along that road 5 km to Castejon. 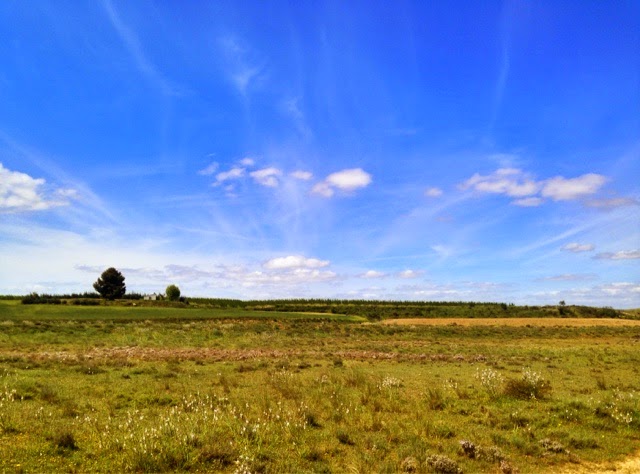 We had a short stop for a second breakfast and bathroom break just inside Castejon which led to some confusion. When I went to find the bathrooms I saw an arrow with a sign that said “Aseos”. Great I was heading in the right direction but when I turned where the arrow was I was faced with three doors. The first door had an “S” on it, the second door an “MI” and the third door a “C”. Where were the little pictures of the cowboys and little girls to tell me which room to go into? I figured that the “S” probably stood for Signoras but it could also stand for Signor. The “C” could stand for Caballero but it could also stand for Chica. I have no clue what the “MI” stood for. I took a chance and aimed for door “C” and was thrilled, possibly for the first time in my life, by the sight of the urinal. After that fun, we continued straight through that city without further drama and out the other side back to the railroad track. 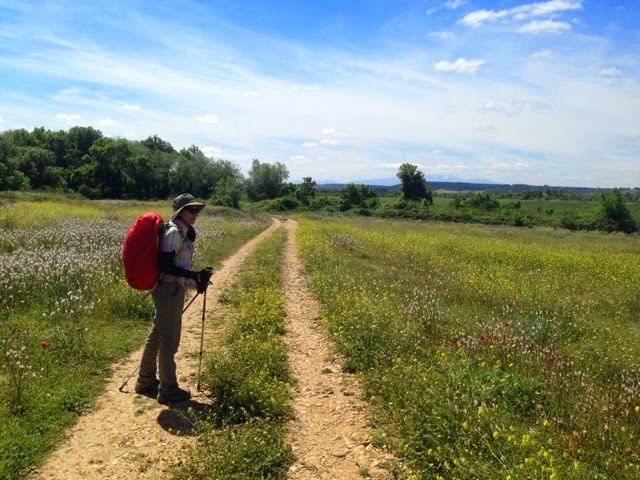 Most of the rest of the way to Tudela was along that single road next to the railway line for the next 20 km. There was an alternate route advertised that takes you along the Ebro river. It adds 2 km to the total distance but the walk was worth it, if only to get off the road and away from that railway track. 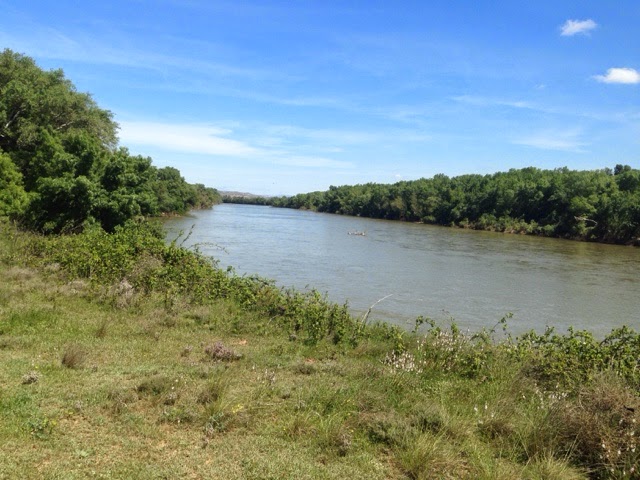 The river route undoubtedly did give us the best views of the Ebro River, as advertised, that are available on this Camino. Unfortunately that is not a high bar. We could see a little of the river but it was not all that spectacular. It was definitely better, however, than the blacktop road and railway line. 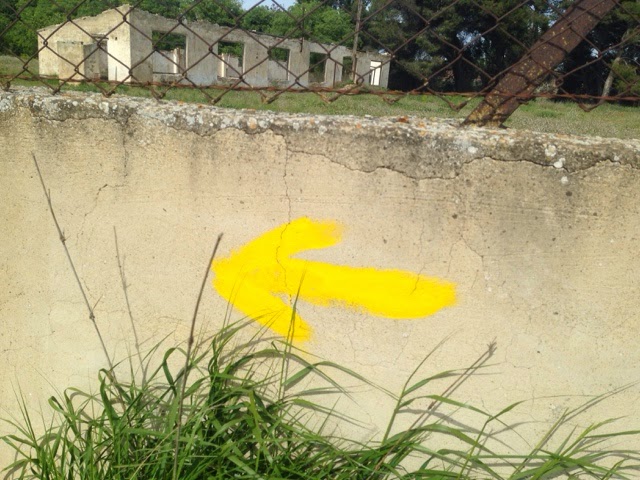 One thing I haven’t spoken much of yet, I think, are the storks that we see along the way. As in many parts of Spain, stork nests are on every high steeple or roof in town. Some buildings have dozens of these nests on them. We are right now in the middle of the nesting season where the babies have already been born but haven’t yet started to fly. We can see them poking their little heads above the nests whenever the parents fly off. This is our third Camino in Spain but our first during the spring so we normally only get to see the empty nests.

I have a special shout out to my brother, Stuart, who is today celebrating the same birthday that I did last year. I was always impressed that Stuart learned more in four years with the Jesuits than I did in eight. Happy birthday Stuart!

Back on the trail after we reached Tudela, there were two things to note. First the taxi driver who took us to Camino del Bocal seemed to know exactly what we were doing and where to go. He must have done this for other pilgrims several times. Also, as we arrived back in the main plaza of Tudela, just around the corner from our hotel (the lovely Hostal Pichorradicas), we ran into the four Germans sitting in the plaza and having an afternoon beer. They invited us over for a drink and a chat which was extremely nice of them. There aren’t many pilgrims to socialize with on this Camino so it’s good to do it when you can.

For those following us, the advertised river route is the 24.6 km distance. Taking the boring road would knock 2 km off of that.

I need some sleep.