Today’s walk was a long, hard stretch along the canal for 16km or so and another 12km along a rail line. The other 2km were along a busy road between Cortes and Mallén. The canal had fairly fast moving water that was going in our direction and I would have loved to have gotten into a canoe or a raft and just floated with the current. Swimming with my backpack was out of the question… but I did think of it. It was a very hot 25°C with full sunshine and not a lick of a breeze. 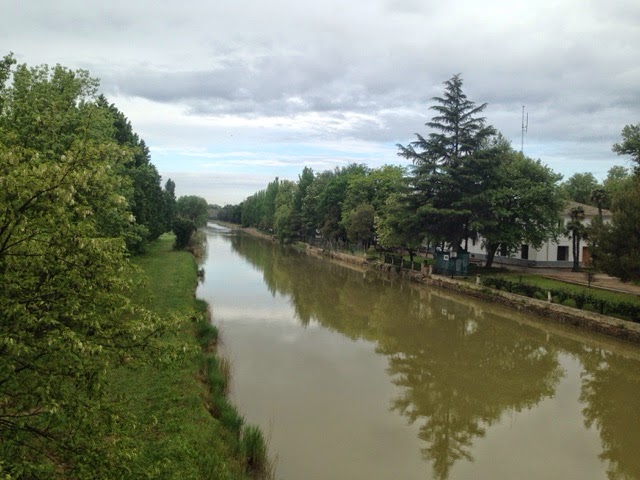 After a little bit of breakfast, we headed out of the pedestrian only area of Tudela to catch a taxi back to Camino del Bocal to pick up where we left off yesterday. It was chilly at that time but I believe our taxi driver from Guinea knew that it would heat up later in the day because he thought we were a little crazy to be walking to Gallur. 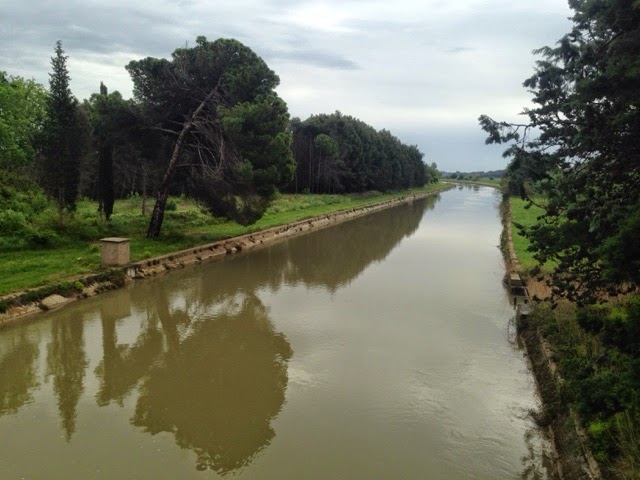 After a quick 6 km along the canal, we stopped in for a drink, snack and toilet break in Ribaforada. The bar was fairly well packed with men for 11:00am on a Wednesday. Continuing through town, we ended up at the railway track, our companion for the next 12 km.

I am still trying to get my mind into a meditative state as I walk but along the rail line, I’m still like a kid when the train goes by. I have to try to get the engineer to blow the whistle for us. I’m successful about half the time here but it’s the effort that counts. When that, as well as taking your shoes off, is your simple joy for the day you know you have the simple life. 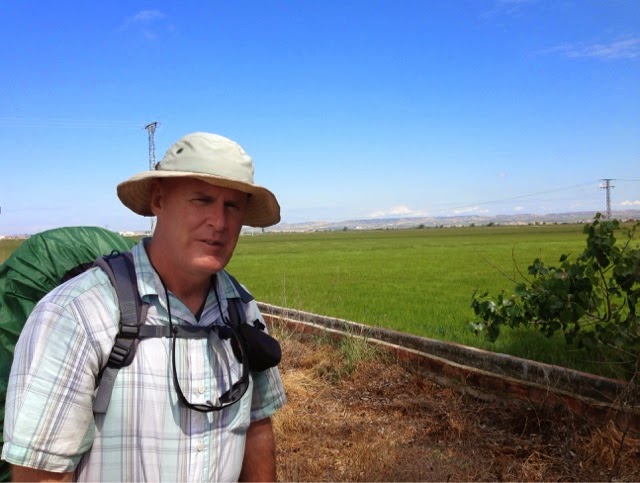 In Cortes, we stopped for lunch in a bar just close to the castle and church. The 12th century castle was the home to the kings of Navarra for a time. This is also in the region of Aragon, but I didn’t see any evidence that Catherine stayed here except for a heart that was carved into a nearby tree, with “CofA & H8” carved inside. Actually, the original carving, which someone defaced, said “CofA & A, POW” but I will let English history buffs sort that out.

The walk from Mallén to Gallur was almost exclusively along the canal again and it reminded me how thankful I was that we did some of today’s walk yesterday because we really were dragging a bit. 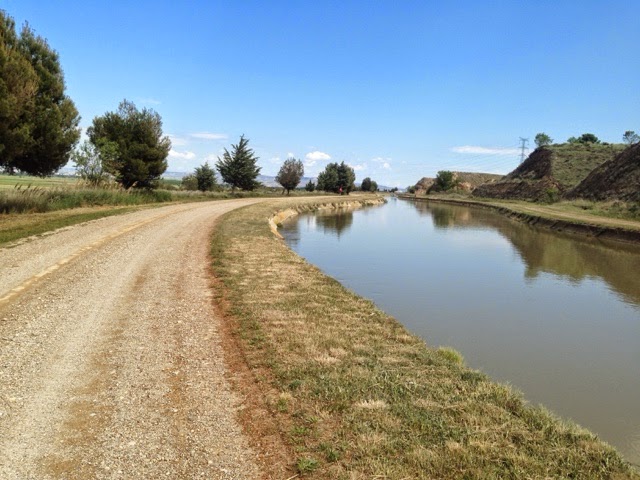 We are staying at the Hostal El Colono, which appears to be the only option, other than the albergue at the train station on the edge of town. El Colono knows they have a monopoly because their rates are fairly steep and the attention to details in the room somewhat lacking. For example we are able to get very hot water out of the shower and the sink, but only when we turn on the cold water tap. When we turn on the hot water tap, scalding water comes out.

We met up again with our German friends (Engelbert, Willie, Alphonse and Dieter) for pre-dinner drinks and to talk about the trail. Today they did not want to walk along the railway so they did their entire walk along the canal. They hate walking on roads or next to rail lines so they ofter make up their own routes.

For those following us, about 7km past Ribafirrada, The road that parallels the rail tracks that you walk on will start to fork away to the left. This is the first time that it happens and you really have to be careful not to follow the road. The idea is you cross a plowed field to get to the rail line and walk along the rocky bed of the railway. It is only about 500m but I would still be careful if a train came by. You want to get as far away into the surrounding brush that you can. Fortunately, we did not have a train pass us during that time we were so close to the line. Once on the other side of the farm, you will see arrows that lead you back to the road which now leads away from the farm. It is not too long after that that the road actually is supposed to move away from the rail line before turning south into Cortes. 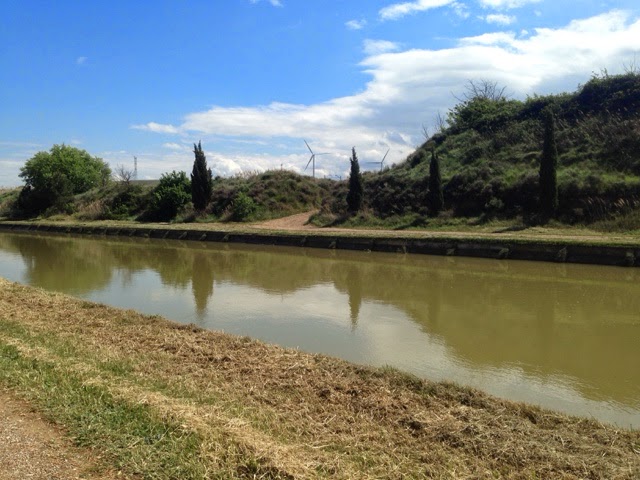 Again it was a long day and all we had time to do after arriving close to 5:30pm was wash up, wash our clothes, rest a little bit, prepare for tomorrow, start the blog then head out to dinner. As always, our Spanish dinner lasted until 10:30pm so it is late and I need some sleep. I am, however, looking forward to tomorrow’s walk. It looks like it’s mostly along the road but it is a delightfully short 22 km. After the past two days, I’ll happily take that.

One last thing I just remembered, during breakfast we were watching the Spanish news and we saw what was happening in my hometown of Baltimore. I assume that I am not the only person who does not understand the connection between protesting a man’s death and setting our city on fire. When has violence ever lead to justice? I guess I have another thing to pray for tomorrow.