Today we started walking from Gallur to Luceni along the Camino Real, the road which St. Ignatius would have taken, according to his notes. I don’t think, however, that in his time he had to navigate the 8km stretch with so many speeding cars and trucks passing so close to him. This road has no shoulder and actually most drivers did give us space and many also waved to us as they passed. 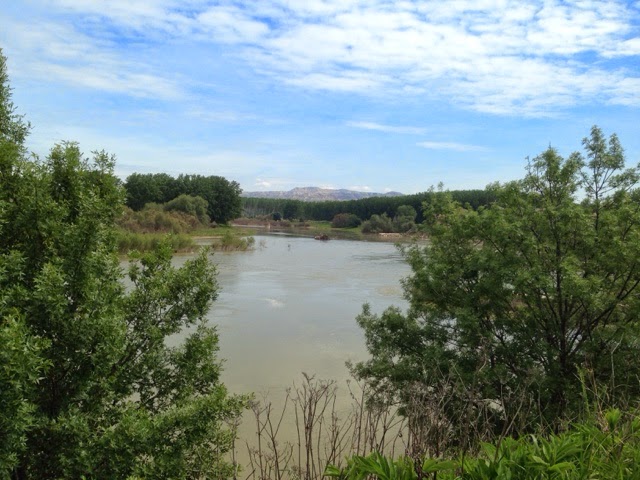 There is a famous story about Ignatius on this part of his journey where he argued with a Muslim about the virginity of Mary. He became so angry with the Muslim that after the Moor rode ahead, Ignatius wanted to chase after him and kill him. Ignatius, however, was not sure if that was God’s will. Ignatius decided to leave the decision in God’s hands so he dropped the reins of his horse and allowed the horse to either take the left fork along the path where the Moor was (indicating that Ignatius should kill the Muslim) or take the right fork (and spare the Moor). Legend has it that the horse took the right path and there was no killing that day.

First, to me that sounds like Ignatius left the decision to the horse rather than to God. Also, we can assume that the Muslim was an older merchant because if he was a young man, a soldier or in the ruling class he would have been driven out of Spain 30 years prior. But what if Ignatius had to duel someone who was younger and stronger and who may have beaten Ignatius?  Imagine how different the world would be today. 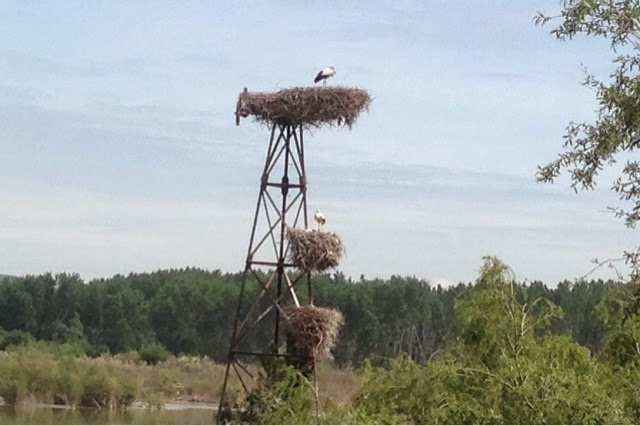 That story reminded me of another story about bargaining with God that was told by a Jesuit. One day a best man was running late for a wedding. His car came screeching up to the church with just a few minutes to spare but he could not find a parking space. The best man raced around the parking lot and nearby streets, looking for a place to park. In desperation, he called out to God and promised that if God found him a parking space he would go to mass every Sunday for the rest of his life.  Just then a car pulled out from the spot right in front of him and the best man said “never mind God, I got this”.

Now I am not sure if God decides things the way Ignatius believed or if he bargains like the best man thought but either way, you better be able to hold up your end of the deal, just in case He does. 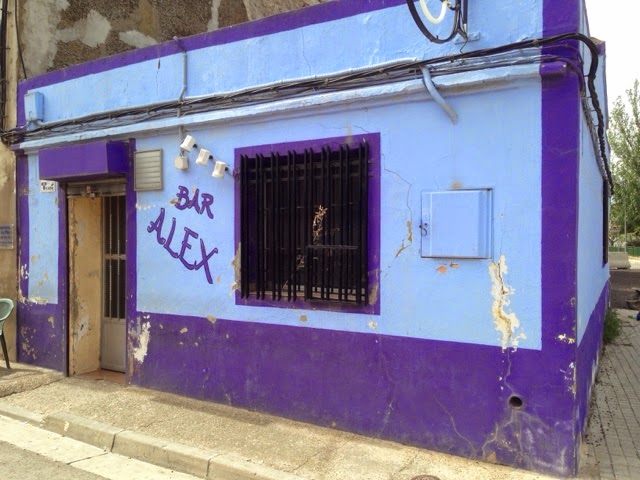 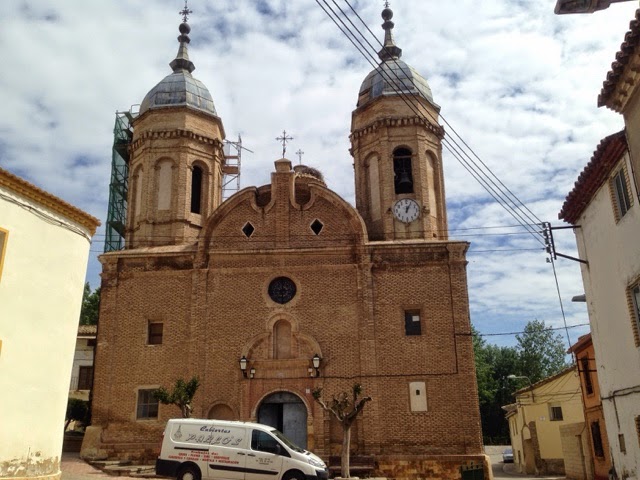 The next 6 km took us on a quiet back road and track. We went through the village of Alcalá de Ebro and detoured a little bit to go into the church. On the French route of the Camino de Santiago, you are always guided past the village churches, but it is more rare on this route so we purposely detoured a little to visit and pray there in Alcalá. The lovely little parish church was worth the added steps.

In Alcalá, we also ran into Antonio, who must be a local celebrity (character?). He happily chatted with us for ten minutes and told us so many interesting things. I just wonder what he said though because his rapid fire Spanish on so many varied topics meant I caught about 5% of what he meant. What I did catch was that he had a room for rent in town, that we really should stay there instead of going to Alagón, that I am a Yankee and all North Americans speak Spanish so he didn’t need to slow down, and finally, it was a terrible tragedy in Nepal. We pulled ourselves away and headed for Las Truchas Bar, just a bit past town. Now that is a great place to stop for a quick bite on the Camino. 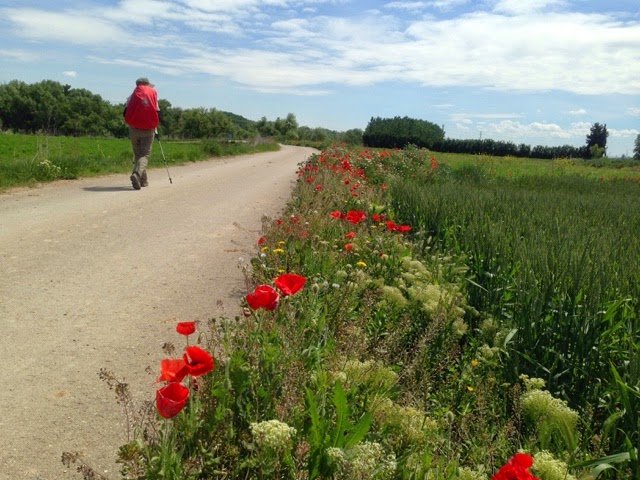 Further on up the track, we reached Cabañas de Ebro which looked like it had already closed up for siesta. We took one wrong turn there and it turned out to be a good mistake. We found a man selling fruit and vegetables out of the back of his truck. We bought two pears for 0.50€ but he saw that we were pilgrims. He threw in and extra four oranges and then cut us another one so we could eat it right away. On this sunny, hot, dry day, that orange tasted like manna from heaven. 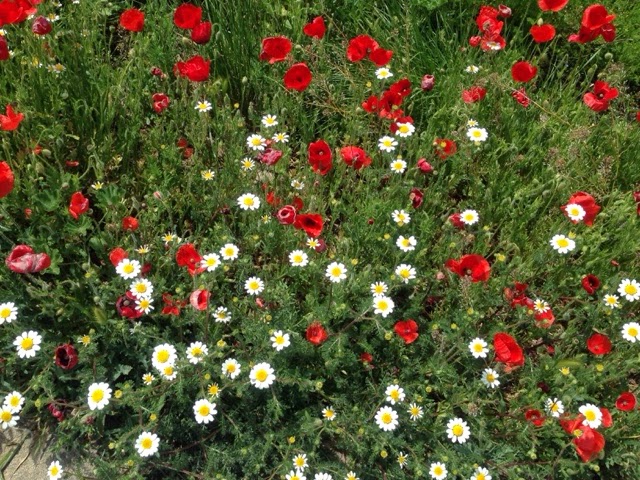 The rest of the walk into Alagón was uneventful despite the 3km on a busy road. We arrived at the Hotel Los Angeles about three minutes before the Germans. I don’t know yet what route they took but they left Gallur five minutes before us. 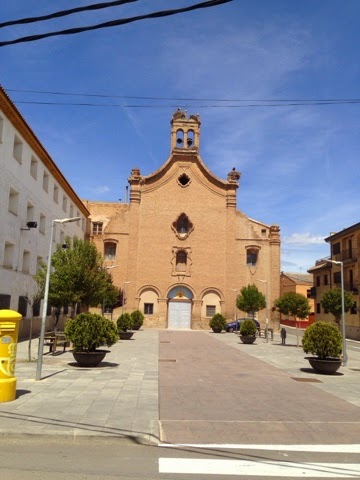 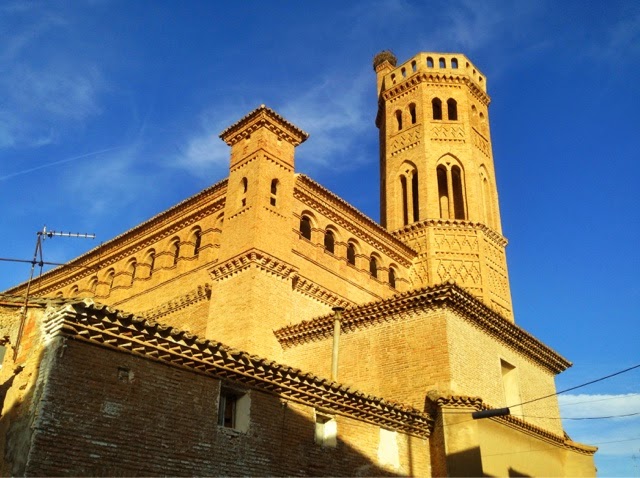 With the short day today, I managed to write the blog before dinner. Maybe I’ll get some sleep tonight and I’m hoping for fewer typos too.

About two kilometers into tomorrow’s walk, we will have passed the halfway point in our journey. As always, we will celebrate by holding hands and sharing a kiss as we cross the threshold, and then getting back to the crunch, crunch, crunch of walking on the gravel. We are just too wild.

Edited to add that we just had a private tour of the 18th century Jesuit church, San Antonio de Padua. It contains many beautiful original paintings and artifacts including a wooden altar that I understood came from the wood of St Francis Xavier’s boat that he sailed to Malacca and Japan. Some of my Singaporean friends will know the story of St Francis’ crucifix being thrown into the sea and hitting the crab. The crab with the cross on it is depicted on the front of this altar.

A walk around the Jesuit church and the nearby 13th San Pedro Apóstol church with a Muslim look to it, revealed street names and associated symbols that showed that we were in the old Jewish and Muslim quarters. The secrets of the beautiful village were described to us by a retired woman who taught history at a nearby university and lived in the village her whole life. Her enthusiasm for the town was infectious. 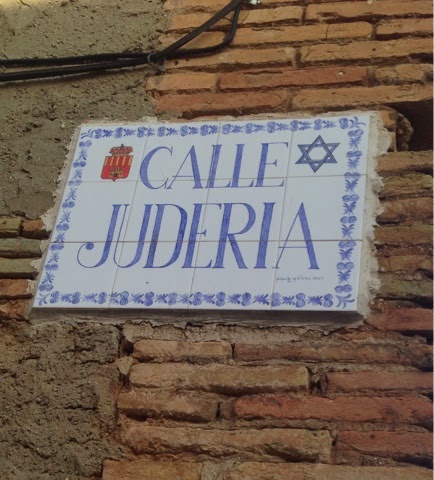 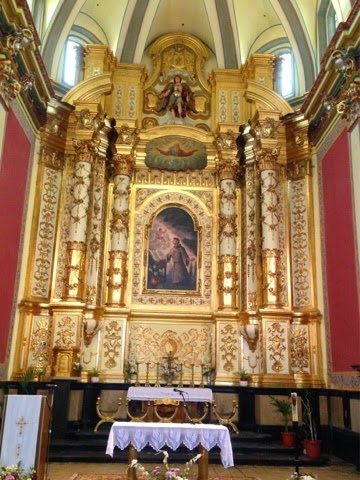 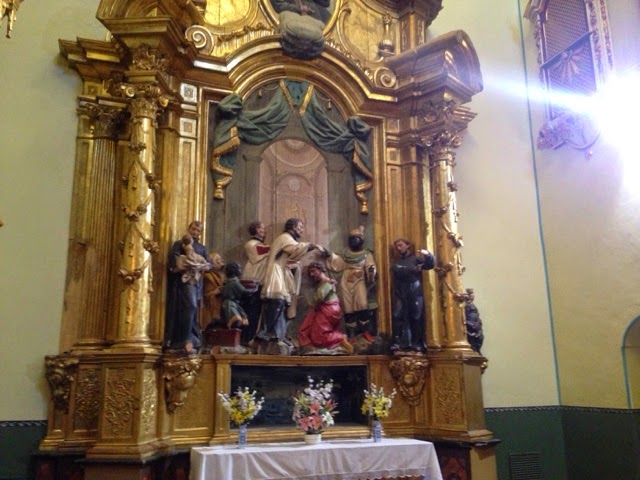