We knew this was going to be a long day so we needed an early start. An early start was not going to be an issue with 14 people sleeping together in a fairly small room. The snoring was not too bad (apparently except when I was actually asleep!) but I can never sleep very well when there are so many people making other noises either.  At 5:00am, one person was already up and packing to go.  By 6:00am, most of the Italians were up and whispering to each other.  By 6:30am, they were at full volume arguing or discussing a variety of topics.  With no end in sight, Melanie I got up and prepared to leave.  Somehow Anders managed to sleep or at least keep his eyes closed until 7:15am when we were the last three pilgrims around.  We told him we would see him further down the way – he walks much faster than we do – and left him to get a few minutes of peaceful snoozing.

The advertised distance of today’s walk was 32.3km which is beyond our preferred mileage.  Our legs were also still shot from the mountains and extra climbs / descents around Massa.  We decided to shortcut a little bit at the very beginning and the very end in order to lower the total mileage.  This meant walking a bit more on the main road out of Pietrasanta and into Lucca but neither walk was boring or dangerous.  In fact, the walk out of Pietrasanta was a whole lot more pleasant and beautiful than the walk into the city yesterday. 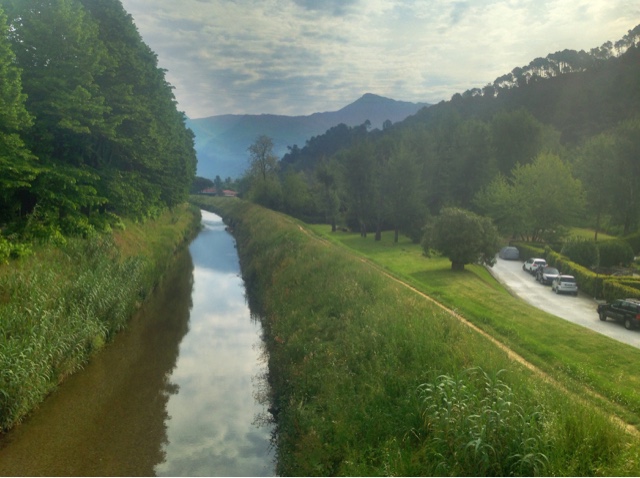 After rejoining the official route about 4.5km east of Pietrasanta, we headed to the nice little town of Camaiore where we had our first breakfast (not counting the one we had in the piazza, just in front of last night’s ostello). We met several of our roommates from last night there.  Heading into that town though, we also passed by a woman in her yard trying to teach her beautiful parrot to talk.  She entertained us for a while but all I could think of was that the bird’s squawking sounded a lot like this morning’s discussions among many of the pilgrims – full of sound and fury, but signifying nothing. 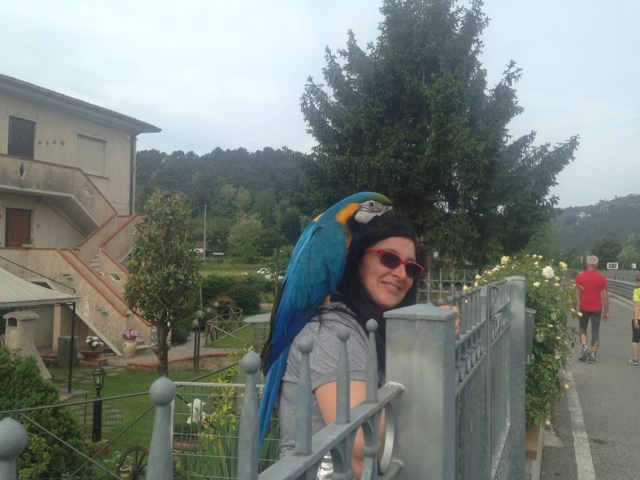 Soon after breakfast we were walking through the balance of Camaiore when Anders came up from behind us.  I told you he was fast, but it was not long before he stopped for a bite himself. He would catch up to us soon enough.

In the little village of Pontemazzori, we noticed that the doors were open at the church of Sant’ Andrea Apostle.  We stepped inside to have a quick look as we have not seen the insides of as many churches along the way as we would have liked.  There seemed to be a little beehive of activity around the church but we did not know why.  As we walked in, one older lady followed us and overhead my whispering to Melanie.  The lady then looked very disappointed for some reason.  She put on the sourest face possible and asked “Inglese”? We both responded that, yes, English was our preferred language. The woman then shrugged her shoulders and was about to leave as I started to say my usual line “Siamo camminando da Vercelli a Roma”. That brought a smile to her face, the kind of smile that would make a normal person cringe in fear.  I should have taken the cue and run up the next little mountain. The woman then went into great details (all in very fast, no-breathing-between-words Italian), explaining all about the local festival of the Ascension (used to be Thursday but now Ascension Sunday?!?) the beginnings of this church, who designed it, who paid for it to be build, etc.  After her long soliloquy, she lead us the hall next door where they have put together a little museum of the Via Francigena through their village. They had lots and lots of pictures of recent pilgrims, old houses on the route, ceremonies blessing pilgrims, etc. and the woman now explained every single picture to Melanie, again in fast, unbroken Italian.  This was going to be a long stop.  Then Anders walked in.  He was noticed before I had a chance to warn him and he got the tour too.  At least we got some pilgrim biscotti out of it. 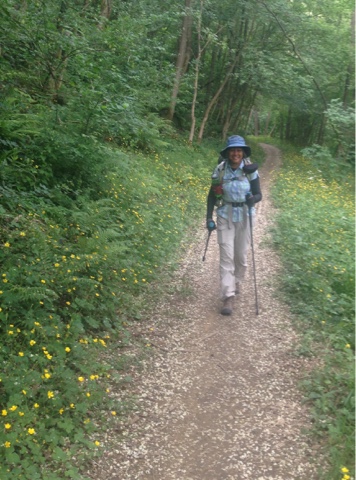 After that break, we had today’s forest trails and two small climbs / descents through Montemagno, Valpromaro and Piazzano before beginning the long walk into the large city of Lucca.  As noted, once we crossed the Serchio River, we took the main road into town, rather than following the river to the north of the old walled city centre.  We still found that portion to be enjoyable.  Rain threatened many times after our stop for lunch in Valpromaro but it never did more than a light sprinkling so we never even put on our rain coats. 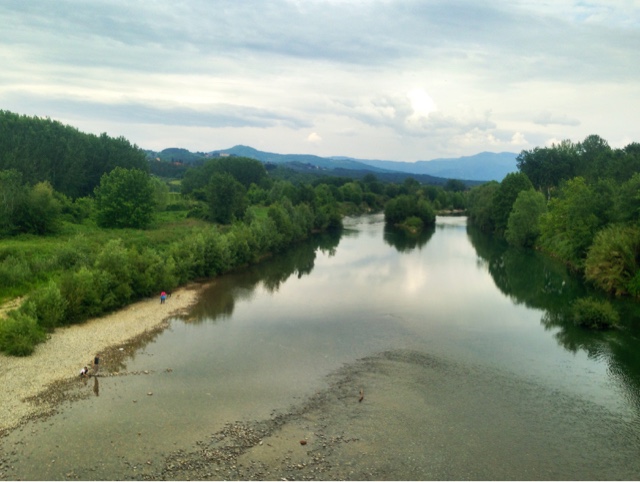 Arriving after 5:00pm, we did not have much time after locating a hotel and doing the washing, but what we have seen so far of the stunning old walled city, it is impressive.  We are planning to take the day off tomorrow to rest and do some sightseeing around Lucca and possibly over to nearby Pisa.  The place where we are staying (Piccolo Hotel Puccini) is just next to the central and beautiful Piazza San Michele.  We budgeted for a nice hotel (which it is) for these two nights and the cost was not as much as we thought (85€).

By the way, one of the other reasons we are taking a rest day tomorrow is to celebrate.  I calculate that we have walked 422.8km so far.  We have a scheduled 419.6km to St. Peter’s in Rome. We are half way there.  Happy days.  Peace y’all. 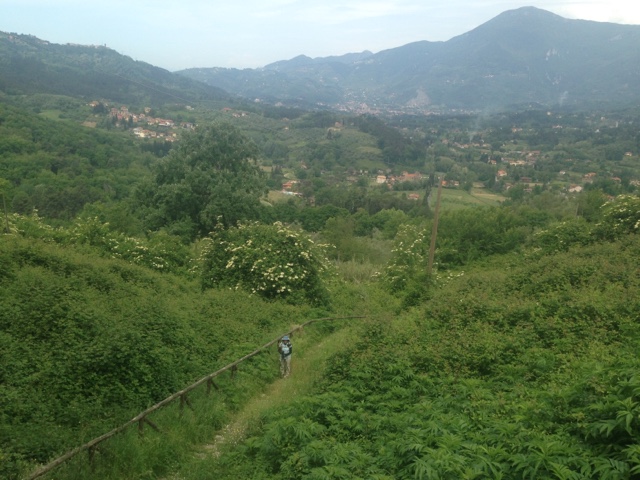 Melanie at the end of the longer climb. 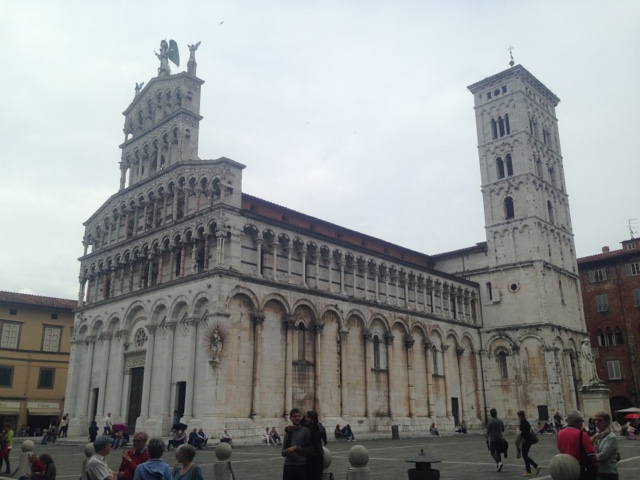