Today’s walk was on a fantastic trail from Buonconvento for half a day, then on a very quiet road for the balance.  It was definitely all enjoyable but very lonely too.  With most pilgrims staying in Ponte d’Arbia, 4.4km before where we started, we did not see another pilgrim all day.  The trail was nicely broken up at lunchtime by a bar stop in the town of Torrenieri. 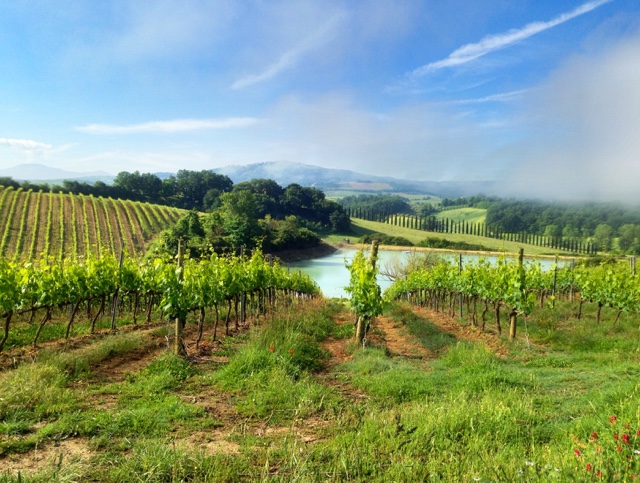 That’s fog on the right, not my thumb.

After waking up, I opened the window and shutters and looked up to the sliver of sky that the narrow alley outside allowed me.  I was trying to figure out if it was going to be a rainy or sunny day.  I surprised Melanie with the verdict.  After inspecting the sky, I could tell her conclusively that it was either really sunny or very overcast. I wasn’t sure.  The sky was a uniform color but whether it was a single cloud or blue sky, I honestly couldn’t say.  It was only once we got outside that we figured out why.  The town and region were blanketed in a thick fog.  Fog may ruin the view but it sure is nice to walk in.  Well, it was nice in some respects but for that couple of kilometres through the very narrow trail near the road.  There, the metre-high grass was wet with dew and soaked both of us from hip to toe. 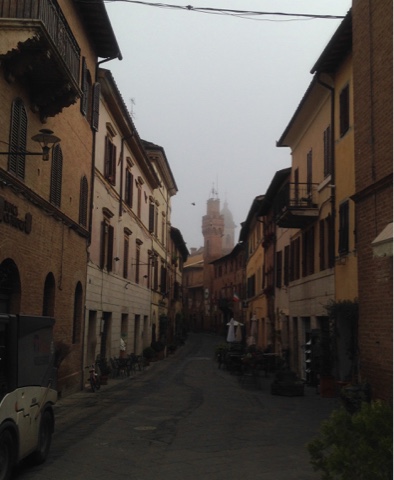 With such nice, quiet, easy-to-follow trails and roads, it was a day of reflection.  I often thought of how I made a mistake yesterday.  During the confusing part of yesterday’s walk, we had just climbed about 400m up a hill along the old route before figuring out that there was a new route that we should be taking.  That meant another 400m back down the hill and, although it was only a 800m error, we didn’t want to add that to a 30km day.  That wasn’t the mistake that bothered me though.  Those things happen on a walk and you deal with it. 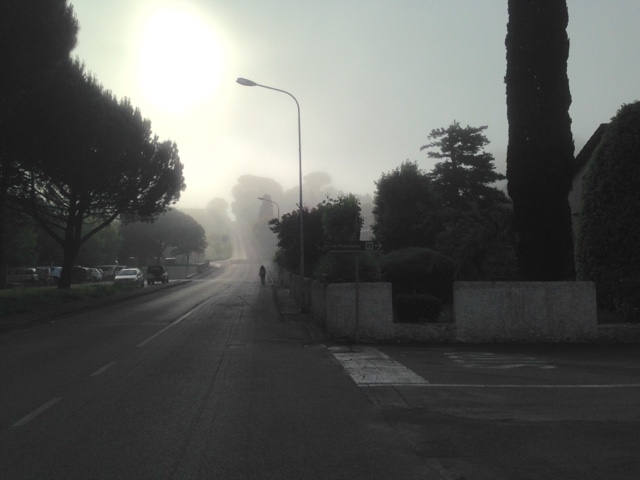 The mistake happened just as we turned around and crossed the road to head back down the hill. A car stopped next to us and the two American ladies inside asked if we knew the way to a particular town.  I reacted too fast and replied in a friendly but laughing tone that we were lost ourselves.  They had a giggle too but went back to their map and drove off.  I immediately kicked myself for not helping better.  My first reaction should have been, “Stop. Breathe. Think. Act.  That’s my scuba training but the obligation to help should be from my Jesuit training to be “a man for others” and should have followed my father’s favorite quote:
“I expect to pass through this world but once. Any good therefore that I can do, or any kindness that I can show to any fellow creature, let me do it now. Let me not defer or neglect it, for I shall not pass this way again”.
My first reaction should have been “How can I help?” rather than have a laugh. The lesson for the day, do better next time.  Do better every time. 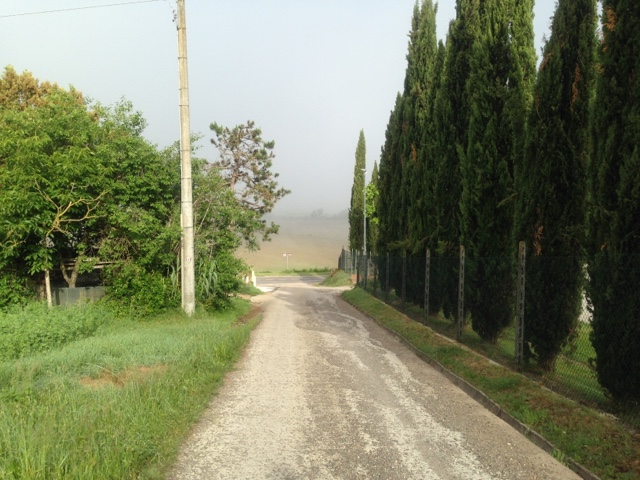 Another thing that I have been thinking about is the Italian experience in World War II. History was never my strong subject but as best as I could recall, Italy was led by Mussolini, a fascist dictator who threw in his, and the country’s, lot with Germany during the war.  Hitler was bad so Mussolini was bad. Germany was bad so Italy was bad. Both countries and later Japan were at war with our friends so after Pearl Harbor, we declared war on Japan and then Germany and Italy declared war on us.  It took a few years and lots of brave men, but we worked with the Brits, Canadians, Aussies, Kiwis, Russians and a bunch of other countries to kick butts, rescue France yet again and return world order, at least to our benefit.  Didn’t that summarize those years?  I have to find a patient Italian to explain it better to me though.  I am surprised by the number of signs we see here about the Germans destroying this, blowing up that, killing these people, etc.  I am surprised by the number of monuments in piazzas or on the walls of churches in tiny towns, heralding their “glorious dead” from the early 1940’s.  I am surprised that Italy’s big national holiday is Liberation Day, commemorating when “they got rid of Mussolini and fascism”, yet I was told that Americans were the “bad guys” in that fight. I wonder if Google will help me understand. 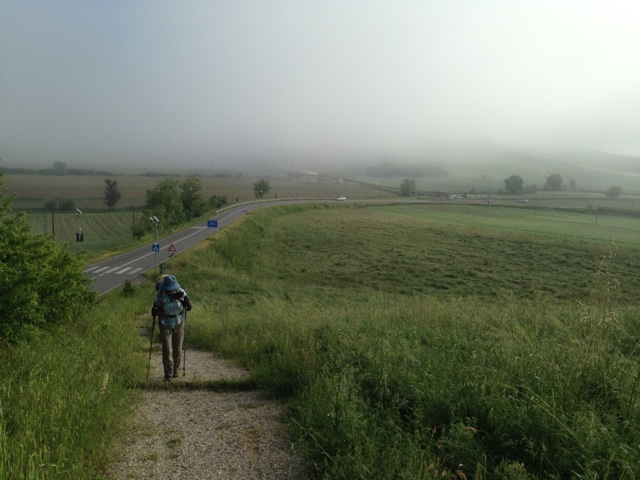 We met two Asians today that made Melanie happy.  The first was an Indian immigrant who ran the bar in Torrenieri.  He also made me happy too as he was the one that informed me that Manchester United won their last game of the season last night.  If only they played like that last week.  The other Asian was a Filipina nun outside the church in San Quirico.  From a distance, Melanie spotted her and said that she was either from Indonesia or the Philippines.  Sure enough, the nun approached us and asked if she could help us but she had a thick Tagalog accent.  It turned out that she was from the village just across from Boracay.  Melanie and I had visited there 26 years ago but the nun did not remember us.  Such a shame.  We recognized her.  She asked what we were doing and we told her we were walking to Rome.  She was surprised but for the wrong reason, I believe.  She told us that whenever she and the other nuns go to Rome, they take the highway and that is not anywhere near San Quirico. Why where we in this small town? 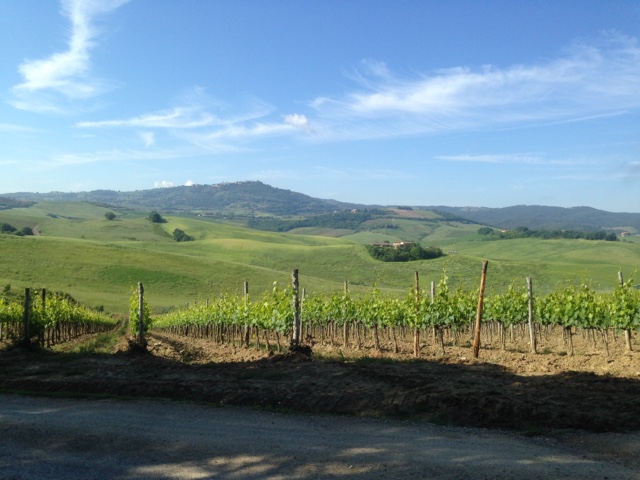 Before I forget, we’ve decided to stay in a B&B tonight and possibly for many more nights to come too.  Although we didn’t see any pilgrims while walking today, we know there are a lot on our same schedule as they are all over town tonight and I heard that they are using the overflow spaces in the church, in addition to the usual Ospitale.  It looked crowded at Ponte d’Arbia as we passed by yesterday too.  We don’t want to get into a race for beds and we are fortunate enough to not need the 10-20€ hostel beds. This place, Il Giardino Segreto, is 75€ and a very nice room.  We’ll target cheaper places normally, I hope, but only stay in the ostellos on occasion or when needed. 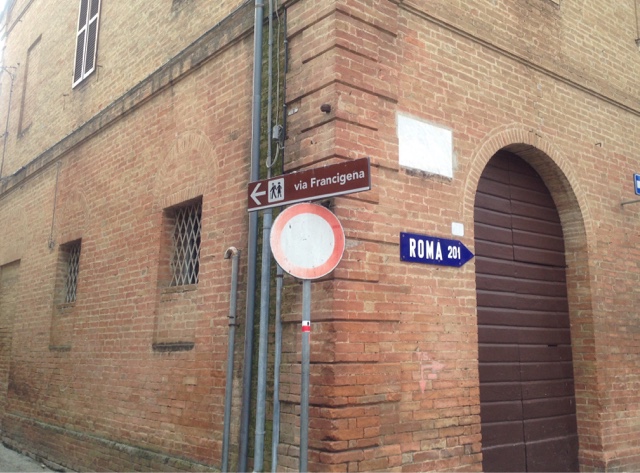 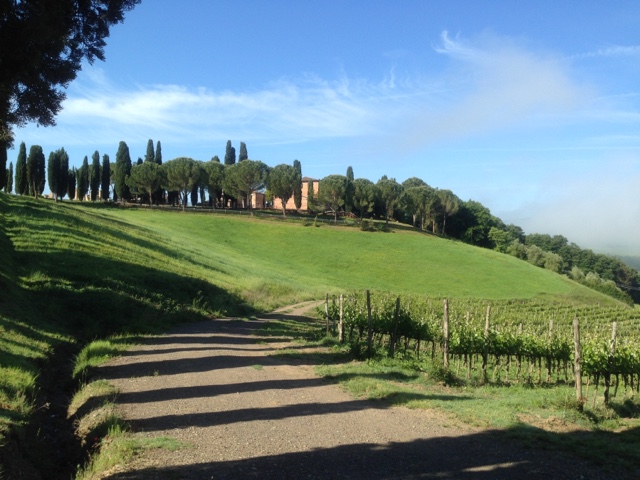 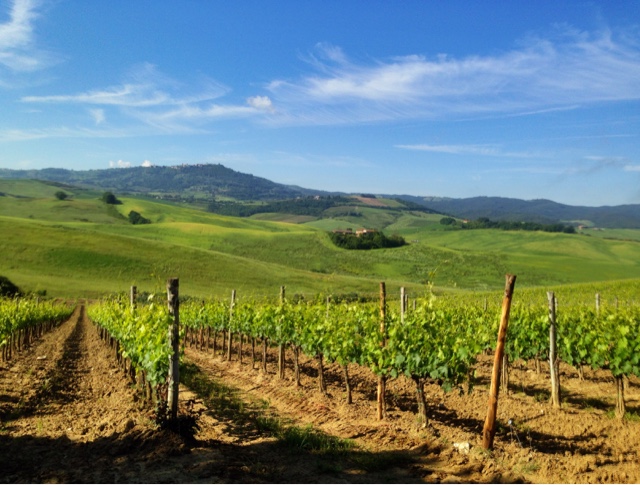 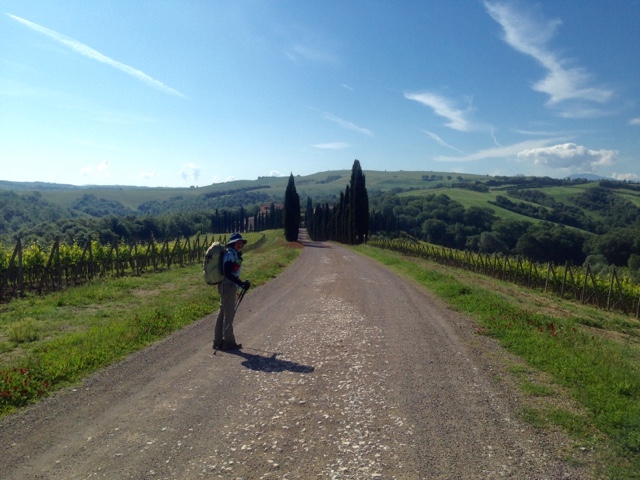 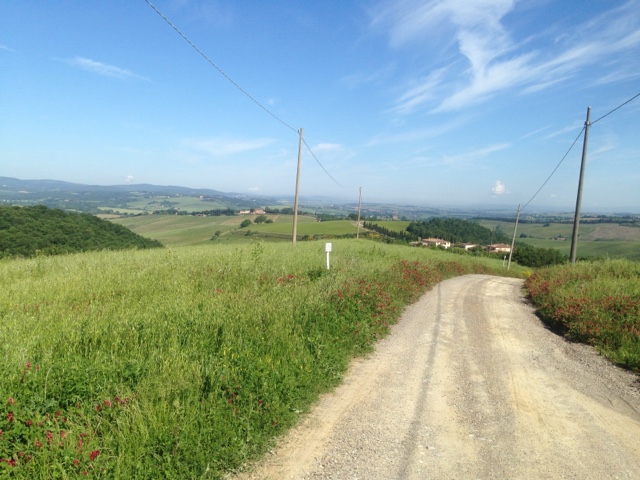 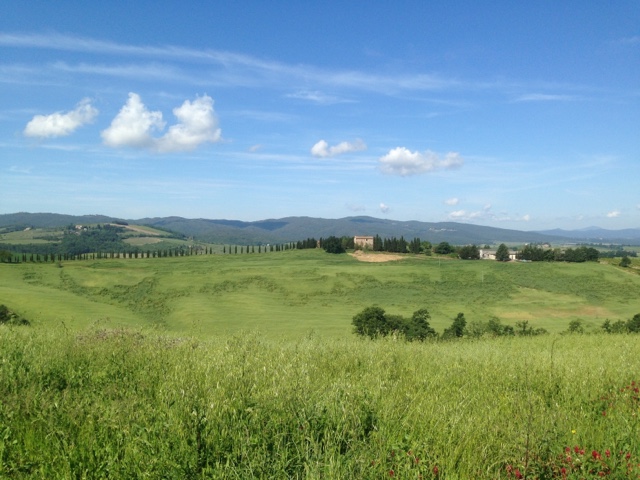 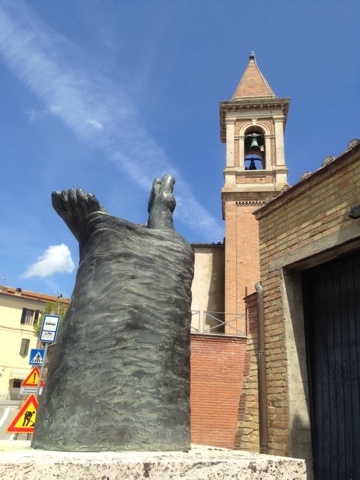 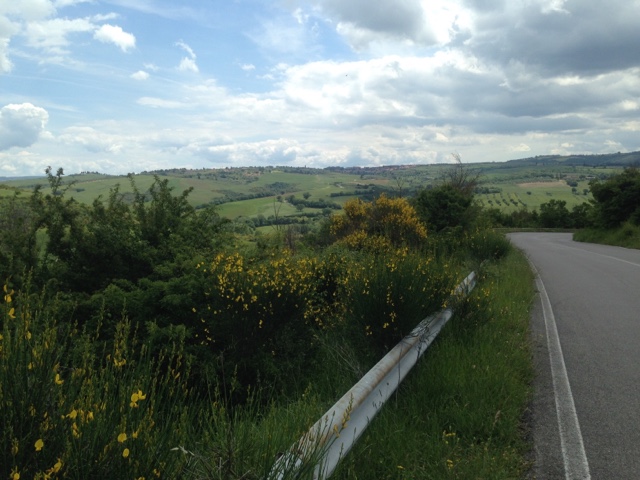 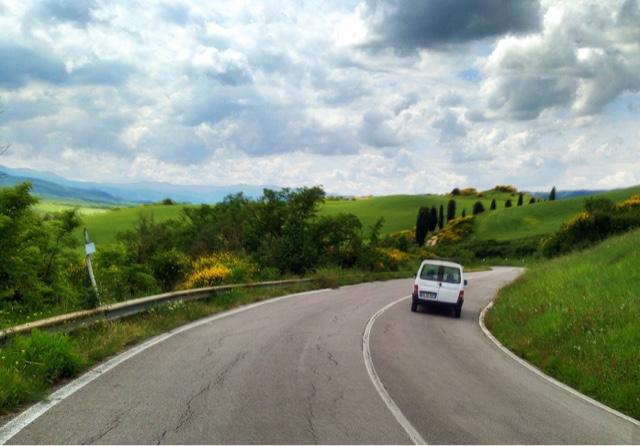