It was a gloriously sunny day today and in some ways, felt like we were walking into Rome.  With the short day – short as compared to the last two days – we slept in an extra hour.  At the very beginning of the walk, while still inside Aquapendente, we were dawdling along, stopping to read every tourist information sign and say hello to everyone, almost as if we were finishing our Camino and taking some sort of a victory lap.  I chalk that mentality up to having survived the weather and the 65km over the mountain during the last two days. 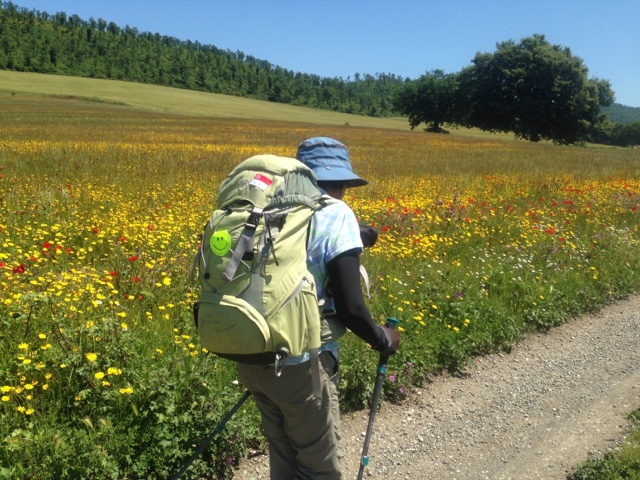 Once we got out of the city though, we were all business again and churning out the mileage (or should I be continental and say “kilometerage”?). We had 11km of fairly flat farm roads before one kilometre on the Via Cassia into San Lorenzo Nuovo that we walked in 2.5 hours despite the earlier dawdling.  Once we hit the main Via Cassia though, we were surprised by all of the cars racing by.  We later learned that there was a car rally in the area and for the next hour or two, we would see every kind of racing car, from just about every era, zooming past on this road.  All the local residents, at least the men, were out to watch the speeding parade.  Sometimes it made walking along side of the road a little hairy but it was fun. 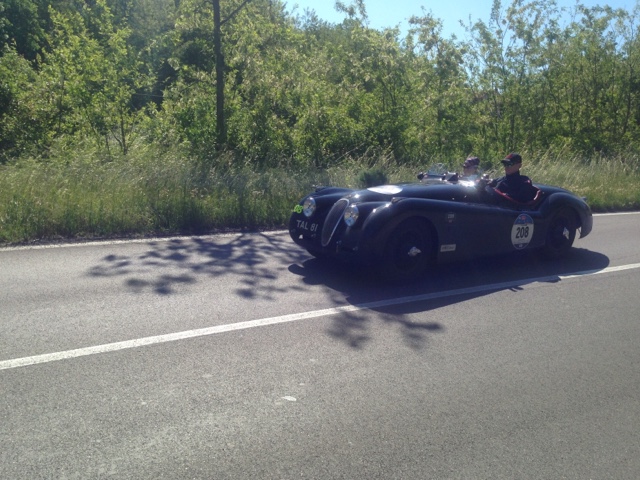 San Lorenzo Nuovo was perfectly placed for a rest stop on today’s walk.  We sat by the main road, sipping our mid-day beverage of choice for the Francigena, lemon soda, and watching the cars go by as well as watching the crowd who were watching the cars go by.  While there, we also met a Belgian couple walking from Pisa to Rome.  They worried me a bit because the husband was carrying 3/4’s of their gear, including a fair bit of the wife’s stuff.  I didn’t want Melanie getting any ideas.  Also, just as we left, a group of a dozen or so young Italian pilgrims came into the same bar.  I was guessing, based on their backpacks, that they were just doing a weekend trek but I could be wrong.  We may just see them every day until Rome. 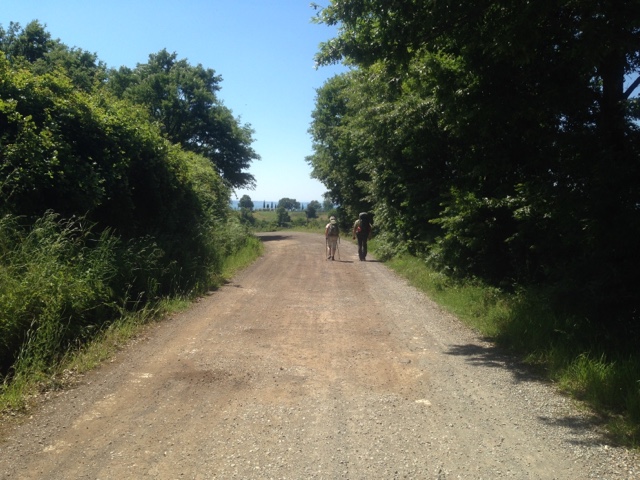 One other thing about San Lorenzo, it is about 26km from Radicolfani and we could still see the mountain from just before the entrance into town.  That hilltop village dominated the scenery for the majority of the past three days of long walks. 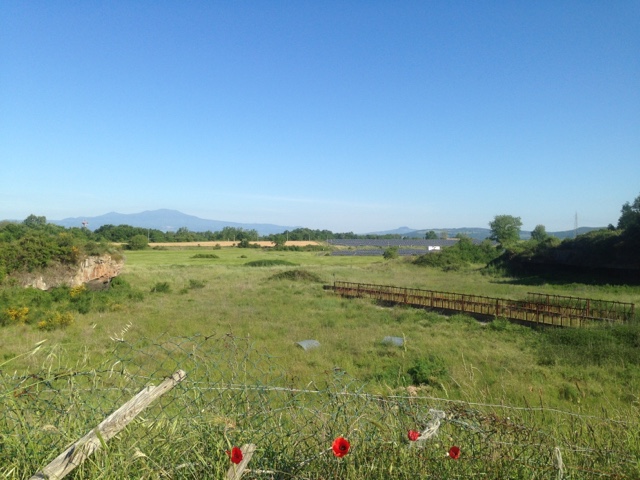 The 11km from San Lorenzo to Bolsena was up and down some small but steep hills but also along nice farm paths, mostly away from the craziness on the Via Cassia.  For those following us though, please note that there is conflicting signage leaving the town.  Make sure that you turn right after the bend in the road out of town. 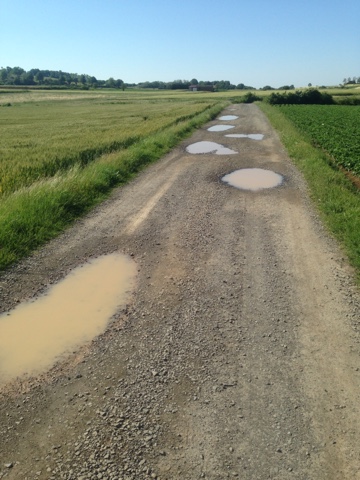 We are now in Italy’s lake district.

When we finally did see the old town of Bolsena, again, it was one of those many WOW moments that you have on this walk. I hate to use the word “stunning” so often but the old town’s skyline is really impressive.  We got to walk down the stairs to the newer lower town but they were not your typical set of steps.  We walked down through centuries.  Citizens of this town walked the same labyrinth of passages for at least a millennia. 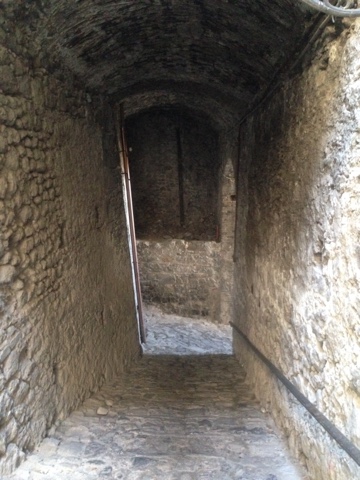 For those following us, we are staying in the Hotel Nationale (65€ including breakfast, booked through Booking.com), just off the main piazza in the lower town.  The main benefit of this place is that it is just across the main piazza from the Bar Centrale, the only place in town that is showing the FA Cup Final between my beloved Manchester United and some team that should not throw stones (because they live in a Crystal Palace). Come on you Reds! 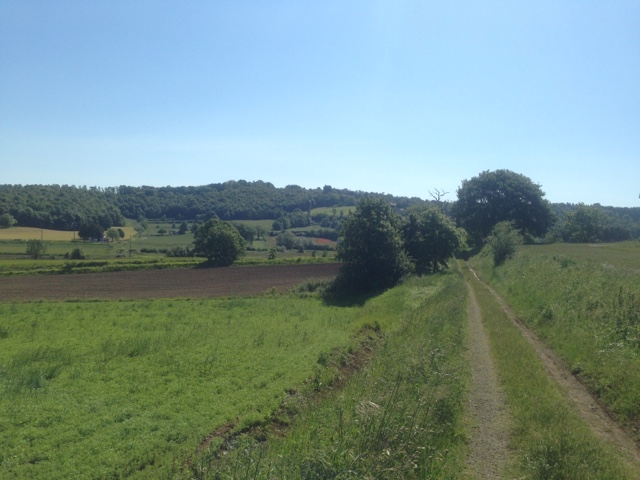 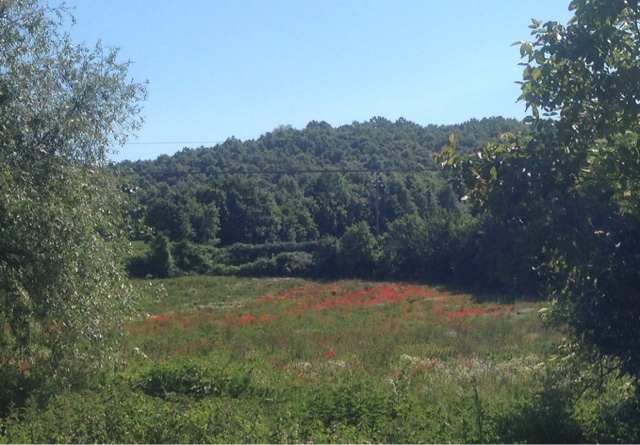 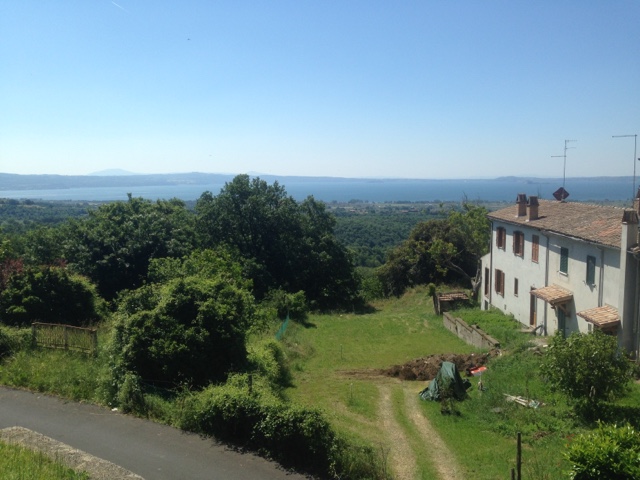 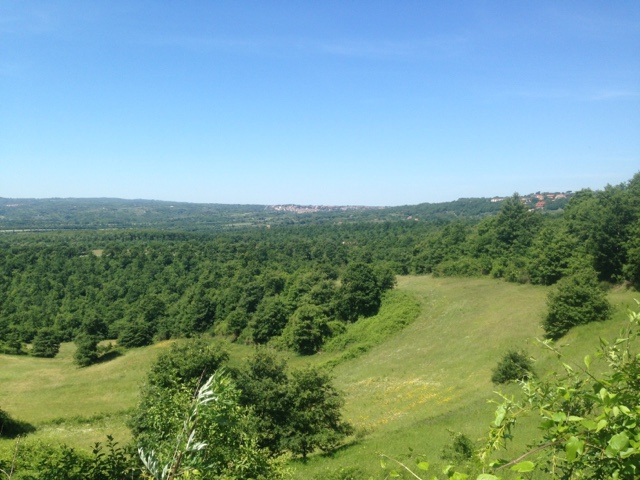 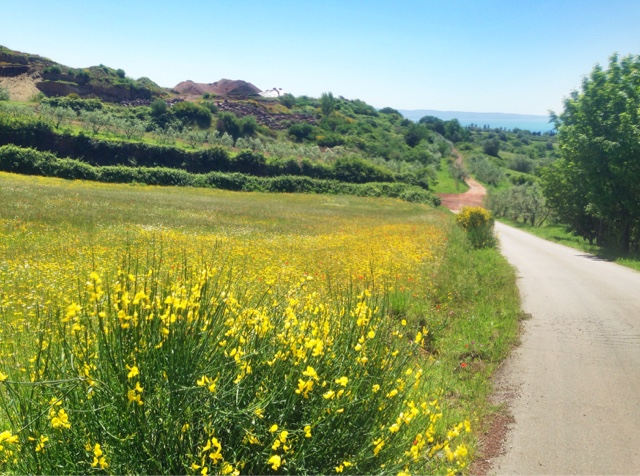 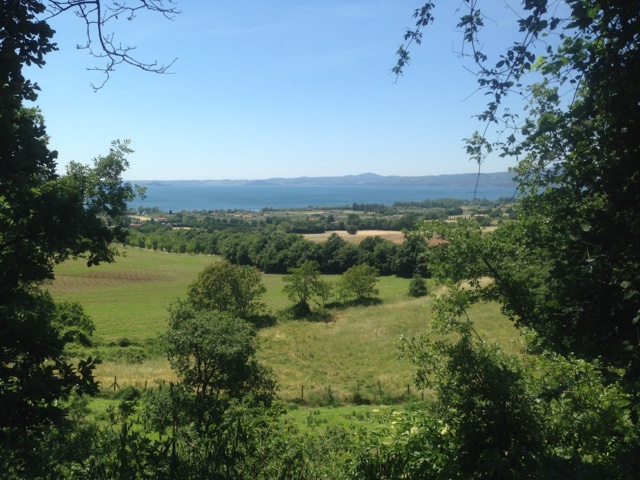 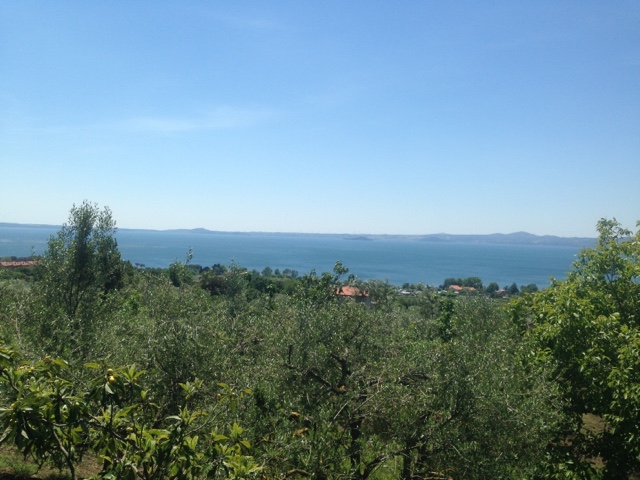 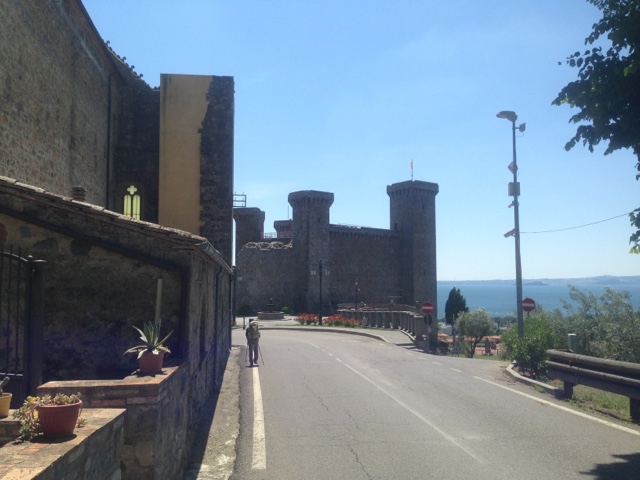 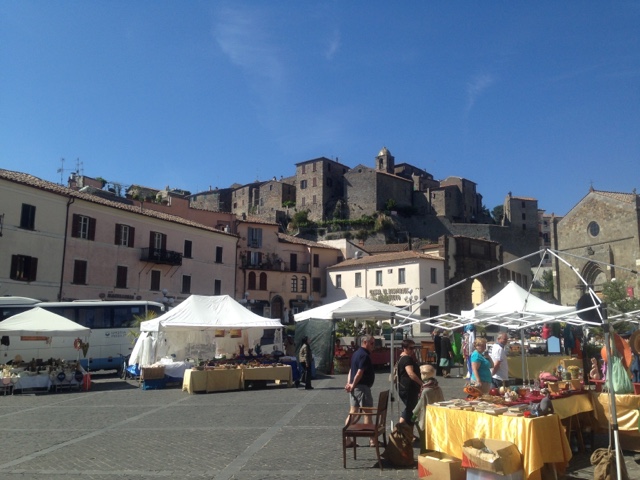