Today had to be the easiest day’s walk that I recall doing on any Camino (Sharon, you can quote me on that). Not only was it a short day in terms of distance but it was mostly cool and overcast as well, perfect for walking. After an initial steep 50m climb up through the old walled town to Montefiascone’s castle, there was only one other climb of 80m later in the day. Other than that, there was the 300m drop off the mountain over the first 5km and most of the balance was an 11km section of fairly flat farmland roads. 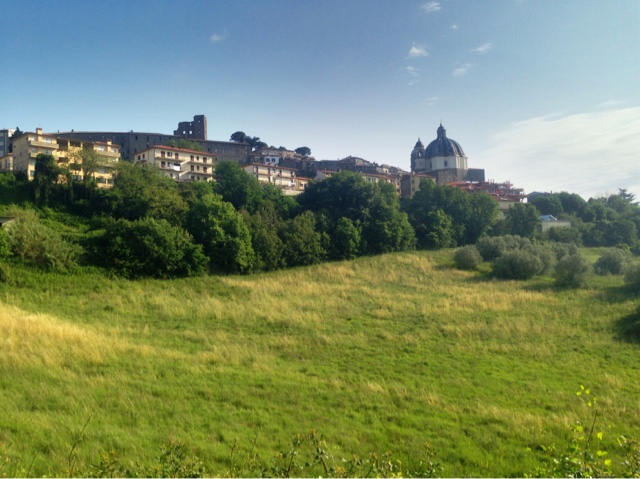 A few kilometres of the trail were finally on the old Roman roads that were promised to us.  I enjoy walking on those despite the fact that I have to constantly be looking where I place each step or else I would end up with a broken or sprained ankle.  Many an invading army was stopped by the invention of those ingenious roads, designed so that unsuspecting soldiers would be keeping an eye out for Roman snipers and place his foot only half on a rock causing a great number of injuries.  I just wonder how the Romans managed to walk on them before Keen Targhee II hiking boots where available on Amazon for international delivery. 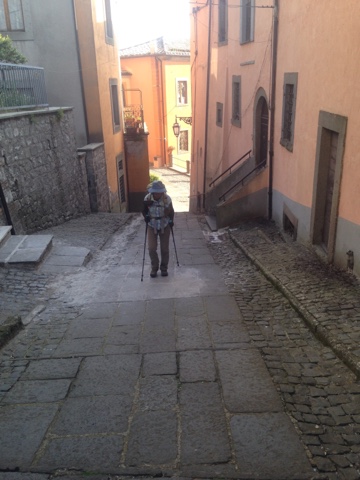 We also had some entertainment on the route today.  We actually saw eight other pilgrims walking the trail as well as four pilgrims who were biking to Rome.  Now we are just like every other walking pilgrim and we love our biking brethren. We love them so much because they would never, ever, zoom past us on a hill without warning, scaring the socks right off our feet.  They are famous for stopping next to us, every time without fail, to ask how we were doing and to wish us a Buon Cammino.  They regularly also dismount their bike and carry it when the trail is too thin for both walkers and bikers.  Yes, we love our biking brethren.  Today we also had the entertainment of watching the four biking pilgrims negotiate the rocky Roman roads.  They had to stand on the pedals to avoid getting proctologically examined by their bike’s seats.  I also really do hope none of them lost any teeth from the experience. 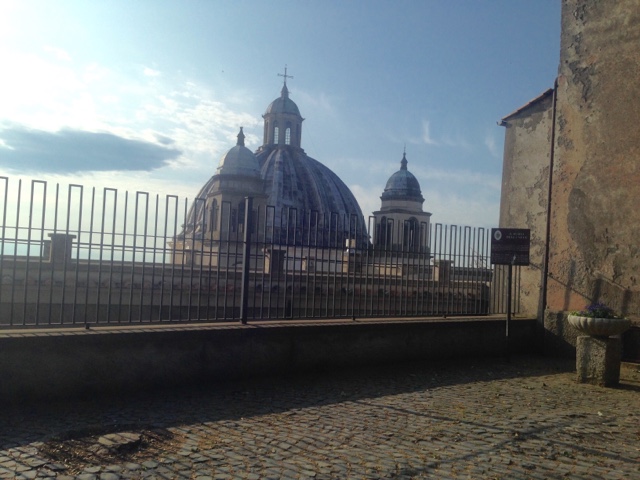 Also on the entertainment front, we passed a motorhome park that was right next to a barbed-wired enclosed park with thermal springs and pools.  I understand that entrance fee is only by a 40€ daily membership fee, per motorhome.  Judging from what we saw through the barbed wire, you not only get to lounge around in the hot pools but you also get to see a parade of large sunburnt old Europeans, waddling around in bathrobes, bikinis or Speedos or, if they are young enough, running from the hot pools through the cold wind to their 26″ Winnebago Whitehaven with a queen-size bed and flush toilet. 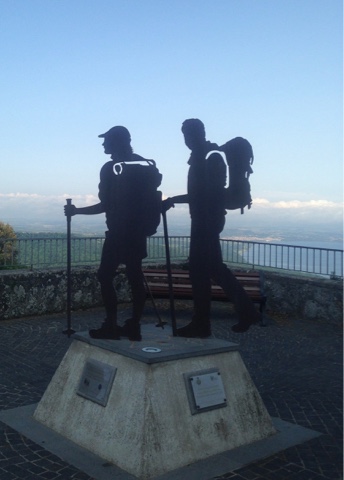 By the way, for those following us,  I added some photos to yesterday’s blog of the Cathedral of San Margherita in Montefiascone.  We walked up there just before coming back down to have dinner at the excellent trattoria (Da Pancino) across from the hotel. Unfortunately, the photos of the church do not do it justice but the church (and restaurant) should not be missed. 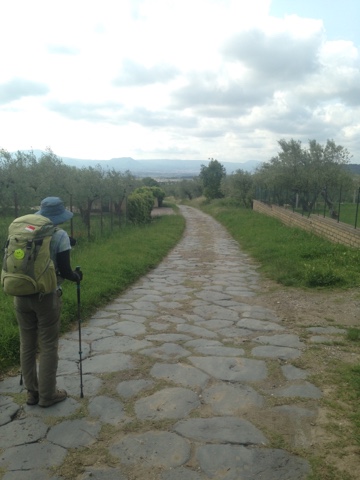 Despite arriving in the large city of Viterbo at 12:30pm, we have yet to discover its charms.  To me, it just looks like a big, ugly old city but we’ll do some more walking around later.  After cleaning ourselves up, we just went a bit around the block and saw mostly trash in the streets, a homeless man sleeping under parachute material, graffiti and the look in passing people’s faces saying “don’t you dare speak to me or rob me”.  Maybe I’ve been away from big cities too long.  We have, however, finally found a cheaper hotel.  Hotel Viterbo Inn, inside the old walled city, just a few metres from the trail, is only 40€ for a double.  There is no breakfast included but the wi-fi seems to be fantastic which makes up for the view of a brick wall out the window. 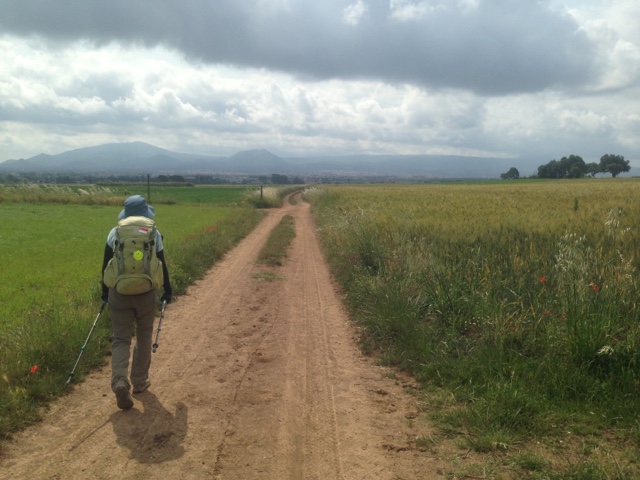 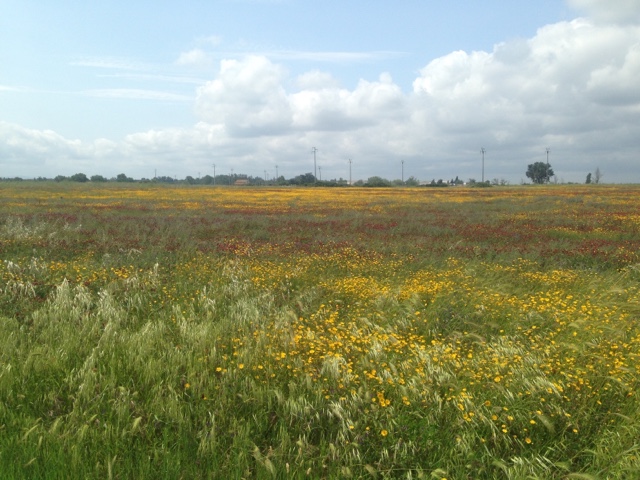 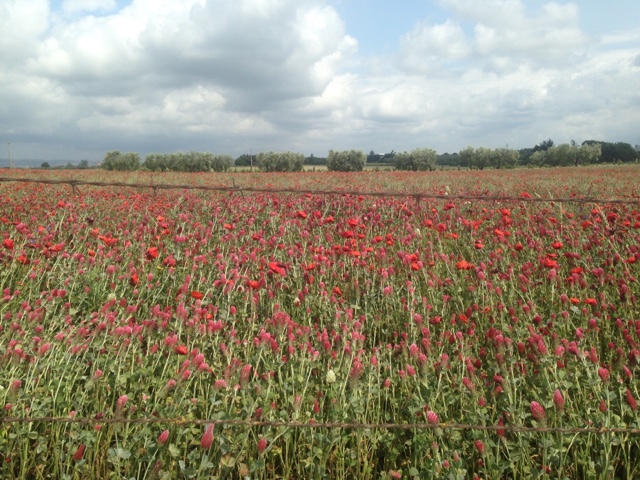