— Sorry, this post is a day late because of our late arrival, poor internet and too much to do. — 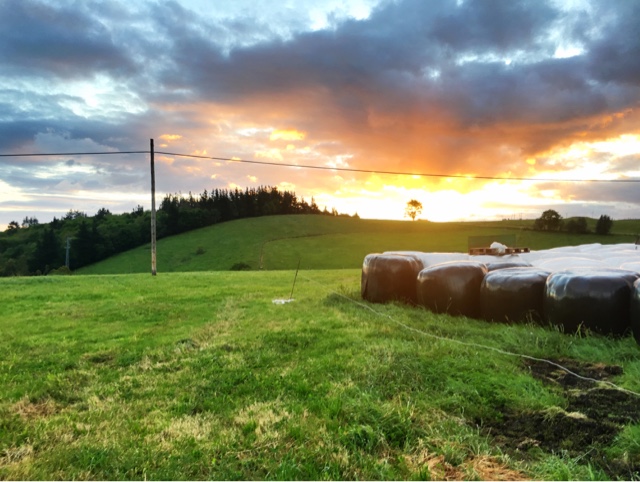 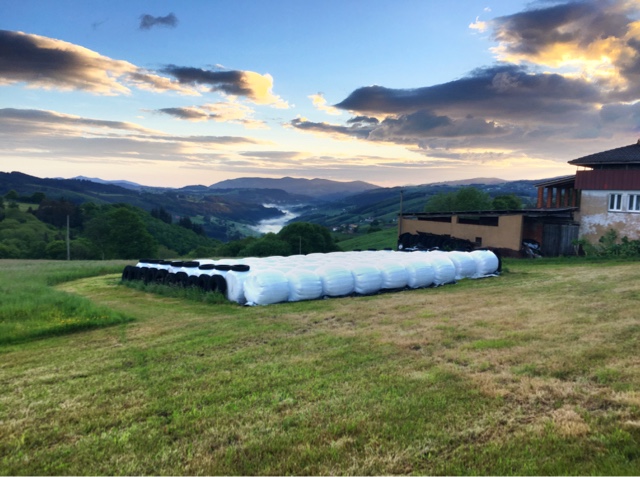 Last night, in Campiello, we were warned about the Hospitales Route which is a climb up to 1,200m, then a walk along the tops or sides a series of mountains.  The weather can very unpredictable and can change rapidly.  We were told by the hospitalera that they did not want us to leave before 9:00am but that sounded a little crazy to everyone.  Eventually, the hospitalera said she would serve breakfast at 7:30am then tell us if it was okay to leave.  Now, as a scuba guide, working and diving all around Asia, I greatly respect local knowledge but logic and a look out the window at the sunny skies also told me to get a second opinion.  Melanie and I decided to leave at 7:15am, walk 3km to Borres for breakfast and ask there about the weather conditions on the mountain.  They are closer to the mountains.  That worked like a charm because the people running the albergue at Borres told their guests that they could start climbing at 7:30am.  Those people were already several kilometres in front of us. 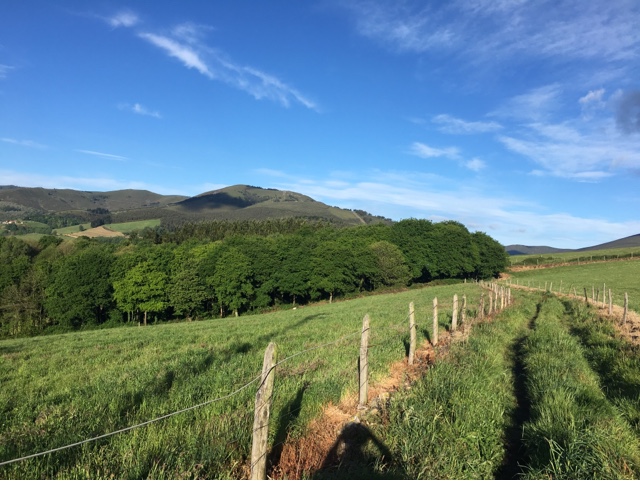 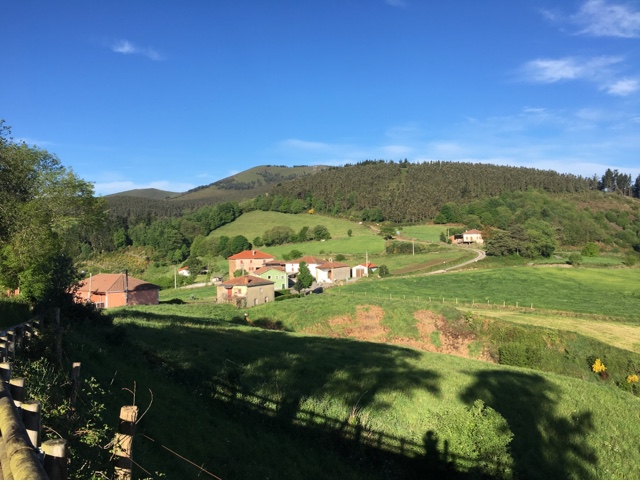 Melanie and I were the first from Campiello to reach Borres but by the time we finished some coffee / juice, several others from our albergue were either having their breakfast or passing by the Borres Bar.  We had a short climb to the point where a final decision had to be made, the high Hospitales variation or the lower, slightly longer official route through Polo de Allande.  We didn’t need a last chance, we turned upwards and did not regret it. 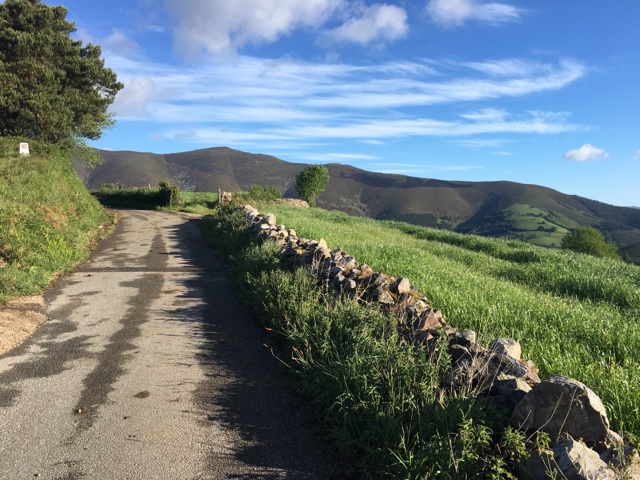 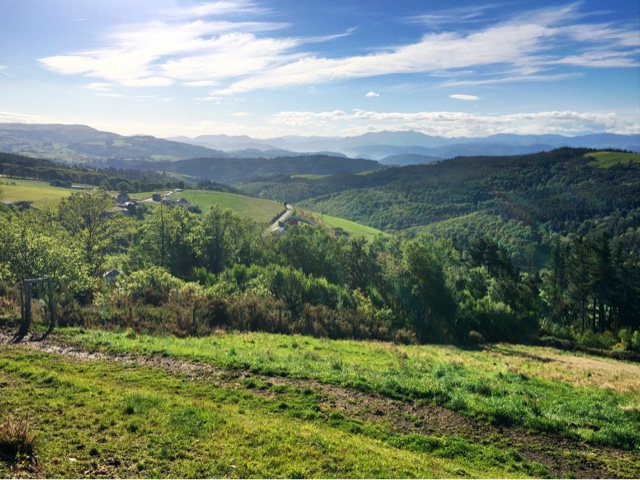 Now I don’t remember much of the details of the next 22km or so but Wow!  It really was stunning in every direction.  I can not say that the climb was as challenging as others say but I can tell you that it is extremely cold at 1,200m with the wind whipping you in every direction.  We also had about an hour or two of very hard drizzle, although I think it was the wind that made it hard.  I liked that you could see pilgrims walking on the mountain in front of us and behind us too.  I loved that we were certainly on the exact ancient route that pilgrims took a millennium ago because we passed by the ruins of at least three hospitales, e.g. albergues of old.  We also saw side of some of the mountains that had recently been burned.  The grass and shrubs seemed to have been burned on purpose in a controlled manner as it only effected certain sections that could be delineated by trails. 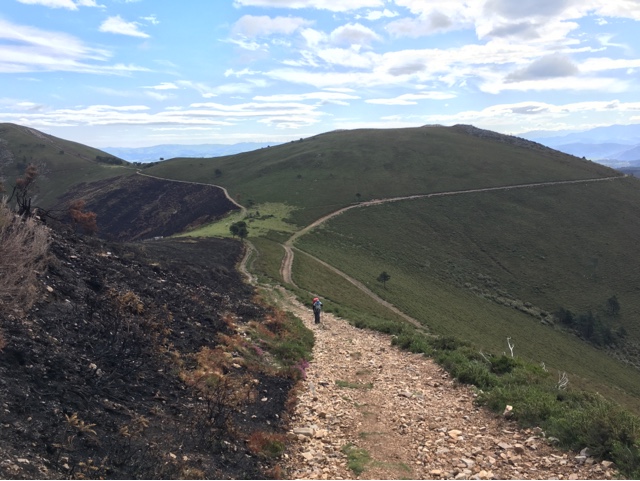 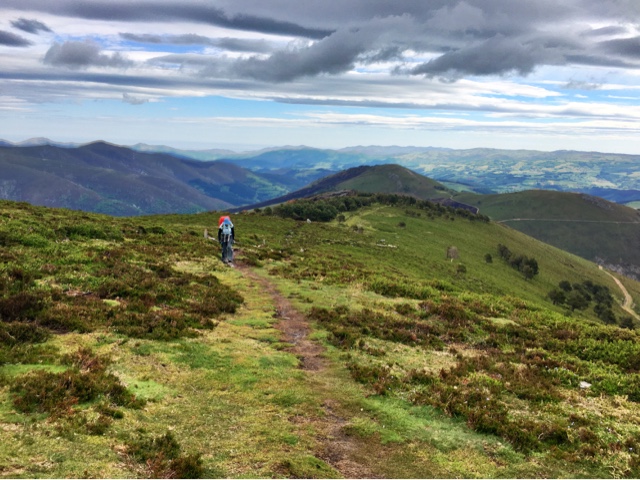 By the time we got into Lago, the town about 4km before Berducedo, we were joyous, satisfied, feeling accomplished, I don’t know but there were a lot of good emotions.  At the only bar there, everyone was already celebrating the incredible experience that we all just shared.  It was a party atmosphere but one funny thing was that we were all sharing the extra food we had taken for the day.  It was supposed to be mandatory because there was no place to eat for 22km but we were all too cold or wet to eat it on the mountain. 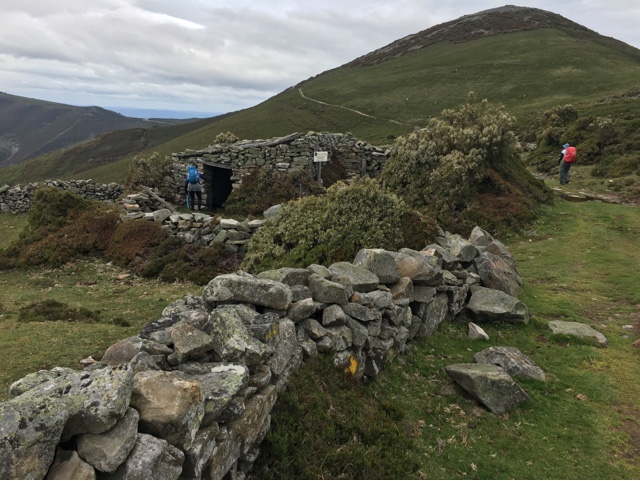 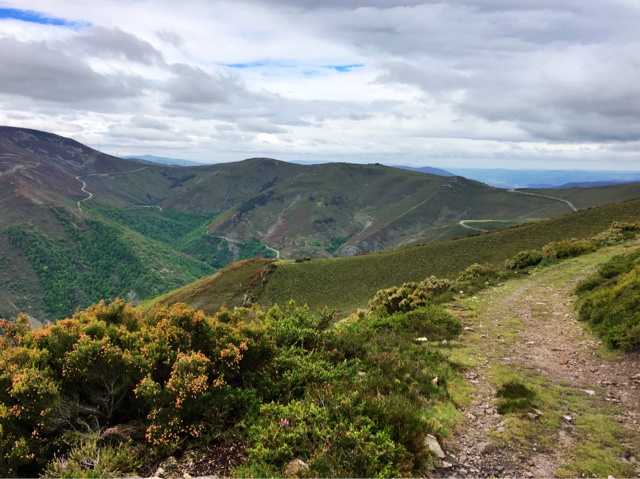 The final walk into Berducedo was an easy 4km through fields and a lovely pine forest.  We walked with Janek and Marthe that last bit.  When we got to town, we helped them find their albergue where Bart, Jens and Gerrit were staying.  We headed off to the last albergue in town to see if we could get one of their private rooms.  Sadly, the hospitalero told us that the rooms were all taken but that she had two beds in the hostal available.  We figured if we were staying in a hostal, we would rather be with our friends so we declined and headed back to the other albergue… until halfway there we me Janek and Marthe.  They told us that their intended albergue was full and so was the crappy municipal one.  We quickly headed back to the Albergue Rural Camín Antiguo and asked for four beds.  Uh oh.  I knew the look she had wasn’t good.  She only had two beds left.  After a few seconds of shock, she said, never mind, Melanie and I could have a private room (one was free???) but that the children had to stay in the hostal.  Seriously.  Her words, not mine.  Well, I guess my translation of her words.  We told the kids to behave themselves and that we would be upstairs in case they needed us but off we went. 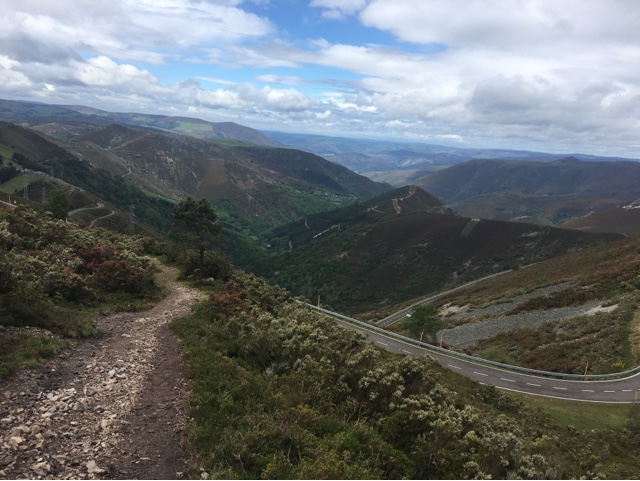 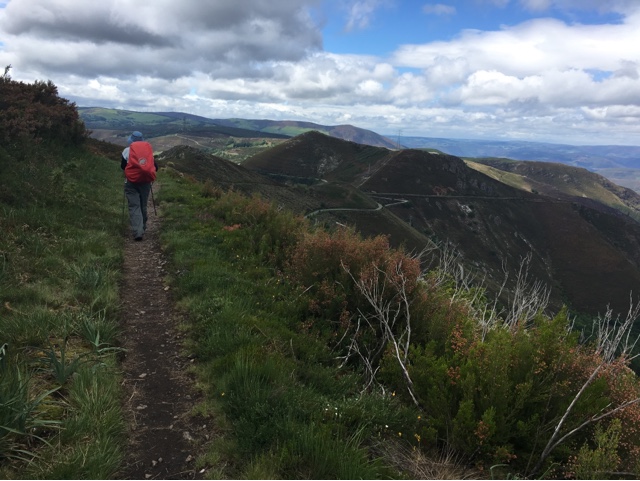 We had fantastic communal dinner back at the other albergue with Jens, Gerrit, Bart, Janek, Marthe and two Polish girls who the others knew from Bodenaya.  It turns out that it is possible to eat and laugh at the same time for 90 minutes straight.

For 50€, we had the biggest room yet, but not the tallest one.  I banged my head several times.  It’s all good thou.  It was a fantastic day and one to remember. 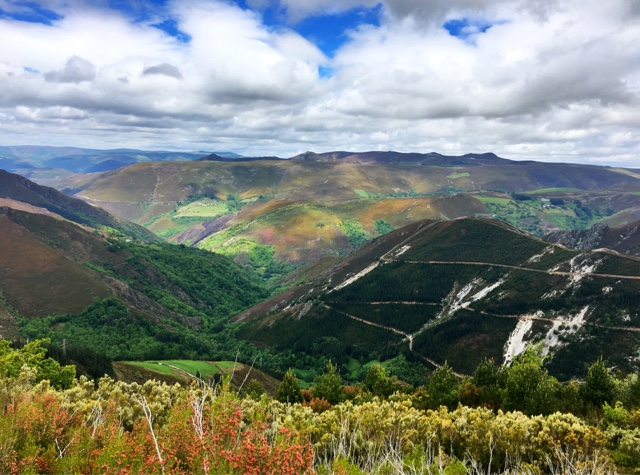 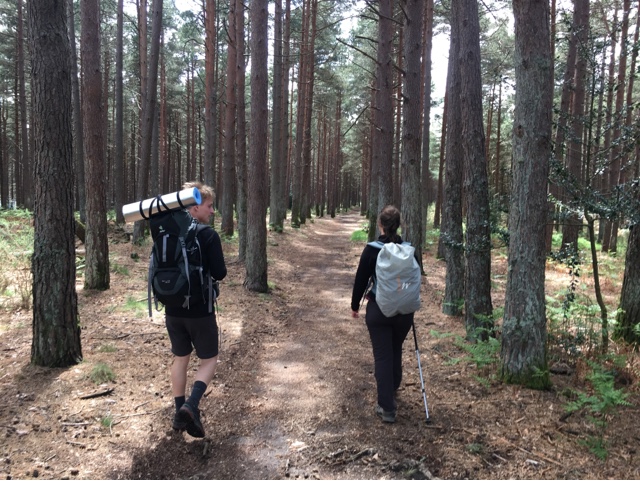