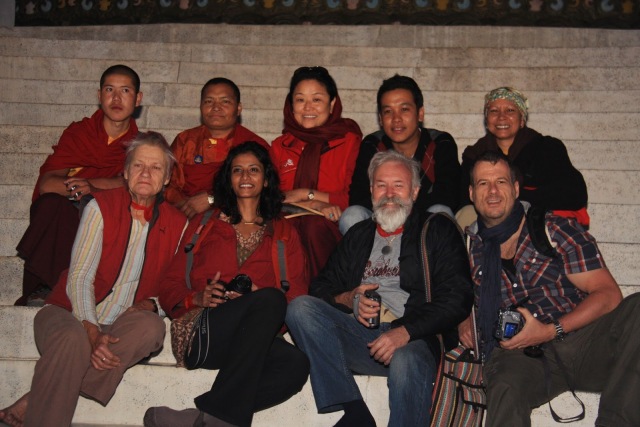 After a lunch with the group, we all pile into our assigned cars along with a few other people that are friends with Khandro-la.  We have two stops to make on our excursion, the first being to some monk’s house.  Inside, we all sit around a large room with padded benches along the perimeter.  It seems like a convention of the monk elders as there are a dozen old bald guys in maroon robes.  We get to drink tea and take a tour of the home, visiting the meditation room used by someone important who has recently died.  We are not certain who it was that died but Khandro-la is visibly moved.  I need to ask more questions.

Later in the day, for views of the sunset over the mountains, we visit the Japanese Shanti (Peace) Stupa.  It is on a hill, another 200m above Leh village, where we get some pretty good views below as well as a close-up look at this simple, yet lovely building.  As an added bonus, Khandro-la introduced us to Bhikshu Gyomyo Nakamura.  This Japanese man is not just the resident monk; he built the stupa back in the 1980’s after giving up the life of a musician.  Well he hasn’t given it up completely.  He recently released an album of Dharma songs.  He sang for us and also plugged his books.  He seemed like a cool and interesting character but all conversation had to be translated for us. 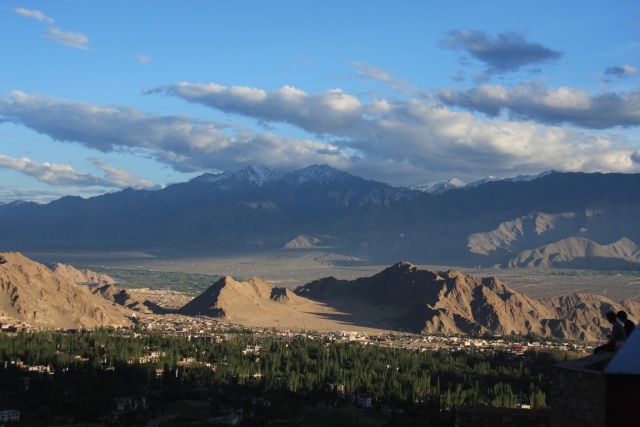