Today was a big travel day.  All packed up in the cars, the group was moving to Diskit in the Nubra Valley, about 43km away from Leh, as the crow flies.  The interesting part of the trip was that it would take about seven hours to get there.  Diskit is in a valley on the other side of a line of Karakoram Mountains.  We zig-zagged up the mountain and down the other side on about 120km of the most scenic dirt roads in the world.  We passed through the Khardung-la Pass, the highest (maybe now second highest) motorable road in the world.  At 5,600m high, just stretching our legs with a slow walk was as literally breathtaking as the views were figuratively breathtaking.  Most of the way up the mountain we could look back to Leh in the valley as it disappeared into a tiny dot.  Also on the way up, we got to look over the ledges of the roads, without our views blocked by any safety barriers, down to the cars, trucks, busses and construction equipment in the gorges between the cutbacks.  I know we are in a Buddhist area but I still pray a whole bunch of Hail Marys and Our Fathers. 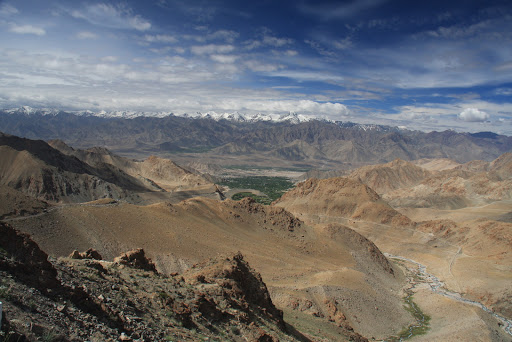 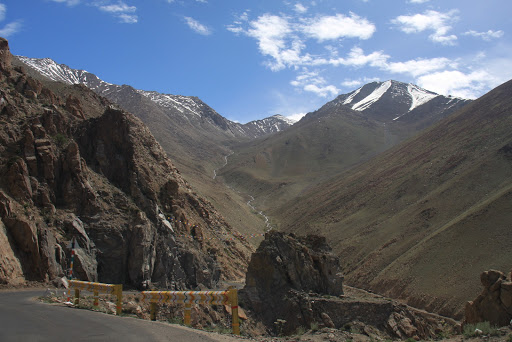 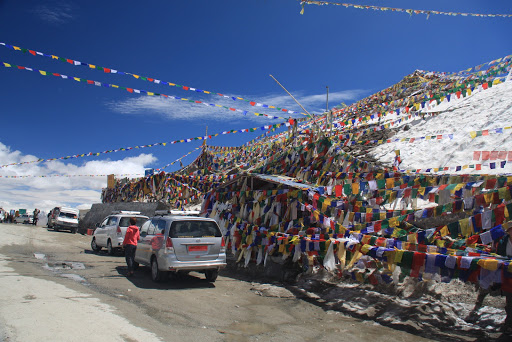 On the descent towards the Nubra Valley, we passed several 12 seater vans that seemed to have about two dozen people packed inside and another dozen monks sitting on the roof.  I assume no one had seatbelts on.  Once we got lower where there was more oxygen, we took a break have a picnic lunch in a field alongside of the road.  The field included a watering hole for many yaks that were grazing around.  They were also using the field as their toilet so we constantly had to watch where we stepped.  Further down, we also stopped at a waterfalls for some photo opportunities. 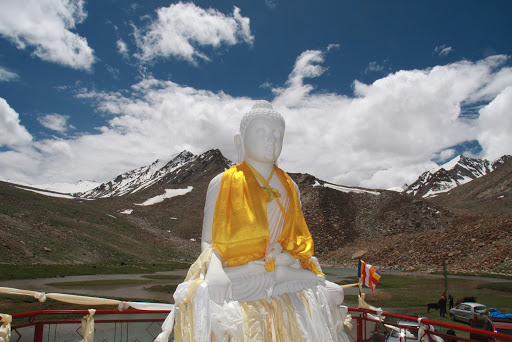 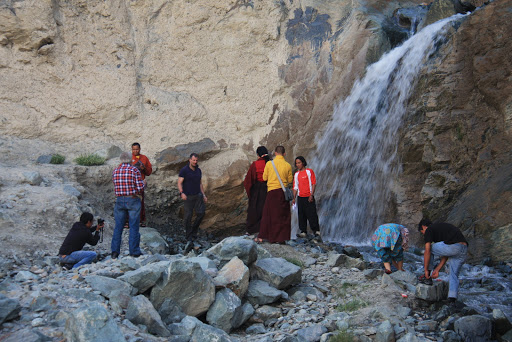 We arrived in Diskit village late in the afternoon but we were impressed as we passed by both the old 14th century monastery built into the mountainside as well as the new Buddha statue that was consecrated earlier today by none other than the Dalai Lama.  He was why we were in town.  Over the next few days, he is giving talks to the monks and citizens in the Nubra Valley.  We lodged the night in a small local hotel with dinner in the gardens out front, under the gaze of Buddha himself. 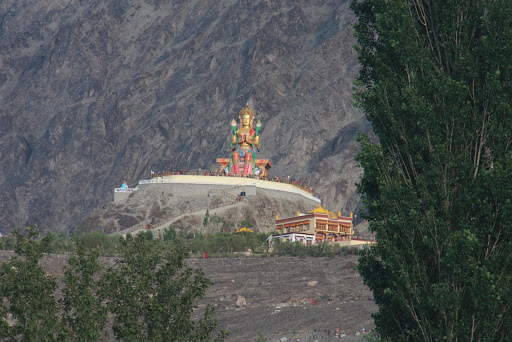 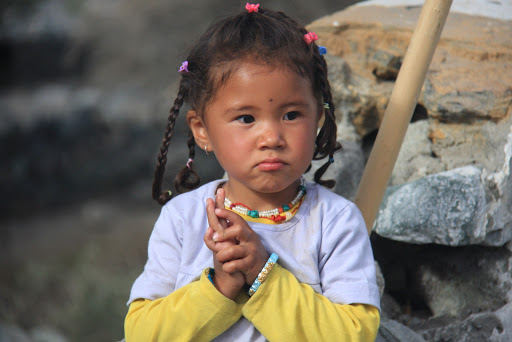