Once again, part of our route was on the Via Domitia and part on the Via Do-Smithia but we could not find a good trail in the middle section and ended up along the N94 for a long, boring 6km.

Checking the trail last night, we saw that once again, the trail was steep with a 400m climb and on “mountain tracks”. I am learning to translate that to “difficult footing”. We asked maps.me for an alternative route and it suggested reconnecting with the Camino by walking 5km down the highway during morning “rush hour”. No thanks. We headed back a few hundred meters in the direction of where we came yesterday and joined the Camino where it crossed the river. This was on a very quiet road but the bridge was just wide enough to fit a truck so we had to get our timing right. Soon after that, we were on a dirt track that lead to a stunning waterfall fountain that only God and nature could create. The waterfall was next to a steep climb but only of about 100m and on an excellent forest trail with fantastic views back towards Mont-Dauphin and the rest of the valley. 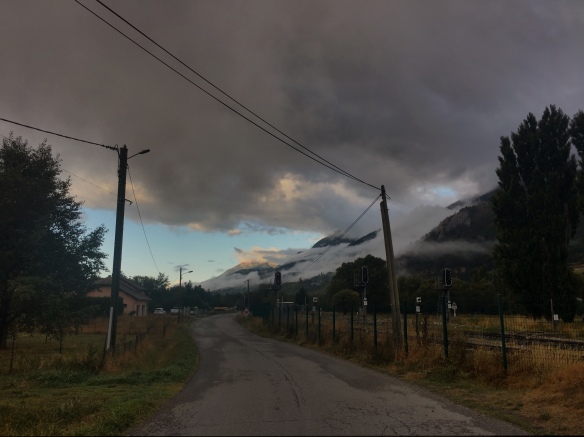 Ominous clouds early in the morning 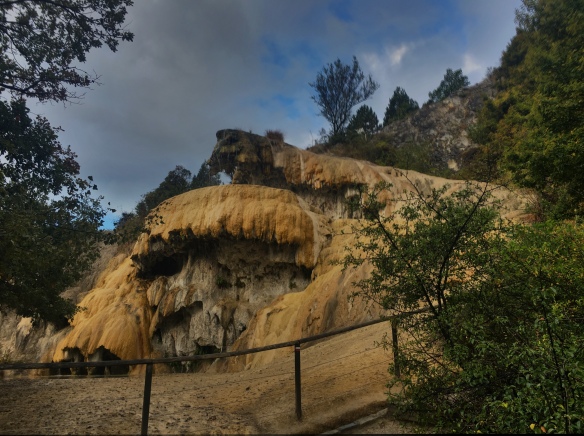 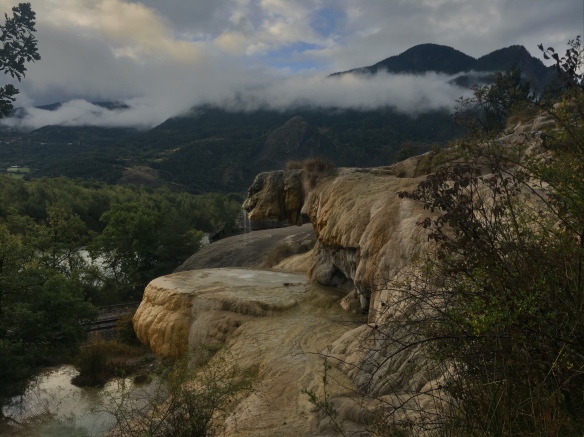 At the 2km point on our walk, we reached the very quiet D38 road with one car passing by every five or ten minutes. We still had some climbing to do but it was easy on the road and the views of the valley and mountains on the opposite side were outstanding. We followed this road all the way to the little village of Saint-Clément-sur-Durance. This was where we originally intended to sleep last night but we were unable to find a bed in advance. Also at this point, we stopped following the GR signs for the Camino and moved over to Plan B, i.e., Via Do-Smithia.

We descended down to the N94 and crossed it immediately. There were some backroads and tracks starting at that point that would help us avoid at least the first kilometer of the busy road. As we entered the street though, there was a boy about ten years old and what I assume was his sister who was seven or eight. They were on bicycles and gave us the sweetest “bonjour” as they passed. Then they turned and rode past us again and then a third time. Now the boy spoke up, and in perfectly fluent and rapid French, asked us a question. What he asked, I had no idea but eventually I explained that we were walking to Montpellier but today only to Embrun. He sped up his speech a little to express the urgency and seemed to be saying that we had to go back to the N94 and that the trail we were on was not passable. I wondered for a second if his father worked on a road crew just before L’Argentière but I shrugged off the idea. The boy said something about not being able to go down some culvert then climb the other side. We took his advice and followed the main road. 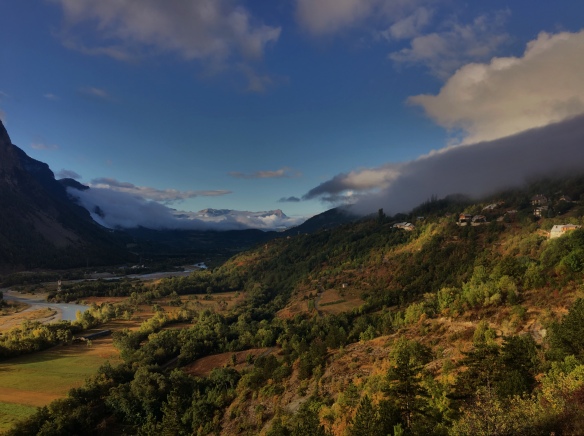 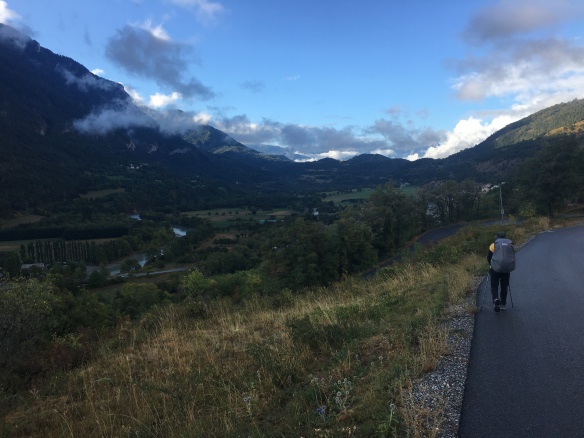 The N94 wasn’t built for pedestrians but for the most part, it was fairly straight with decent road shoulders. This is no protection against accidents but it wasn’t bad. There were some small sections near curves that had thin or no shoulders so great care and vigilance was needed there. As we usually could not enjoy the views from the road, we were happy to finally get of the N94 at the abandoned Châteauroux-les-Alpes train station. From there, all the final 6.5km to Embrun was on unused roads, quiet roads, gravel tracks or trails. It wasn’t always the most beautiful route, passing by an abandoned church, a small garbage dump, random farm equipment completely overgrown with weeds and even a formerly alive sheep which was moments from exploding due to decomposition gasses. It was better than having to select where to put each footstep on a high, hazardous, remote forest trail though.

All together, we had a 350m elevation gain and a 330m loss. That’s enough for us but if the marked trails were better, we’d be happy to take them. Also, last night we had some pretty strong thunderstorms and we were worried about the dirt trails. There were more puddles than mud but we never ran into trouble. The weather in the daytime was the same as every other day… cool and cloudy early in the morning, sunny and hot by noon. and if you are keeping score, that’s 263.2km so far, more than a third of the way. 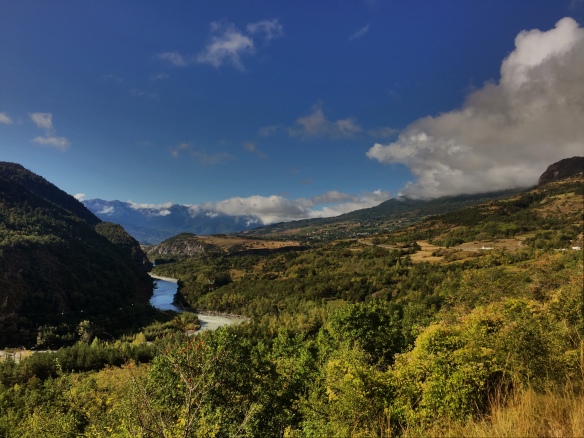 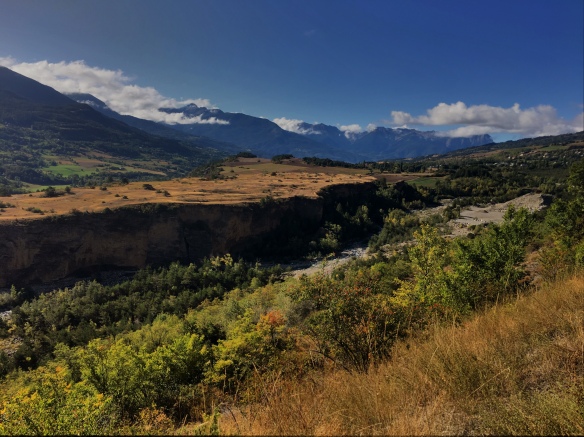 Now, we were walking into Embrun’s town center and we were just a little worried. We had booked a room in the Hotel de la Mairie using booking.com. We got a reply confirmation asking for our expected arrival time and saying that the check-in is only from 4pm to 7pm. We needed to contact them if we were arriving outside those times so that alternative arrangements could be made. I immediately wrote back and explained that we were walking from Mont-Dauphin and could not predict an exact arrival time. I said, however, that we may be there as early as 2pm. To their credit, they immediately replied, in French of course, that we should walk slowly as our room would only be available after 4pm. WTH?

Sure enough, we arrived and found the entrance of the hotel, it was locked and dark inside. We went around and asked at the hotel’s restaurant and they said that there was no way to get a room before 4pm. We sat outside the restaurant / bar, at one of there tables and pondered what to do for the next two hours and twenty minutes. I guessed that pissed off the barman because later, when Melanie got cold and asked if she could sit inside, the barman used a French curse word that even Melanie understood.

Obviously, we’re loving this place already. We moved tables to a larger one in the sun and spread out our gear a little, sort of to look like we were homeless. We considered putting our feet up on the table to rest our legs. No, I needed something better. Maybe I should take off my shirt and sunbath. Nah, we just walked straight across the square and had some pizza and a drink. We made sure the barman saw us. The bugger. I can’t wait for booking.com to ask me to review the place. By the way, the man at the pizza place was closing as we arrived. He said he could only sell us drinks to have outside. After he saw our disappointment, he quickly said that he could also sell us some individual slices of pizza. I am guessing that this may have been his own lunch. I do believe that there are decent people around here.

After waiting there until 3:50pm and watching several other people trying to open the door of the hotel, we decided to go start the queue outside the door. Inside, the receptionist ran to a back room when I looked in. She peeked out several more times but it was exactly 3:59.50 when she waddled over to unlock the door. That’s service for you.

Finally, two special people are hugging up a storm in heaven today. Happy 65th anniversary Mom & Dad. I think of you often but even more so today. 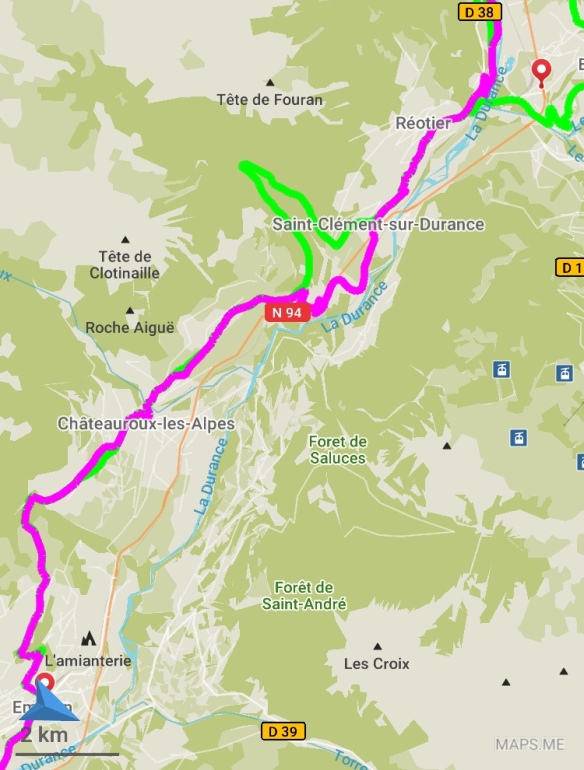 What we could have done… 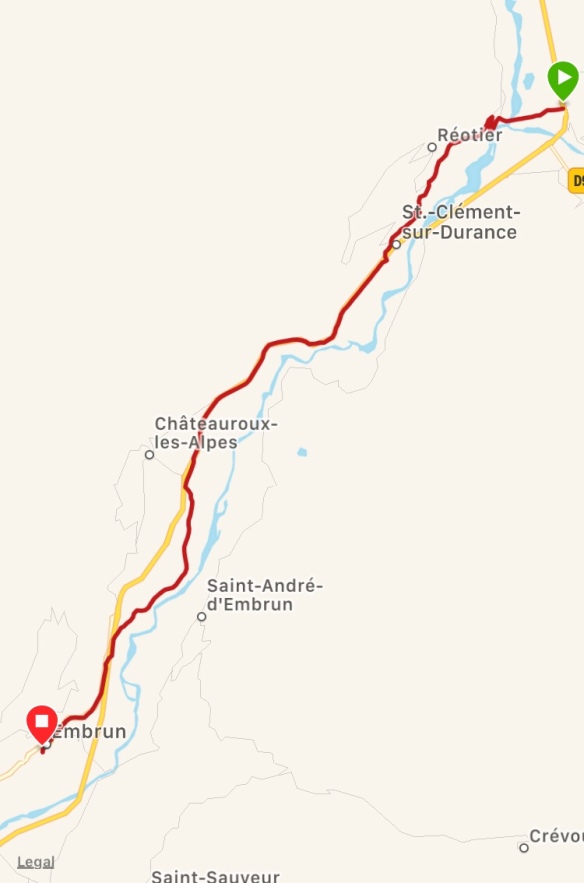 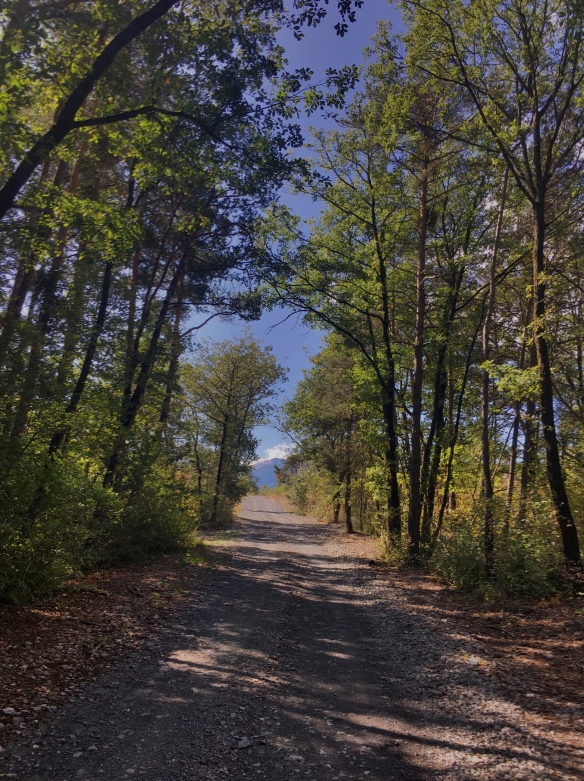 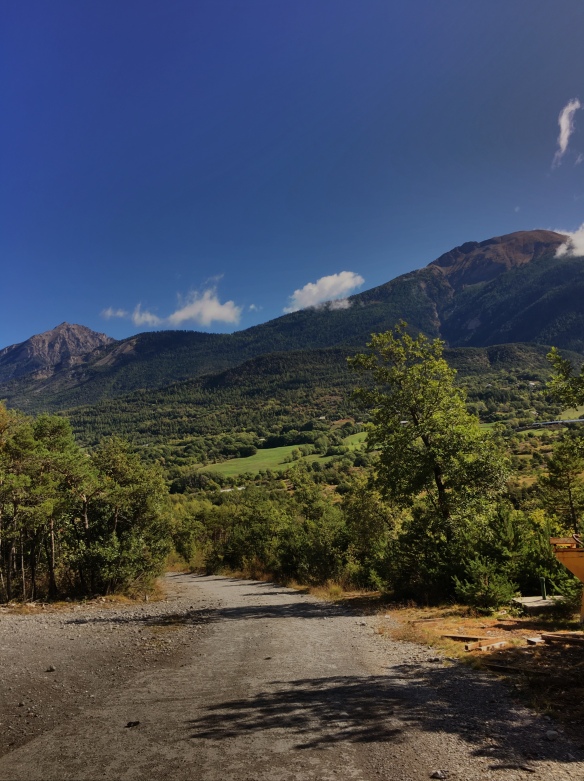 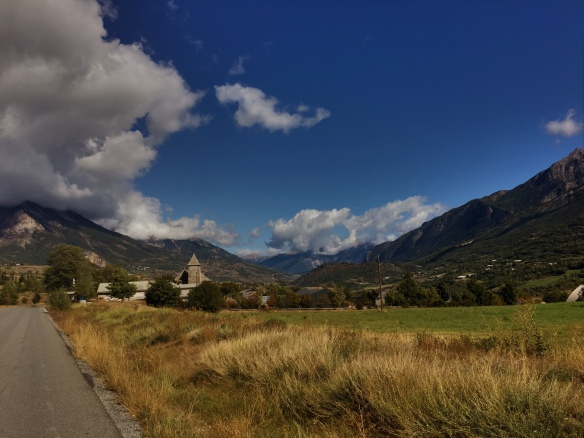 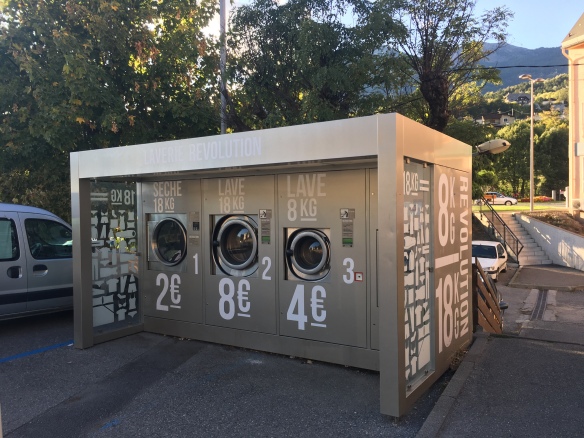