Today’s walk was about 40% on dirt or gravel paths and 60% on roads, mostly quiet back country lanes. Only about 10% was on busier road shoulders which can be dangerous if the drivers take their hand that is not holding the phone to their ear off the steering wheel too.  Again today, the vast majority of this very short section was along side of rice fields, most of which are ploughed and ready for planting but a few were already planted and flooded (rice is grown under water). 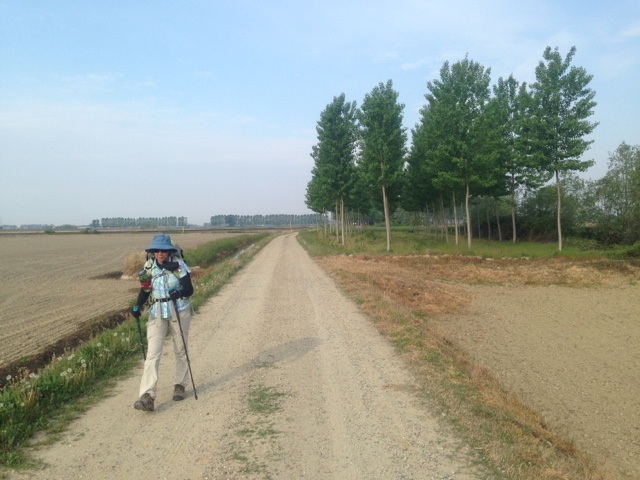 Even though today’s walk was shorter than normal, the late start and hot sun wore us down a bit. Maybe, not having trained at all had some effect too but we are okay. We kept our head down and just kept going.  Of course keeping your head down is not necessarily a smart thing to do when trying to follow a trail. We missed one turn off that would have added 100m but gotten us off a busy road for a good stretch. No harm there. We missed another turn off on the same road further on too. With that one, the GPS maps on my phone got us back on track, but our mistake this time added a few hundred meters of busy road walking.  The last place we missed by only a few steps as I was lucky to be checking the GPS just after we passed the turn. We need to be more careful or we’ll end up with a bigger detour. 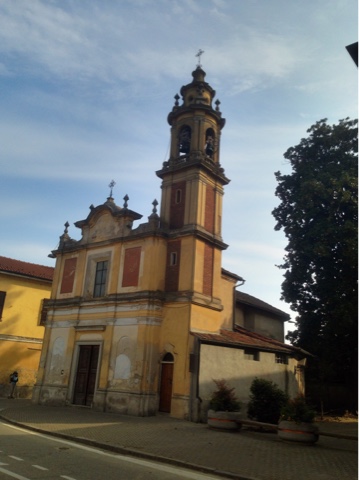 Reaching Mortara, we headed straight to the hostel at the basilica. Again we could not locate anyone to help so we went into the basilica itself. We found a priest who was happy to stamp our Credencials but he said there was no at the church to sleep. He suggested walking one more kilometre to a monastery but we were not sure of his directions which were of course in Italian. The main concern was whether we were supposed to go backward or forward that 1km on the trail. In the end, we backtracked a half kilometre to find the Hotel Bottala (60€ with breakfast) that we had noticed earlier across from the train station. 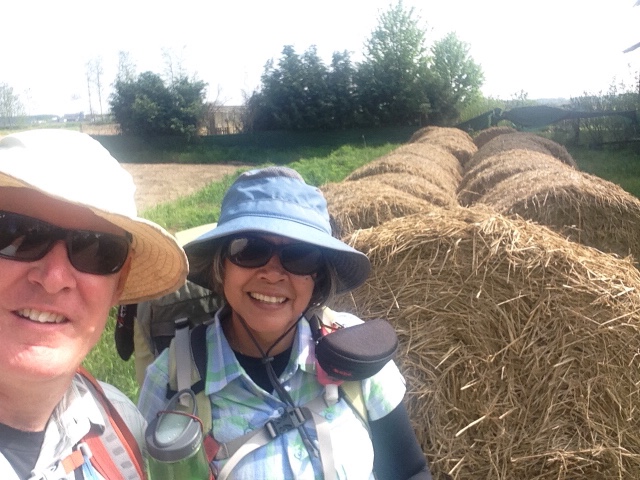 There is no wi-fi at the hotel (for the second night in a row), but we finally found a cafe across from the municipal building that has it.  That seems to be rare here as it looks like Italians actually talk to each other when eating or drinking coffee. How strange!  We also finally found a place to get a local SIM card. Life is great!