Skip to primary content
Today started with a 6:00am alarm.  That’s one of the advantages of staying in a pensión rather than an albergue (hostel).  We had time to noisily dress, pack our bags and get out the door by 6:45am. It took several minutes longer than expected though because the key card that was supposed to let us out the main door wasn’t working.  We just kept groaning louder and louder until the owner woke up, got presentable, came and opened the door.  I’m glad there wasn’t a fire.  Outside, we really could have used a fire though – it was 7 degrees Celsius when we started.  As always, I wore shorts for the walk but Melanie had on her tights and (usually) long pants. She is the sensible one. 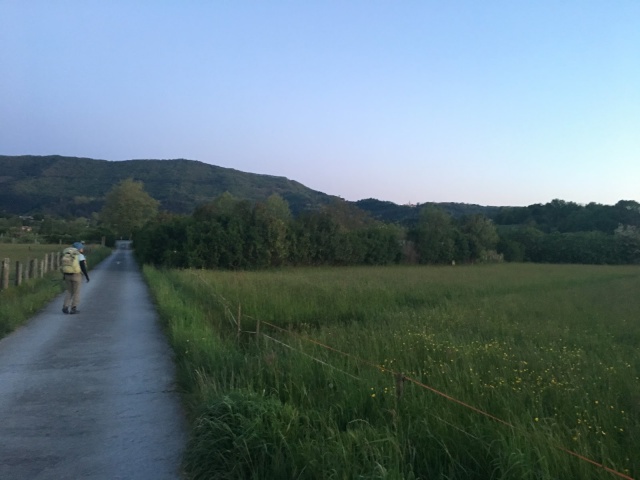 The walk out of Irun was easy but the whole way, we could see the steeple of the Ermita Guadalupe sanctuary on the hill in front of us.  We could also see the Jaizkibel mountain range next to it with the 45 degree slope to it.  We had to climb that.  The steepest part of the slope wasn’t all that long but we definitely had to stop every few steps to take a breath.  Why no one ever thought of putting an escalator up there, I’ll never know.

There were a few options to the walk today and we were told that the walk along the ridge of the mountain was by far the best for the stunning views of the sea on our right, of Irun to our left and of the 200 year-old watchtowers that lined the ridge.  We were also told that this route was extremely difficult to walk.  That understanding put us in the right mood to tackle it.  We ended up thinking that pictures don’t do justice to the trail’s beauty but that it wasn’t nearly as difficult as we feared.  It was a certainly a challenge and the ups and down the rest of the day just added to it but we managed it on three good knees between us.  Actually, the descents were more taxing to our legs but all is good. The highest point we climbed today from sea level was only 550m but remember that we don’t have hills to train on in Singapore. 550m is three times higher than any hill back home.

After the steep descent from the Jaizkibel range, we landed at the picturesque little town of Pasaia with its own harbour leading out to the Bay of Biscay.  We had to spend a whopping 0.70€ to cross the harbour by ferry boat so I guess you all know the truth now – we aren’t walking every step of the way to Santiago this time. Already on day 1 we blew it!  In reality, no pilgrims that I know of walk so far inland to cross at a bridge and the statue of a pilgrim with an oar at the dock says it’s okay to do.

While walking the hills, I had time to think about what went wrong at last night’s dinner.  We were at a bar that served an outstanding 9.50€ menu del dia.  For that, we could get a bottle of wine and water, a starter (we shared a huge salad and a huge dish of macaroni alfredo), a main course and a great tiramisu dessert.  For the main course, Melanie ordered the pork loin (lomo de cerdo) and I ordered some crab dish (something conejo).  When I got my dish though, it wasn’t the right thing.  It looked and tasted like some funny chicken or duck, not anything close to crab.  It may have taken me about 15 hours to get it but I finally did.  Cangrejo is crab in Spain’s, not conejo.  What is… oh buggers.  Conejo is rabbit.  That’s the second time in my life I have done that and both times were on the Camino. I never learn!

After some lunch, we climbed the next steep but shorter mountain that would take us all the way to San Sebastián.  This climb had endless steps to it that I preferred but Melanie didn’t. Instead of fantastic views in every direction, this mountain had much more trails in the forests which was nice.

We were passed by at least 20 or so pilgrims to Santiago so that was also good to see.  We are slow but not alone.  Only one of them did we really chat with a bit.  The rest were Spanish or German who offered a perfunctory “Buen Camino” but kept on going.  I’m sure we will meet up with them again.

We decided to stay in another pensión in San Sebastián but we had not made reservations.  That was a mistake, I think.  There are dozens of them, particularly in the neighbourhood north of the road after crossing the bridge into town.  The problem was that no one was answering the door when we rang the bell.  We don’t have a Spanish phone arranged yet and we didn’t pre-book online so we weren’t sure how to get in.  That lead to 45 minutes of wasted time and our “funny” story of the day.  At Pensión San Jerónimo (they canonised the Apache medicine man!?!?  Who knew?), we rang the bell just as a woman was coming out the main entrance.  We thought we were smart so I encouraged Melanie to go inside before the door closed, just in case we had trouble getting an answer like all of the other pensións.  Well we didn’t get an answer (until the barman across the way called the owner for us) but the worse part was that Melanie was now trapped inside the pensión building.  She needed a key to get out!  Eventually the owner got us reunited and it was late enough that we didn’t care that 50€ only got us a decent room but with a shared toilet.

We’re heading out for dinner now.  I’m just going to play it safe and order the pollo.  I love a good steak.  Peace y’all. 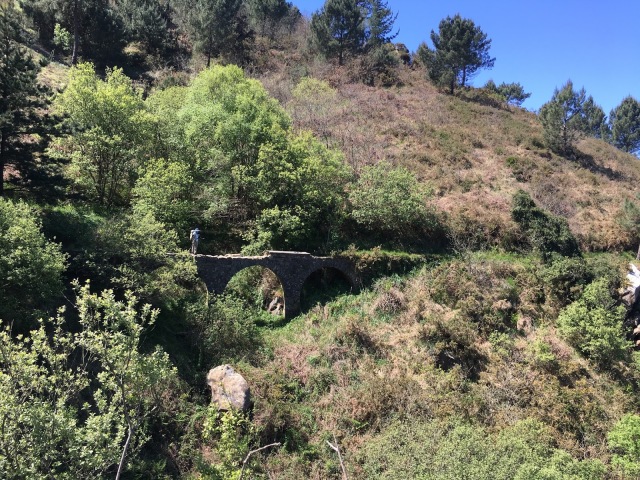 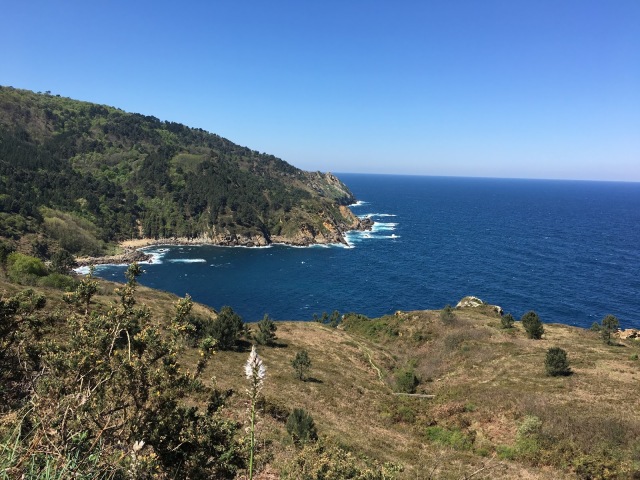 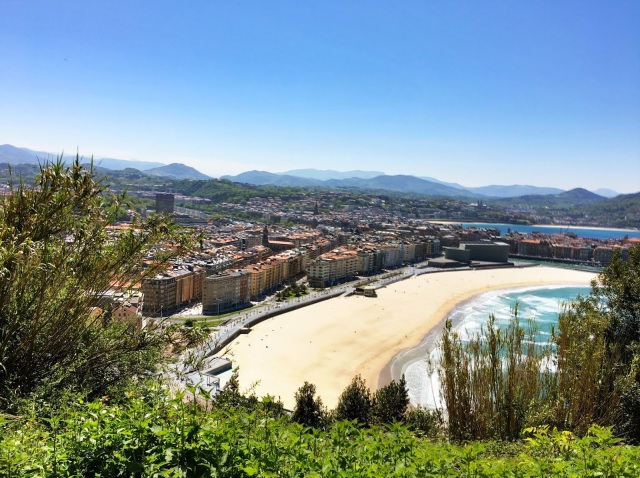