Skip to primary content
After beating up on the poor Pensión Bellamar yesterday, I have to give them credit for a few more things.  First, we had the best night’s sleep there that we have had in Spain these past nine days.  The beds were warm and very comfortable and with my earplugs in, I had a great sleep.  It took a lot of urging to get me out of bed.  I also have to give the hotel credit for their heating system.  Melanie asked at the front desk if the heating could be turned on because the water was coming out of the sink as ice and a polar bear had knocked on our window, asking to come in out of the sun.  The receptionist replied that she had just turned on the heater, and by morning, it had reached almost half way down the hall to our room.  I didn’t let the polar bear in.  Finally, with the cold air, the clothes that I washed at 4:00pm yesterday and hung in the room, were dripping wet when we went to leave this morning.  What is really strange was that they weren’t nearly that wet when I hung them up.  Cold air doesn’t hold moisture well and I think the clothes were soaking up any molecules of water in the air.
When we did leave this morning, the rain had already started and it was a frigid 5 degree Celsius. Both Melanie and I had dressed for rain in the room and I put my iPhone in a waterproof case so I missed out on the best photo of the day.  After stopping at a nearby cafe for breakfast, the rain got heavier so we took our time.  When we did come out and started to walk down the promenade next to the water, we could see half of a beautiful double rainbow (two halves make a whole, right?).  The rainbow was in front of one of the blackest, stormy skies I have seen and in the foreground on the promenade were rows of trees like the ones below (anyone know what kind of trees these are?).  I’m sorry I missed the photo but it is seared in my memory. 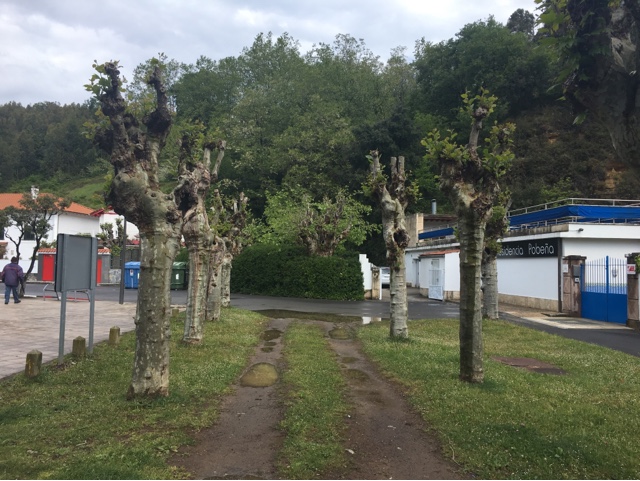 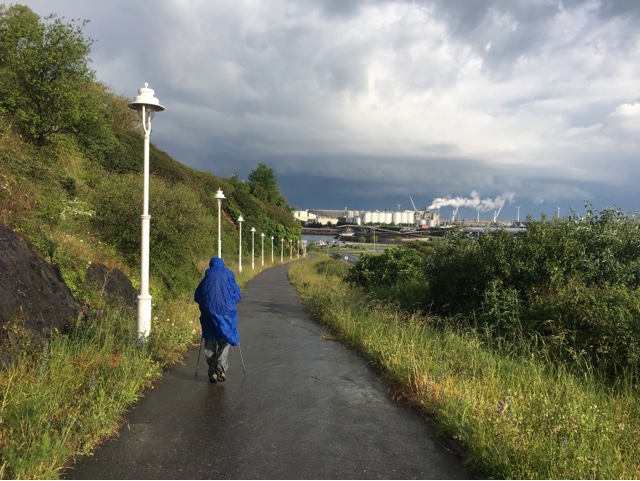 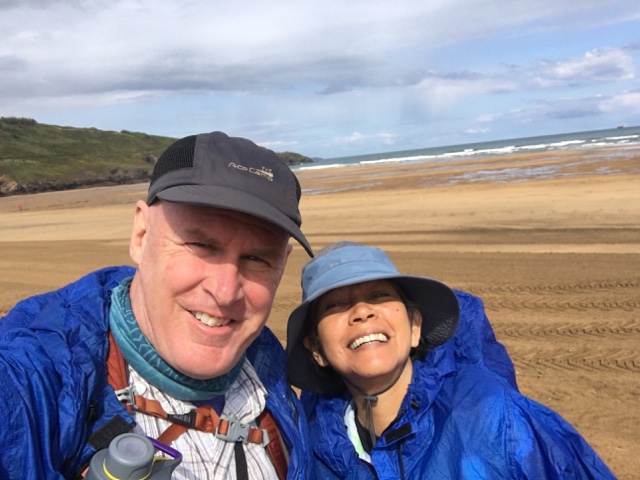 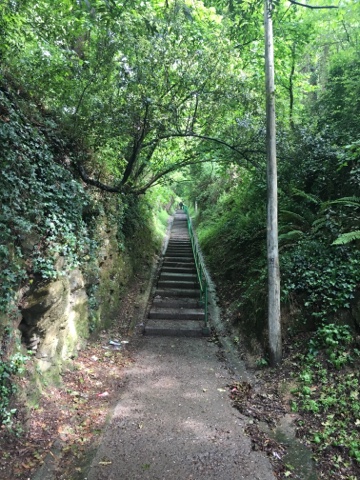 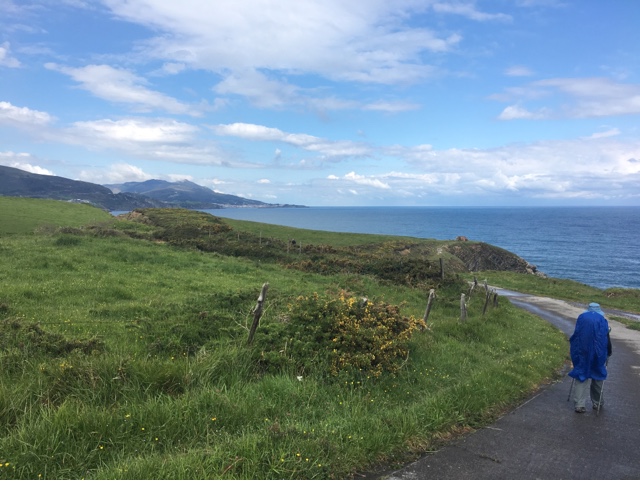 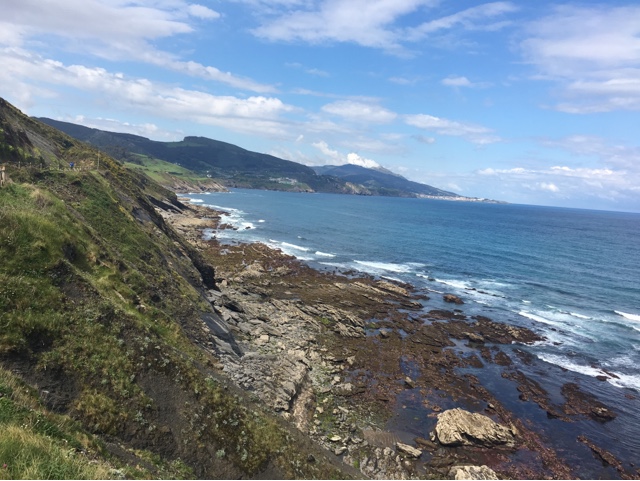 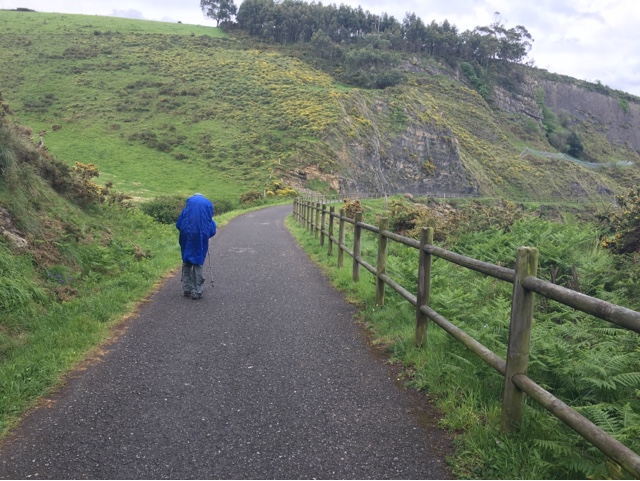 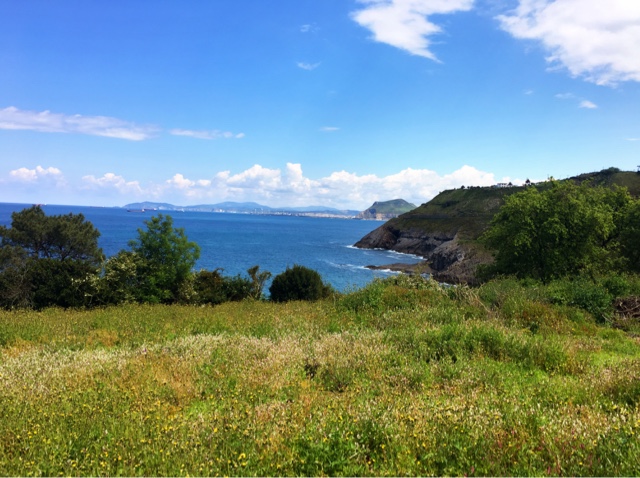 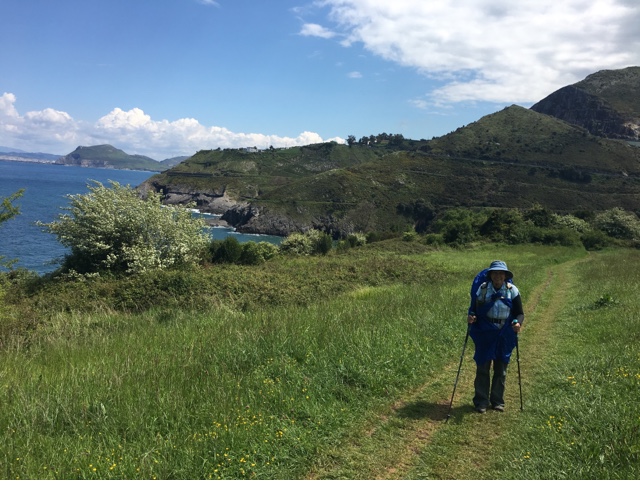 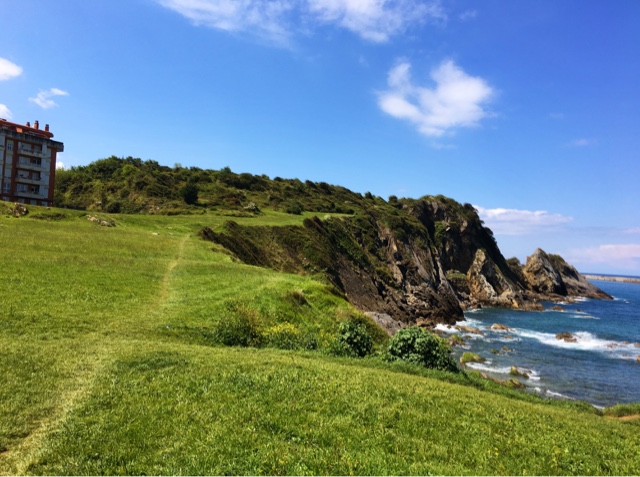 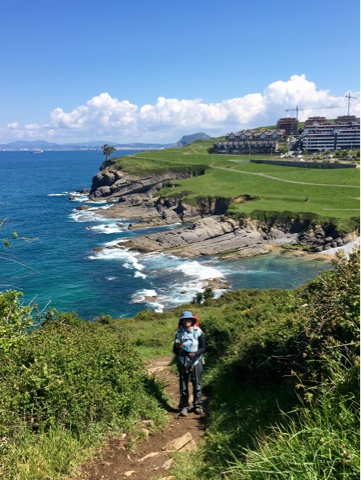 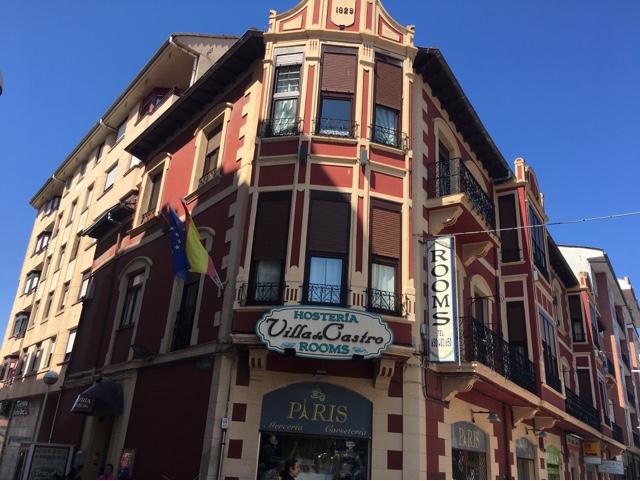