We managed to catch the right train from Manchester’s Piccadilly Station to Carlisle then another train to St. Bees without too much trouble. The toughest part was trying to find a trash bin to throw out our rubbish at the station.  Due to terrorism worries, all bins have been removed and we discovered that the proper thing to do was to walk around the entire station, looking for the janitor who wheeled around a bin.  The train station in very large with thousands of people walking through every hour, many stopping for a bite at one of the numerous food stands.  There was only one janitor in the whole site to take donations too.

The only very major problem we had was in the Carlisle station.  It was around noon but Melanie wasn’t hungry after her late breakfast so she just ate a small bag of potato chips (“crisps” to you John Bulls).  She described them as the most stale chips she has ever had in he life.  She needed to wring them out before eating them to remove some of the moisture.  I tried some and I swear that chips left out in Singapore’s humidity for a full day would have been fresher than these chips.

On the train ride, we passed many a large small town through Lancashire. We also crossed the part of the Coast to Coast walk in some beautifully hilly area of the Lake District.  We are planning to pass that spot again on our fifth walking day and we are looking forward to it.

The weather is actually pretty good today.  Anyone who started their walk this morning should be pretty happy.  We were told that this was the first day it hasn’t rained heavily in a week.  We had a very brief shower while walking through St. Bees but that was nothing.  I’ll gladly accept two weeks of today’s “partly cloudy with occasional showers”.  That said, we were also told that the walking path is sodden and muddy, due to the recent rains.

One more story from today.  While we ate a fast food breakfast in the train station, an old man sat across from us and struck up a conversation.  His advice of buying home made sandwiches and coffee from the street vendor outside would have saved us £7 if he had said something earlier. I think he took great delight in knowing that he had the best local knowledge on the subject.  We chatted about a number of other things too but when he started to rail against the community groups trying to overturn the Brexit vote, he really got my attention.  He said “The vote was done; we are leaving the EU and if people don’t like that, they can leave”.  I asked him about all the problems this was causing for Ireland, re-establishing a border, immigration, customs and possibly re-starting the troubles.  He said that wasn’t a problem because Northern Ireland can just unify with the Republic. I think that would make many Republicans happy but that talk would be considered treasonous to the Loyalists in the north.  I have to wonder about this old guy.

We are now resting before dinner and slightly worried about the walk. We have a bit more anxiety about this walk than in the past mostly because of the weather. We are still trying to figure out what to wear and carry.  We have a courier who will take our spare gear to our next B&B but what do we take with us?  The second worry is the language issue for me.  I’m reading the description for the walk tomorrow and I keep having to look up works like stile, fell, dale, cattle-grid, kissing-gate, metalled roadway, furrows, bridleway, ugggh!  What language do they speak here????

FYI, we are holed up tonight in Lulu’s B&B.  It seems lovely so far but it’s main attraction might be a drawback later tonight.  The house is the old train station house.  We had a ten second walk from the new station and we are at the right end of town for tomorrow’s walk but the train tracks are five meters from our window.  When do the trains stop for the night? 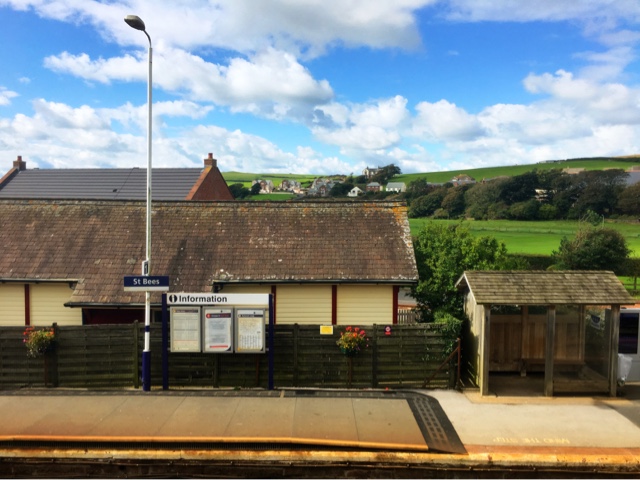 The view from our window 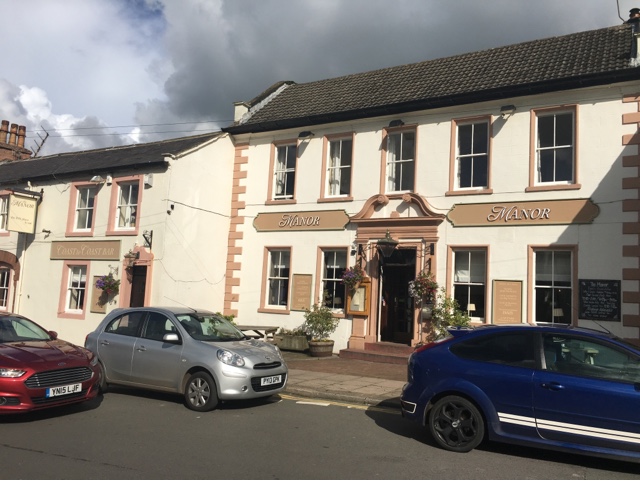 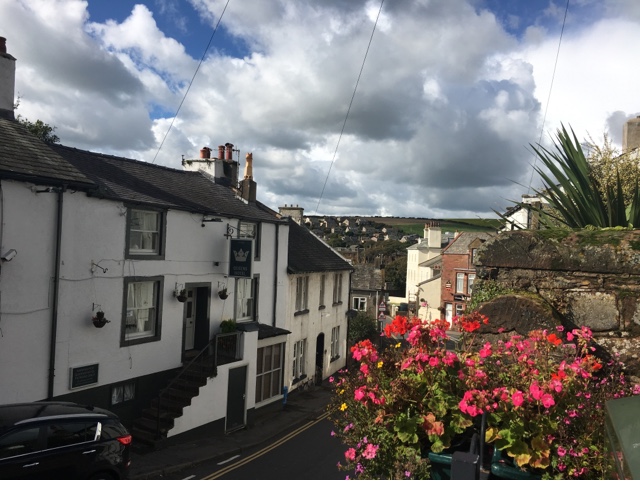 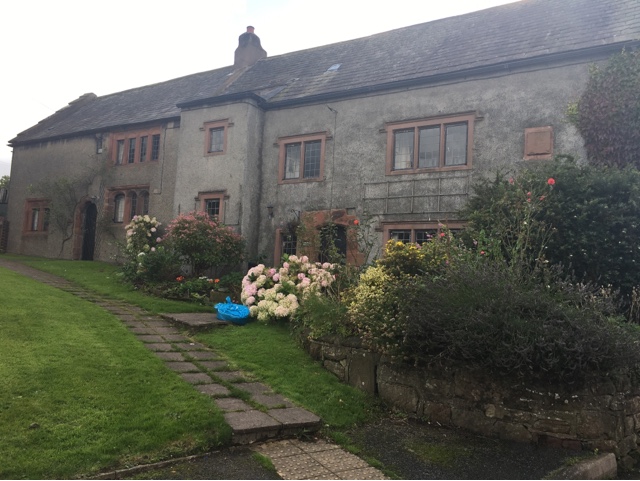 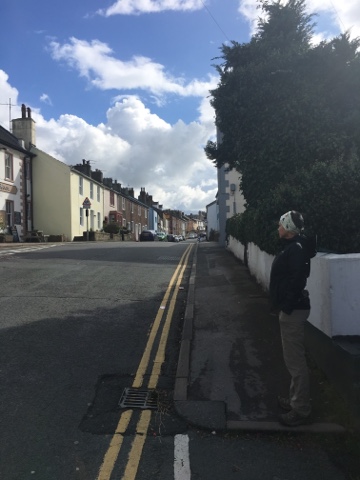