Travel is never a matter of money but of courage. ~Paul Coelho 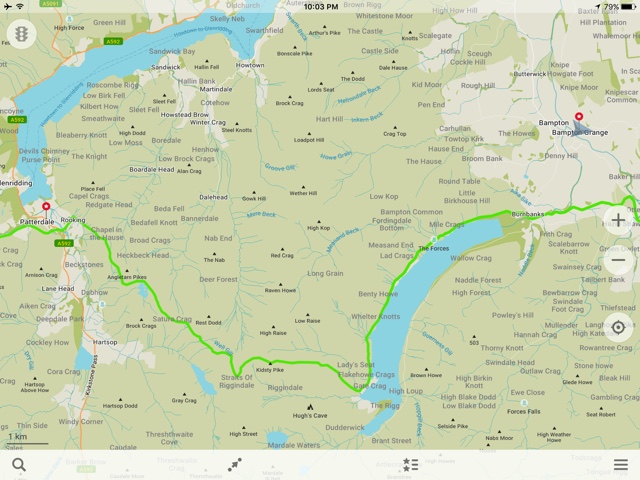 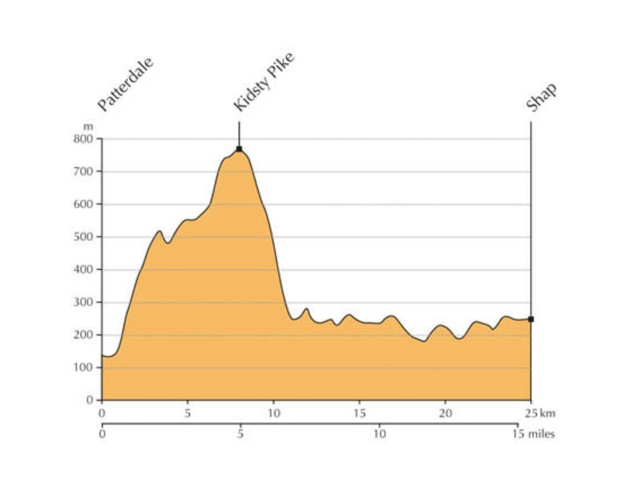 First, we had a great day of – and for – walking.  We made it to our intended destination.

Second, there is an asterisk beside the distance and time because of both forgetfulness and honesty.  After walking almost a kilometre this morning, to start the day, I suddenly remembered that our hostess from last had not collected the payment for our boxed lunch for the day that Melanie and I share.  Melanie lost in scissors, paper, stone (or rock, paper scissors to you Yanks) so she did an extra 1.8km by walking back to the B&B, paying them for the lunch, then walking back to where I was waiting.  We almost got away without paying. 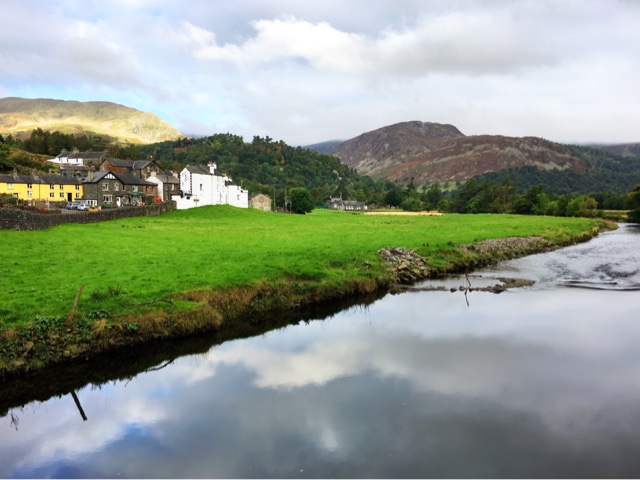 Today’s walk started as a gradual hike up a mountain but every time we got near the summit, we realised that there was a higher peak just behind the one we were on that still needed to be climbed.  I just kept thinking that the first 8km of the walk went fast, then I would understand that, no, this wasn’t yet the summit.  It took us three and a half  hours to get to the top of Kidsty Pike which is still a ridiculously slow speed for us but that’s we seem to be able to do on these mountains. 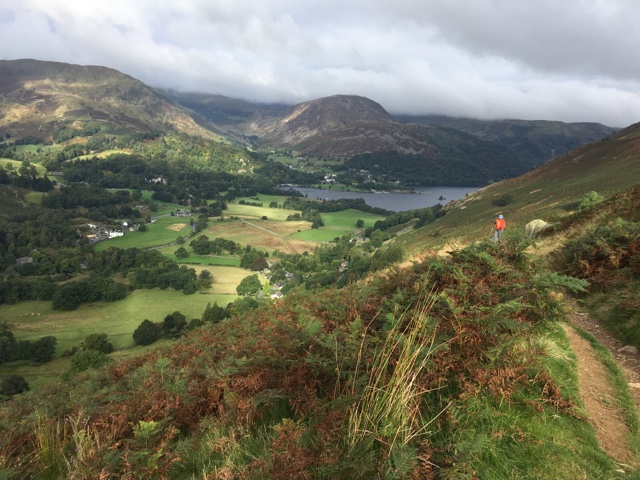 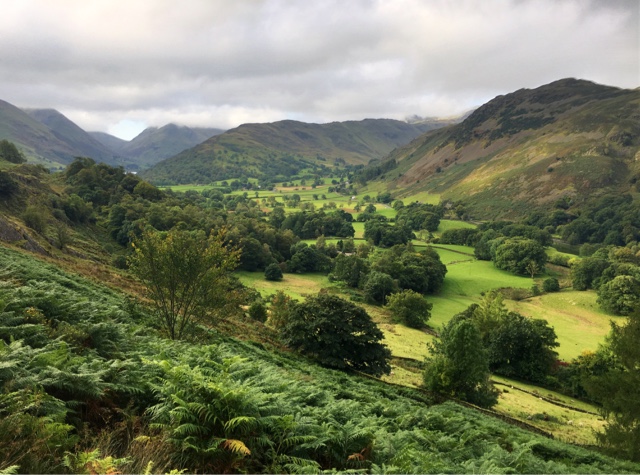 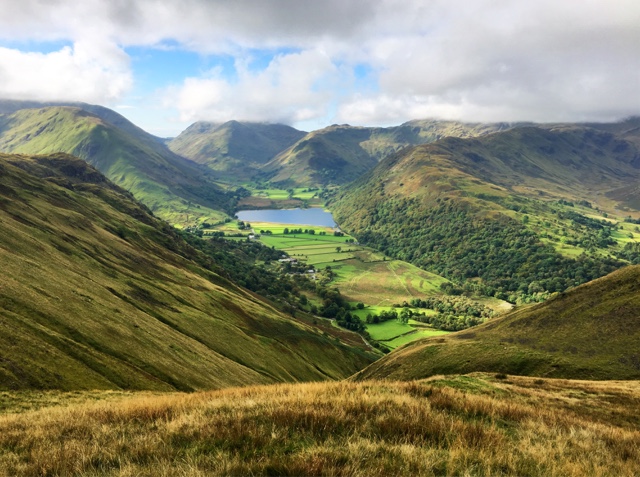 On the climb, we had lots of rocks to step on which eliminated the majority of walking in water or mud but we still had enough that to keep us entertained.  We passed along the banks of Angle Tarn, with “tarn” being the English word for lake, usually used by people who have gotten tired of using the word “lake”. As we neared the summit, clouds stared rolling in which worried us some.  It got cold enough for me to put on a wind-jacket and a buff around my neck and ears.  That’s unusual for me. 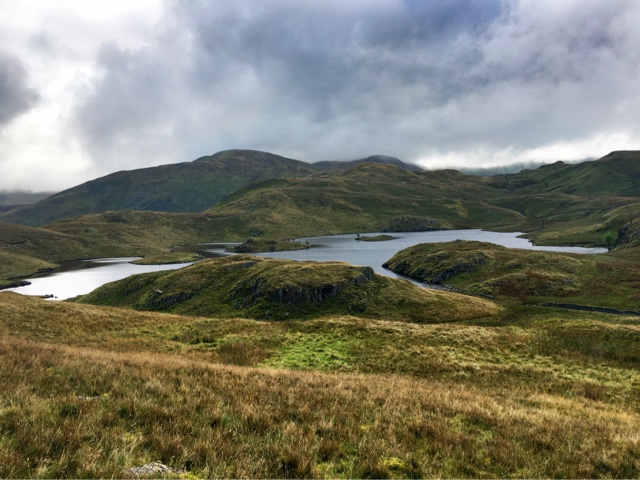 Once we finally got the summit into view at the other end of a long ridge, we could also see that the peak was often covered by clouds.  After a minute, the winds would change and we could see people on the top resting before the descent.  It turned out that we should have rested ourselves.  The descent was not steady at all.  There were long stretches of clear trails at a gradual slope but also a very long stretches of clambering down rocks, sometimes on the seat of our pants or needing to face the rocks to scale down them.  It took us 90 minutes for this 500m descent over 2.5kms but we were ecstatic at the bottom as we understand that it was the highest mountain that we would encounter on this trip. 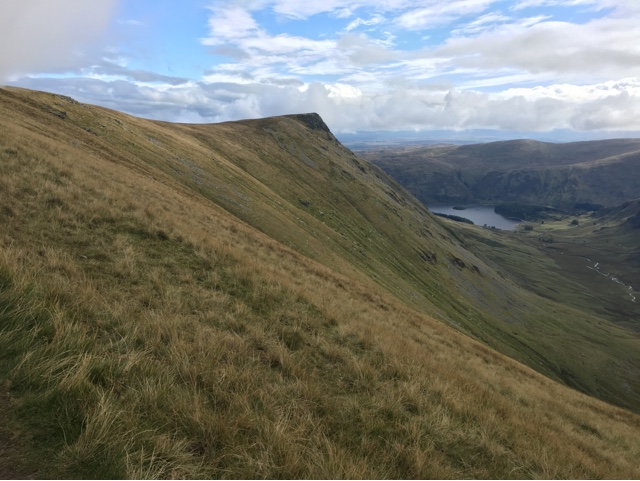 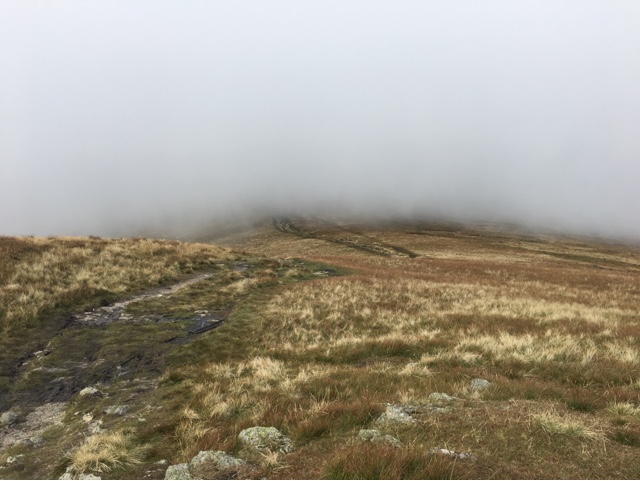 At the bottom of Kidsty Pike (“pike” being the English word for “mountain”, usually used by people who can’t pronounce “mountain”), all we had to do was to skirt along the side of the long Haweswater Reservoir, then walk on roads about 3kms off of the Coast to Coast, to reach the Crown & Mitre Inn in Bampton Grange, the destination for tonight.  Please forgive my late posting, lack of proof-reading, short entry, etc. But I’m blaming it all on Melanie’s long time friend, Katherine and her husband Phil. They drove up from Lancaster to meet up with us and ended up treating us to a lovely dinner and great conversation. 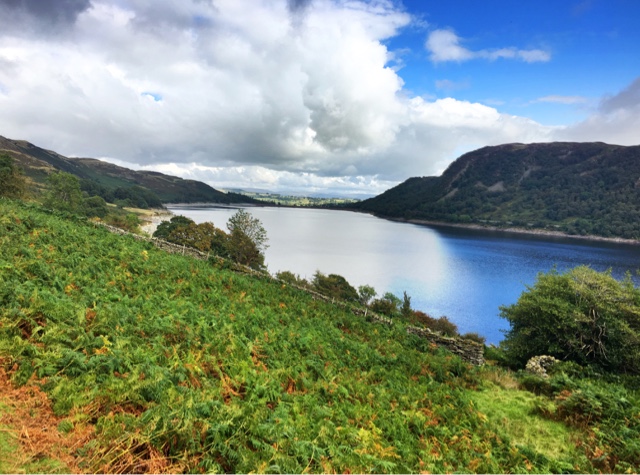 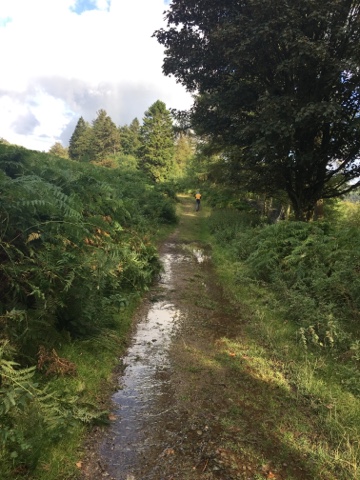