“A mind that is stretched by a new experience can never go back to its old dimensions.” ~Oliver Wendell Holmes, Jr. 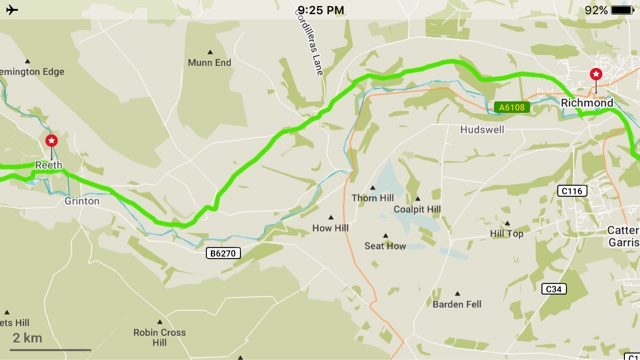 Today started as a typical autumn New England day with a crisp chill in the air and a beautiful blue sky.  Now you know why I said “New England”!  From the breakfast table, we could not see a single cloud out the window towards the north. Really, this couldn’t be old England. 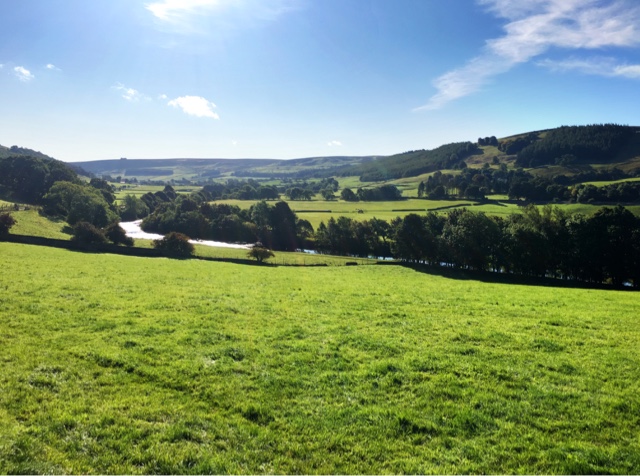 Our favourite story today actually occurred during dinner last evening.  We walked over to the Buck Hotel for a pint and dinner as it was highly recommended by our host.  Half way through dinner at the nice hotel pub, four British men about our age sat down at the table next to us.  They have obviously been doing some walking holiday themselves and as we have often found, a group of middle-aged men let out by their wives to do manly stuff are a riotous bunch.  They were laughing and joking about everything under the sun, particularly laughing at each other’s foibles while walking.  We chatted with them a bit and the one sitting next to Melanie asked if we were also staying at the Buck Hotel.  Melanie explained that we were staying just across the triangle (well, it’s not a square and that’s what the locals call it) at the Fletcher House B&B.  Without missing a beat, he asked her what then were we going to do about breakfast.  All the sudden the three of the other men, Melanie and I all went silent for a few long seconds.  What could we say in reply?  The men were also too gobsmacked to speak.  Just then, the guy who asked the question suddenly had a thought and said, “Oh, I guess it’s in the name”. Everyone roared.  When I could finally speak, I said to him that he will never guess what else the B&B provides us with.  More raucous laughter.  His friend then said to me “Oh go on then, give him a hint”.  I couldn’t breathe, I was laughing so hard.  That’s life at the pub. 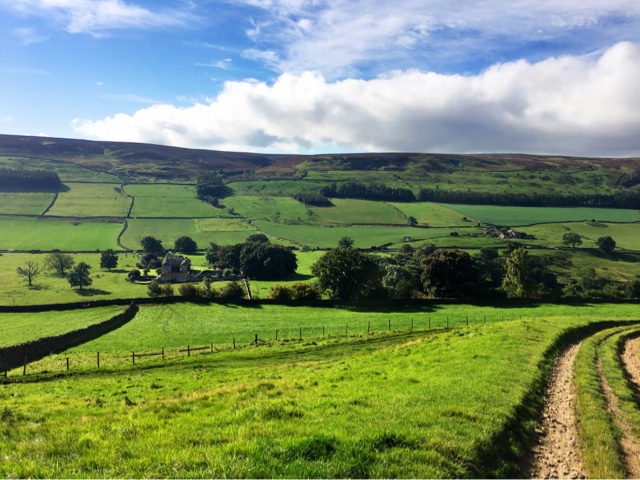 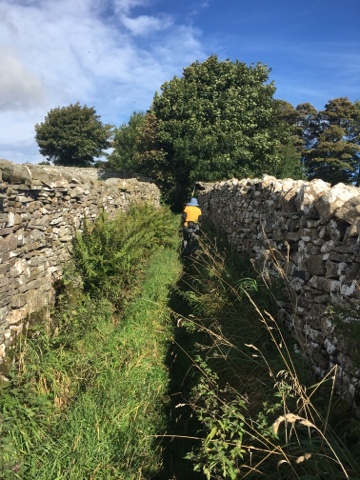 Speaking of breakfast, I have to say that things are far different on this walk, compared to our Caminos. On the Camino, we are usually staying hostels, pensións, cheap hotels, etc.  If we have breakfast before we walk, it is usually juice or coffee and a croissant. We try to stop at one, two or even three places along the walk to get some other pastry or small sandwich and soft drink of coffee.  That’s our breakfast(s) in Spain or Italy.  On this walk, we are staying mostly in B&Bs and, as “most” people know, the second B stands for breakfast.  We are treated every day to cereals, muesli, fresh fruit salad, yogurt, a variety of toast, eggs cooked any style, bacon, sausage, grilled tomatoes, mushroom, baked beans and black pudding (for the courageous).  They also have twenty different teas, coffee however you like it, and fresh squeezed apple juice.  Although we have found very few places to eat along the walk, we don’t really need to stop.  The breakfasts are also ever-so civilised, served on fine china with silverware and silver toast caddies, etc.  I could get used to this. 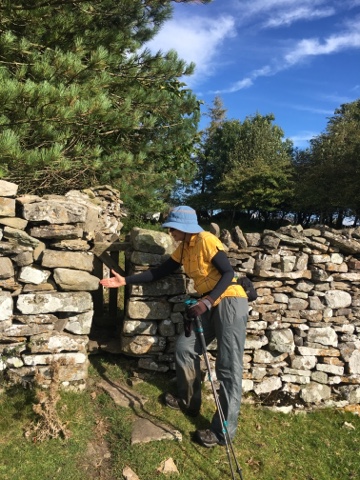 One of the skinnier gap stiles. 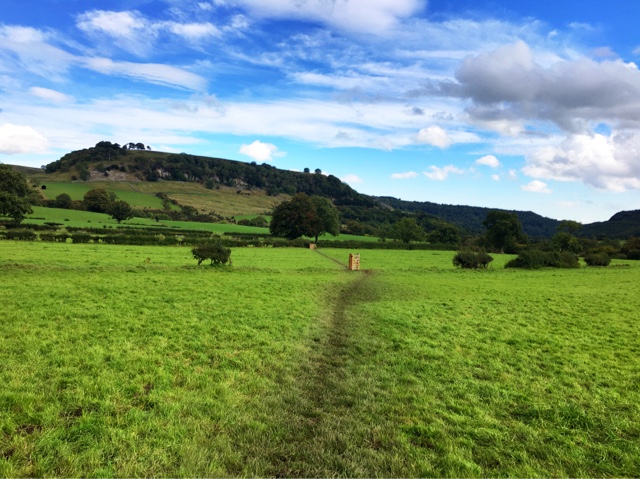 Oops.  I forgot.  The walk.  Let me tell you a bit about that.  Actually, I have delayed doing so for good reason.  For the first 6km of this advertised short 16km day, we were apparently MIA.  As soon as we walked out of the little town of Reeth, the guide book, and other walkers, followed the Arkle Beck and then River Swale eastwards.  Our GPS tracks told us to stay on the road to the north, that almost paralleled the new route like Ps and Qs ©.  When we reached the point where the road and river paths met, at about 2km, we continued on the road, following the GPS directions, not knowing that the new trail crossed the road, then turned and ran parallel on the northern side of the road.  Another kilometre later, the new and GPS trails came together again at the Marrick Priory.  It was at that point that the two routes coincided but not with us. We accidentally kept going straight, through a farm track.  This was our first real mud of the day but when I checked the GPS, I apologised and said to Melanie that we were off the GPS course but we could continue on the existing track that appeared to intersect where we should be a few kilometres later.  The weird thing was that even though we were on neither the GPS tracks or the guidebook tracks, we passed two Coast to Coast signs on that stretch.  It must have been an old route. 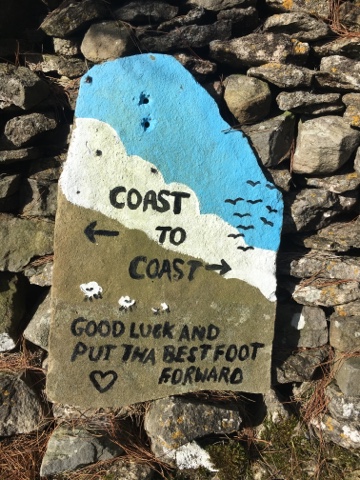 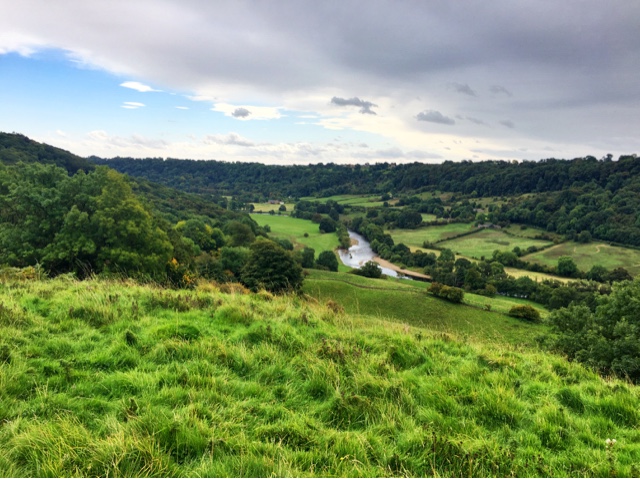 The rest of the walk was lest dramatic in all but the views.  Much of it was through farmland although we had some road walking near Marske and a walk through the forest near the end.  For the second day in a row, we have walked a good portion of the way with two American woman and one Australian woman.  Sadly, our nicknames for them and Greg, Greg and “the other one”.  It is because one of them looks and walks so much like one of our friends in Singapore named Greg and another one looks exactly like a different friend in Australia, also named Greg.  Seriously, this is no slight on our two friends named Greg. 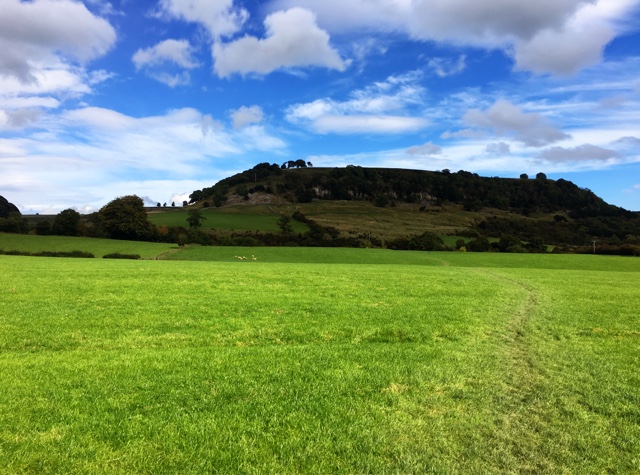 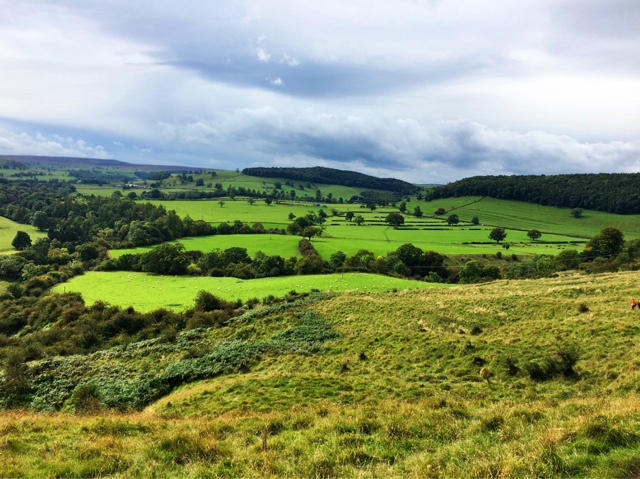 Despite the relatively easy trail that we did today, we still managed to only walk about 3.75km per hour.  When doing our training walks, we walk at least 5kmh and we often walk at 6kph or more.  Why are we so slow now?  I have been thinking about this and the answer is varied.  First, I am taking 20-30 photos per day and using an iPhone app instead of the normal phone camera.  Each photo probably wastes one minute, mostly because of the app taking so long.  We also often stop to check directions on the GPS app – obviously not enough times.  Time that we stop for food or snacks is calculated in my total time.  Whenever we meet someone coming towards us, on this walk, it is nearly mandatory that you stop and chat about the weather, where everyone is going, where everyone has walked from, what nationality everyone is, what obstacles or problems lie ahead, etc.  These chats often can last up to five minutes.  Another reason are these infernal gates.  We seemed to go through some gate every ten minutes or so and it drives me nuts.  The gap gates, ladder stiles, wall stiles, etc all cost us time to get through.  We also have pee stops as well as briefer stops to drink water.  No I am wondering how we can walk as fast as we do.

We are staying the night in the Wallace House B&B.  Robert Wallace lived and died here and was famous in these parts in the early 1600’s.  That makes the house we are in more than 500 years old.  I think the television and wi-fi, as well as bathrooms, were a later addition.  We also walked passed Wallance Leap earlier today at the top of a cliff.  The story is that his horse went out of control and galloped straight off the cliff but Wallance managed to jump off at the very last second.  It seems that this good fortune continued until he was named Alderman of the town of Richmond.  I think the guy who runs the B&B is his youngest son.

That’s it for today.  We have an early day tomorrow and it’s late now. I forgot to mention that it started to drizzle just as we walked into Richmond and it has been raining ever since we made it to the B&B.  We managed to go out for dinner and reapply some things at the store but, otherwise, did not see much of the town.  That is too bad too because it seems to have a lot to offer. 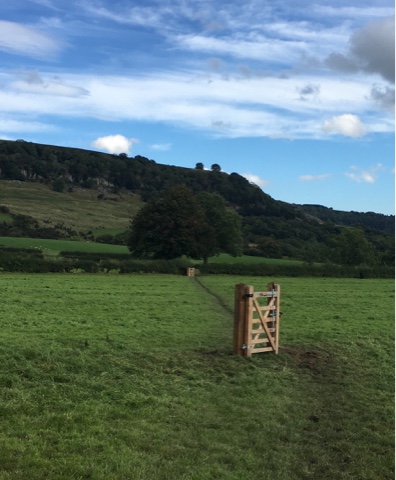 Two off the less effective gates that we encountered. 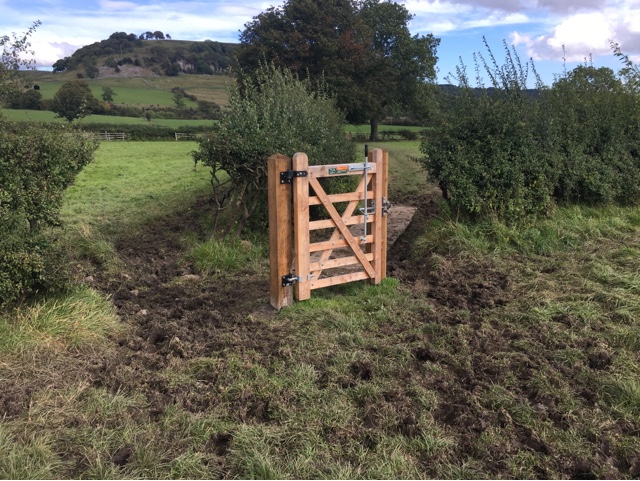 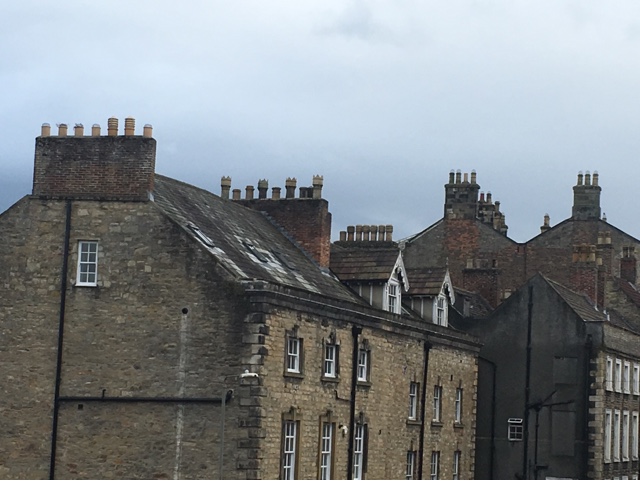