“I think you travel to search and you come back home to find yourself there.” ~Chimamanda Ngozi Adichie 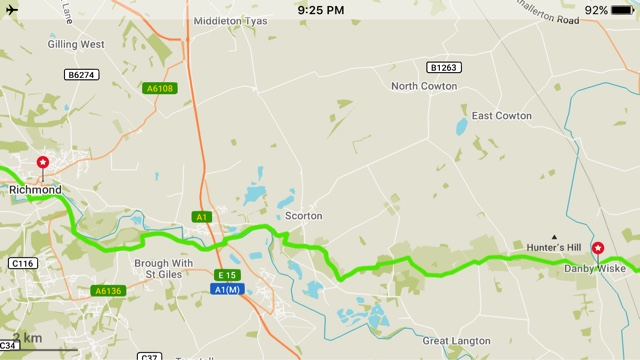 After yet another fancy and full breakfast, we set off at 8am into a rather cold fog.  I thought the forecast was for clear skies followed by partly sunny?  Someone didn’t get the message.  Our walk out of Richmond didn’t take us pass the castle that we missed yesterday because of the rain.  We will have to come back so day. 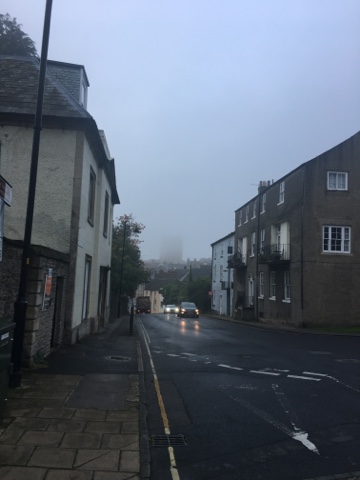 The castle tower in the centre, in the fog.

We crossed the River Swale on the eastern bridge out of the town of Richmond, directly to the old train station.  We were reminded that the day before, a man stopped us on the street and, after confirming we were “Coast to Coasters”, he told us that there is a new route to take for the walk because when Wainwright came through, the train station was still in operation.  We now followed the man’s directions to walk along the former train lines which had been turned into a gorgeous, tree shaded, packed earth walking track for about 1km.  The track itself continues onward but we had to get off to rejoin the trail in the guidebook, just missing the long walk along a major road.  The coincidence here was that while walking on the former train line, we met the same man again who was out for a walk.  He started telling us directions of how to get off the track before recognising us. He is this section’s guardian angel. 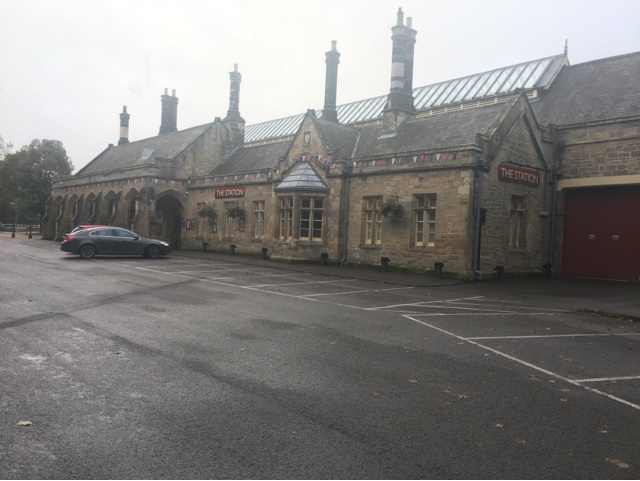 Futher on, we were still following close to the River Swale through forest where we found markings that we believed were done by a hash house harrier group (the, Eric, umm, cough, cough “running” club we run with in Singapore). We felt right at home. 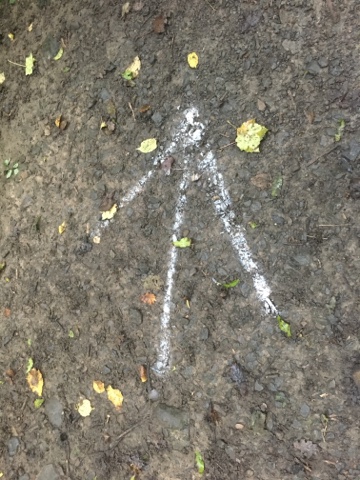 Later, as we approached the A1 highway, the footpath was closed and we needed to do an unwelcomed 1.3km detour over the highway and around to the village of Catterick.  It was there that we saw several hundred geese flying overhead, some in formation but some obviously still feeling the effects of a late Friday night at the pub and flying helter skelter. 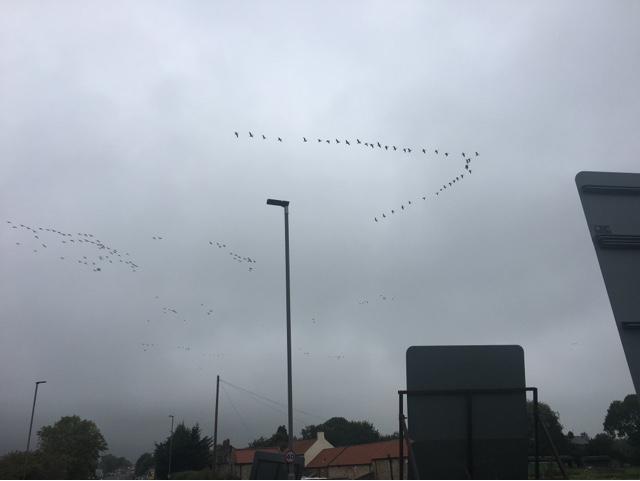 A further path around quarries landed us in the famous village of Bolton on Swale.  Mind you, I didn’t know that it was famous until we got there but serendipity struck again and I’m glad it did.  As we approached Bolton’s 14th century church of St. Mary’s, we saw a sign saying that they had coffee, tea and snacks inside for walkers.  We actually needed a toilet more so we went through the gates and graveyard to find a locked church door.  Those CofE folk lie a lot.  We decided to sit on a bench in the graveyard and eat our packed lunch.  While there, we saw the sign indicating the grave of Henry Jenkins who, records show, was born in or around 1500 and died in 1670 at the ripe old age of 169.  Better still, we also found out that this was the church of George Calvert, the first Baron of Baltimore and founder of the province of Maryland, my home state.  Calvert was born in the nearby village of Kiplin in 1579 (when Jenkins was already 79 years old).  In fact, as we walked away from the church, passed some pasture land, Melanie spotted a mansion in the distance that she said reminded her of Downton Abbey.  We later found out that this was Kiplin Hall, the home that Calvert built.  The Calvert family owned the house until 1722 which, had he lived, would have been Henry Jenkins 222nd birthday. 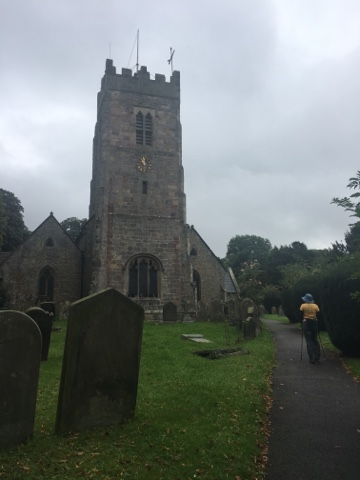 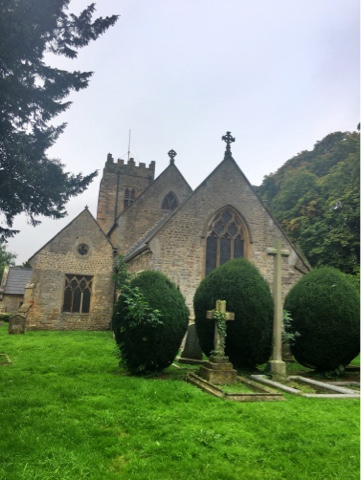 After sighting Kiplin Hall, we spotted two walkers ahead who must have passed us when we were eating.  One of the walkers we recognised almost immediately from her gait and build.  She was Singapore Greg from the group of women we walked with some over the past two days.  Where the other Greg and “the other one” were, we didn’t know.  As we got closer, we were surprised to see her current walking companion was Irish George, from the group Irish/Aussie/teacher.  As we caught up to them, George looked relieved and handed Greg (who apparently refers to herself as Christina) off to us and walked ahead at his usual lightning pace.  Christina was also heading to Danby Wiske but George was going on to Ingleby Cross, an impressive 14km further down the road.  He needed to move faster.  We actually caught up to him twice, however, when he stopped for a cigarette break and the last time when he stopped for a couple of pints of ale at the White Swan in Danby Wiske, our home for the night. 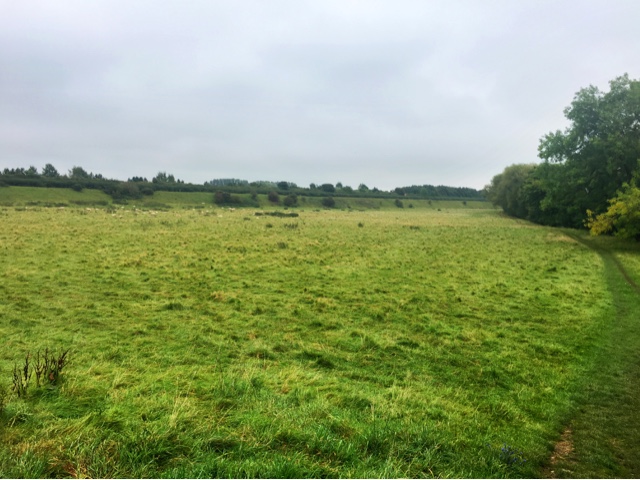 I should also note some other walkers that we met today.  One of them was a British man walking from Richmond to Osmothery, giving him a 42km day.  Also, there was a septuagenarian at our B&B this morning who said that she was also heading to Osmotherly but that turned out to be a senior moment.  When she strolled into Danby Wiske, she announced that she was done for the day and started to look for her B&B.  Apparently is walking only tomorrow.  That is still pretty impressive for someone her age.  One final walker we should mention is John, the Aussie part of the Irish / Aussie / teacher ensemble.  He walked in to the White Swan while Melanie and I were having dinner with grand-mom and Greg/Christina.  We got to sit and chat with him a bit to catch up since we were last together.  His stories matched up with Irish George’s but he told all the funnier versions. 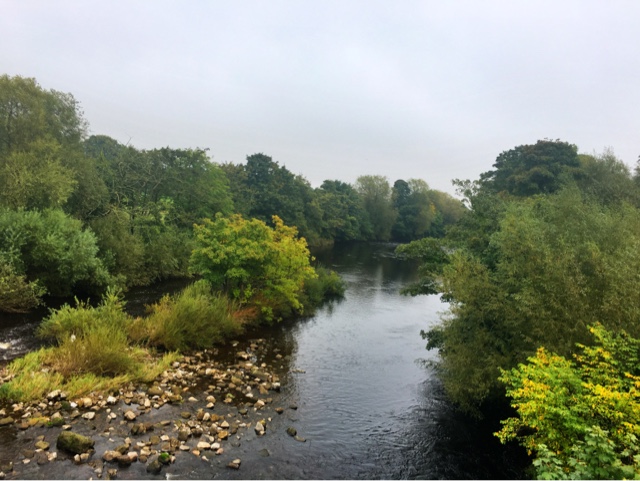 That’s it for tonight.  Tomorrow or the next day, or both are going to be biggish day’s and I need to sleep.  Tomorrow, we have accommodations in Osmotherly, which is only a simple 19km away but the next day to Blakey Ridge is a rough 32km trail through the sizeable hills and moors.  We are planing a way to average those days out a bit.  Wish us luck.