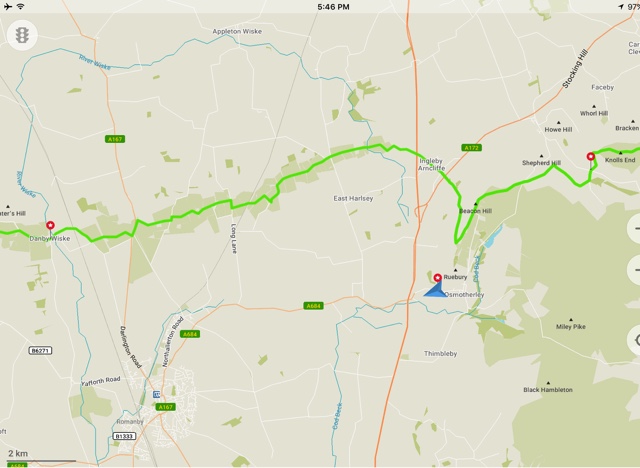 Today was a bit strange of a day.  By jabbering away at breakfast with fellow walkers, we didn’t get out to start walking until 9:20am. In Spain, we would have been almost half-finished the day’s walk by that time and, by minimum, we would have been finished at least our second breakfast.  The walk was an easy flat trail through farmland for the first 13km, then over the next 6km, our first climb and descent for a few days.  Even though it was a paltry 150m up and down, it was shocking how used we had gotten to flat land.  That took us as far as Osmotherly and our B&B for the night.  We weren’t done yet though… 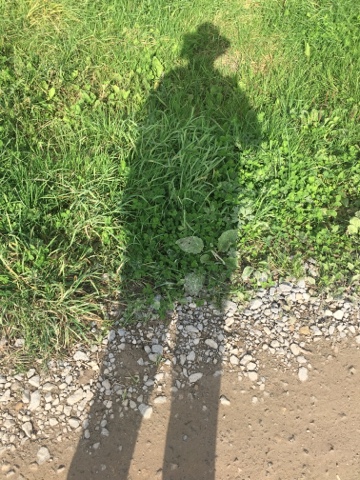 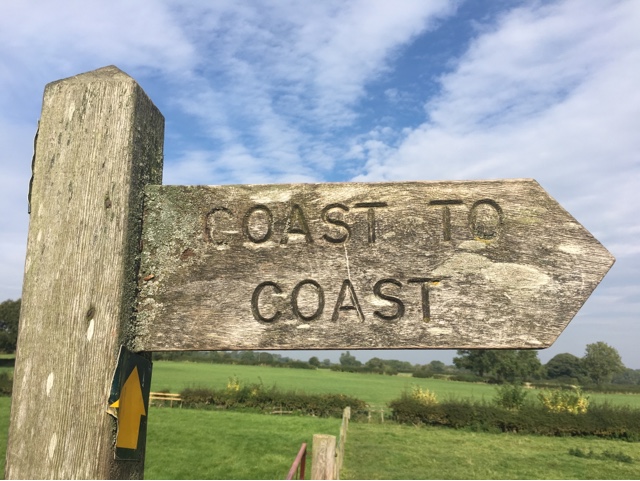 Because tomorrow is a scary, 32km day with a 250m climb, two 150m climbs, and three other 100m climbs, and all of their steep descents, we needed to do something short of skipping some portions.  When we got to the B&B today at 2:15pm, we asked our host to call us a taxi.  We caught a ride up to a spot 8km into tomorrow’s walk, got out and walked backwards on the trail to Osmotherly again.  In the morning, we will take another taxi to the same spot and start walking forward, giving us a a new itinerary of 24km, two 150m climbs and the three 100m climbs.  That is much better for us. 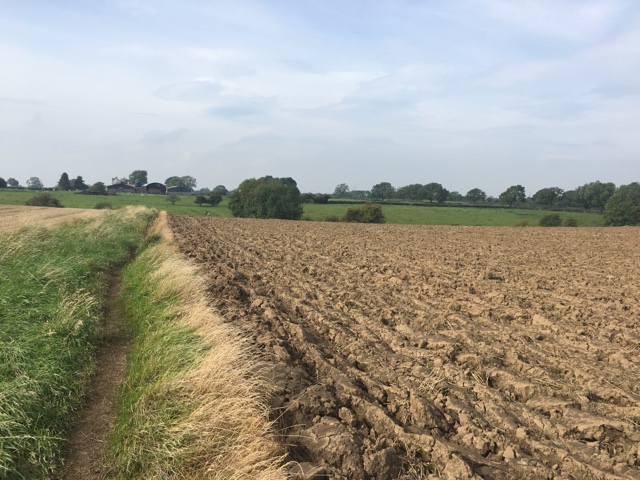 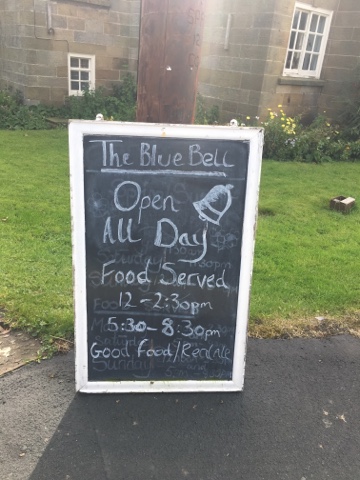 “All day” means something else in Singapore.

On the trail, we ran into Greg/Christine who was now walking with another couple.  She is a nice woman but a bit of hard work as she seems to rely entirely on other people for navigating and she gets upset if you walk too fast for her.  That’s not really fair to the other walkers.  Everyone likes to walk at their own pace and be self sufficient.  Melanie and I have worked out a pace that we are both happy with which keeps us either together or within 20 or 30m of each other but if we do get separated, I am confident that Melanie can find her own way if she needed to.  With Christine, everyone needs to make sure she does every turn, is able to climb every stile, etc.  The one thing I give her much credit for is spunk.  Yesterday, there was one tall wire fence with with a high stile over it.  She didn’t hesitate – she walked right up to the fence, next to the stile, dropped to the mud and crawled under the bottom wire, backpack on and all!  She barely reaches a squat 1.3m tall but she is also at least in her upper 60’s.  Impressive. 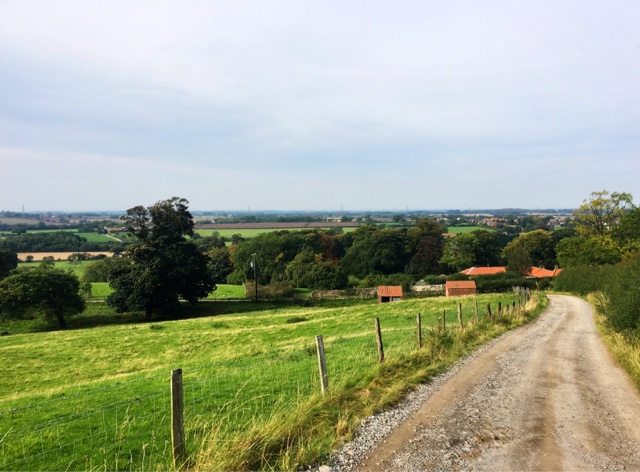 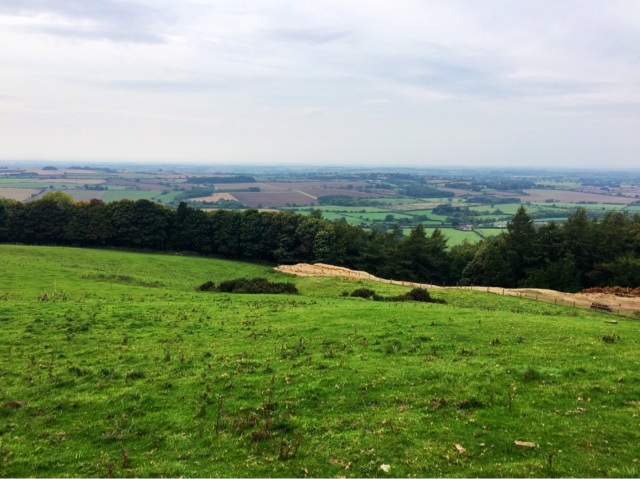 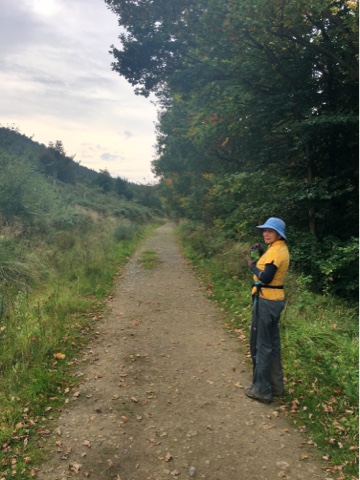 My story for the walk involves a bit of delicate topic.  I don’t know if it was the rich food we had for dinner last night or the two litres of beer I had yesterday but something was giving me some rather intense flatulence.  At one point on the trail after being dropped off by the taxi. I had a real problem.  No mind, I tell myself.  When you are out in the middle of a forest, which itself is in the middle of moorland, miles away from everyone else, save my very understanding wife, I did what any self-respecting man would do. I warned Melanie to walk further ahead then let ‘er rip, encouraging the sound and fury.  Just then, I heard a man’s voice a few steps behind me say “Better here than at the pub”.  If it was possible, I would have preferred that the earth open up to swallow me. 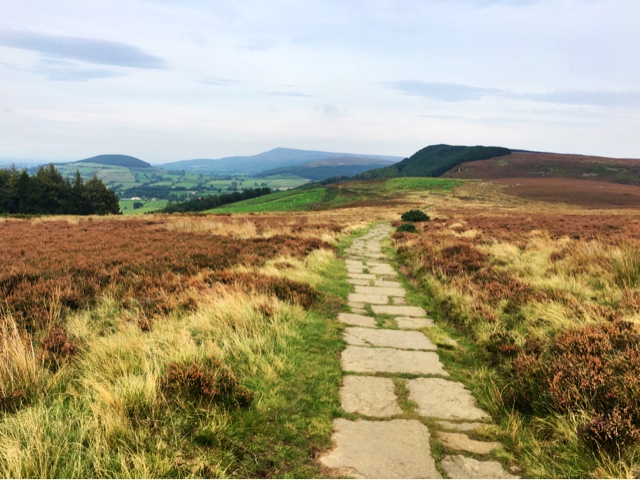 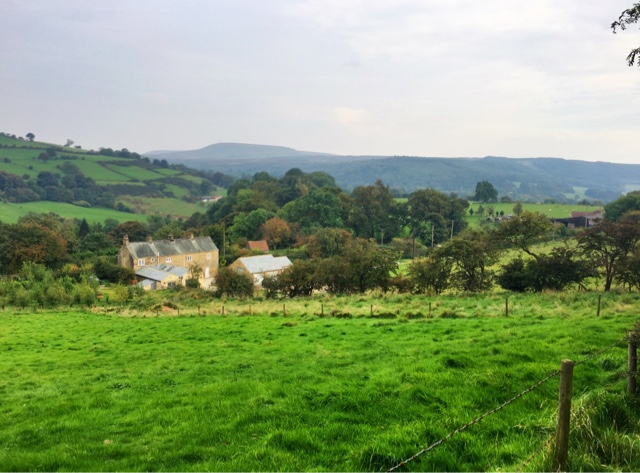 One other memory from the trail was when we missed one turn-off on the hill before Osmotherly, on our first approach.  It was no big issue because just a bit further, there was another 200m track that would bring us back to the right trail.  We kept going forward to that but when we got there, we realised that the 200m length also included a steep 50m climb in the gooiest mud that we have seen yet.  It was like we were walking up a ski jump.  Digging in the poles and inching from pebble to rock to grass cluster was the only way up.  At the top though, we were rewarded with hundreds of pheasants walking around in the muddy trail there.  At dinner, Aussie John was telling the story of how he missed a turn and needed to climb a muddy ski jump and we started laughing and knowingly nodding.  He caught on and asked us if the two sets of slip-sliding footprints that he saw all the way up were ours.  We are still trying to get the goo off.

It’s late and tomorrow will still be a tough day.  Three more days to go until we reach the North Sea.  We can’t wait.

Peace y’all.  And remember, those players are only disrespecting the national anthem or flag in your mind.  In their minds, they are saying that there is too much systemic racism in America and, in particular, related to police actions against persons of color.  As no one cares or listens to them any other way, they chose this form of protest.  Telling them to stop protesting while they are playing the game is just like saying, it’s fine that you protest, I just don’t want to hear about these problems.  These problems ARE our problems and we ALL must fix them.  Finally, for what it is worth, I have watched the Super Bowl in the American Club in Singapore at least a dozen times.  I always stand when the national anthem is played on television.  I have also always been the only person in the room that does.  I bet you that 90% of the people in those rooms are screaming for the heads of the players now.  Hypocrisy is a using a dirty rag to wash a car.  Yes, I just made up that line too.  COPYRIGHT!