“We do not travel to escape life.  We travel so that life does not escape us”. ~Benjamin A. Franklin 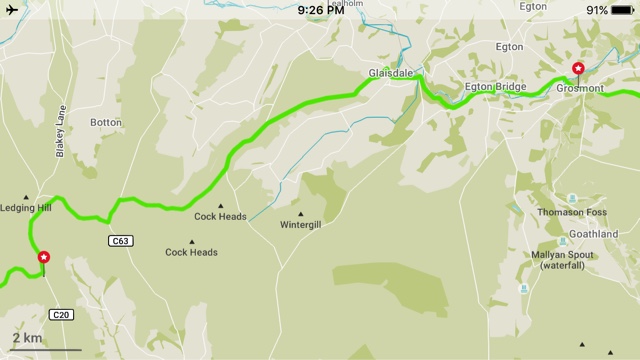 Once again, I can’t bear to look back at yesterday’s post.  It was another one of those that I could not type a whole sentence without falling asleep in the middle.  Whether it was the walk, the lateness 9:30pm!) or the pint of beer but I could not stay awake.  Sorry about that.

Our walk today started by taking us for about 12km on the high moors on a lonely road, then a gravel and grass track.  The views were much better than yesterday only because we weren’t walking in a cloud.  The trail was either level or gradually dropping for the vast majority of the day and at the beginning, curved back and forth, following the contours of the moor.  After walking 5km, we could look back 3km across the valley and still see the Lion Inn, last night’s accommodation. 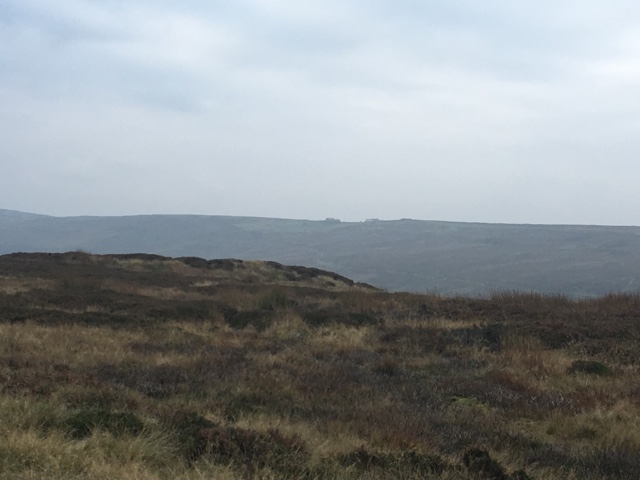 Speaking of the Lion Inn, as noted, the pub and restaurant portions were built in the middle of the 16th century.  It has always been on the side of the lonely road through the high moor but for miles and miles in every direction, there is nothing but moors.  Due to my sister, Leland, who memorised the Alfred Noyse poem, I fully expected a visitor last night.  It may not have been a headless horseman but still…

And still of a winter’s night, they say, when the wind is in the trees,

When the moon is a ghostly galleon tossed upon cloudy seas,

When the road is a ribbon of moonlight over the purple moor,

A highwayman comes riding, up to the old inn-door.

While on the moors, we passed by several ancient markers or stones that people have used as waymarkers for a millennia. The paths on the moors can criss-cross and  particularly in the fog, these markers greatly helped navigation for travellers. Our first was Fat Betty’s cross, likely placed there in the 10th or 11th century.  It was mentioned in a 13th century charter and marked a parish border at the time. A second, older-looking monolith at a crossroads impressed me even more but only temporarily.  The stone, named the Millenium Stone, stands upright at a crossroad and surely has stood at that spot since Norman times.  Or not.  On the back, we could see the initials A D M M carved into the four quadrants of a Roman cross.  Near the bottom we could see the letters N Y M A.  Wait a second, we thought.  Is that the Roman numerals for 2000 AD?  Do they mean THAT millennium?  Oh buggers.  The NYMA must be the North York Moors Association.  I am pretty sure that group was not around in the year 1000 AD. 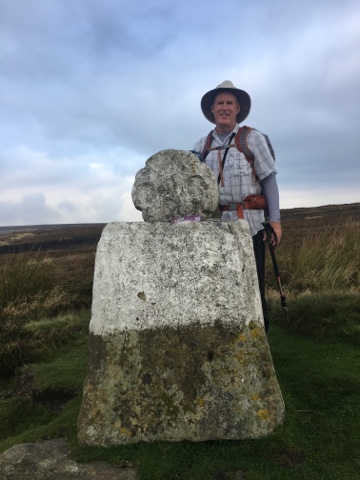 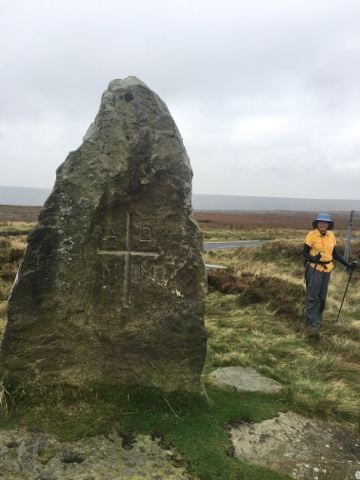 Another thought I had today made me chuckle at the irony and wordplay.  This was when I saw a nearby sign welcoming us to the Danby Moor.  The sign told us the do’s and don’ts while visiting the moor and it had a large tagline at the bottom in big letters that said “SAVE OUR MOORS”.  Usually on our pilgrim walks in Spain, we are constantly reminded of the history of the Caminos to Santiago.  There is a belief that the pilgrimages were specifically started to drive the Moors out from Spain and Portugal.  So, do we save the moors or kill them? 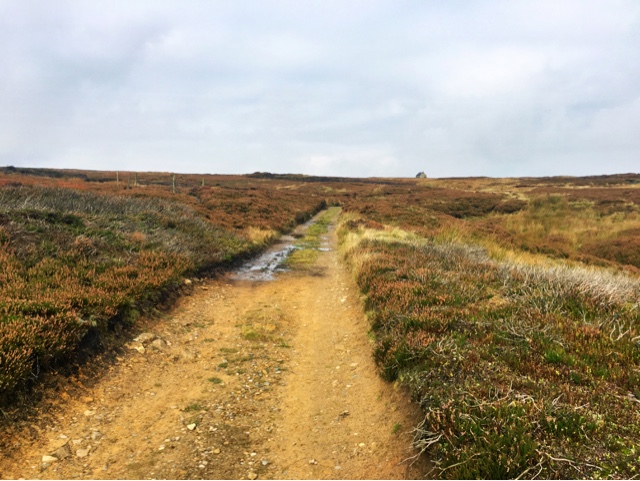 A lonely house on the moor. 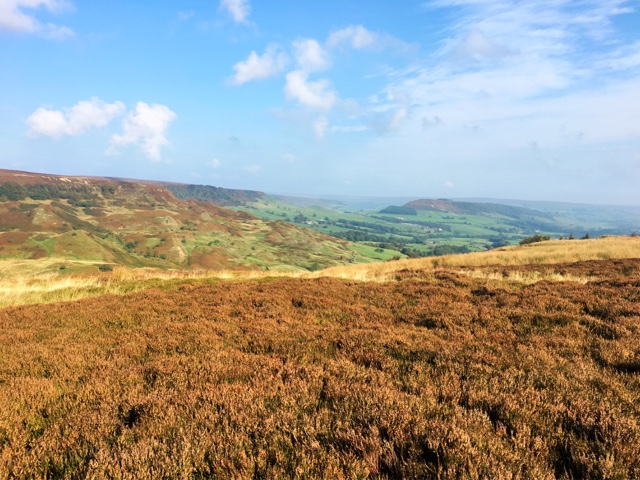 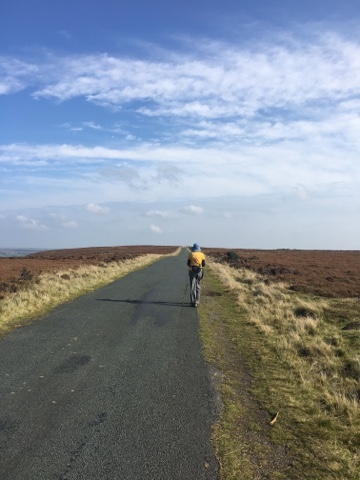 We are now in the small village of Grosmont that really needs to change the spelling of the town’s name if their citizens are going to constantly remind me that it is pronounced as Growmont.  It’s main claim to fame that it has regular stream engine train service to nearby towns.  Also, the town’s best restaurant is also its best pub.  In fact, it is not only the only restaurant, it is the village’s only pub too.  We have this on reliable advice by all three citizens who drink beer or ale. 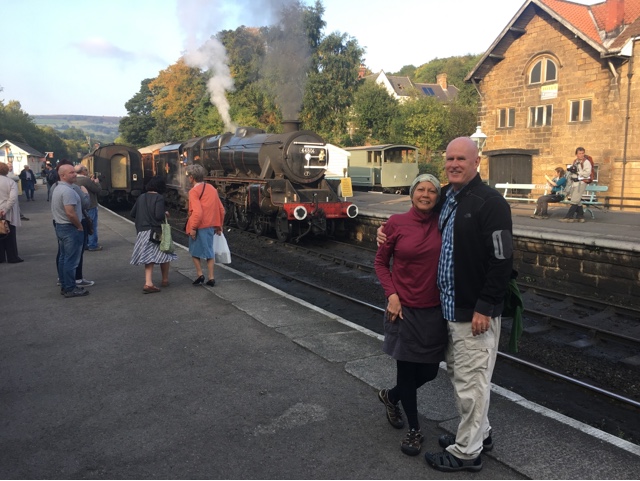 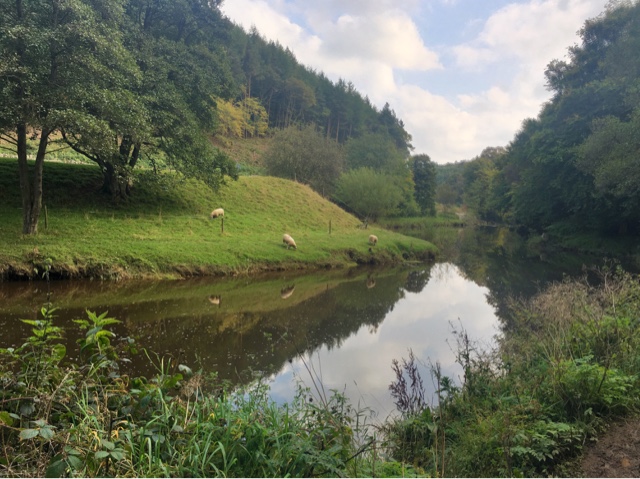 One more day!  There was excitement in the air in the pub and I think that most walkers are, like us, very glad they walked the Coast to Coast, feeling like they will have accomplished something special but also happy it is soon over. 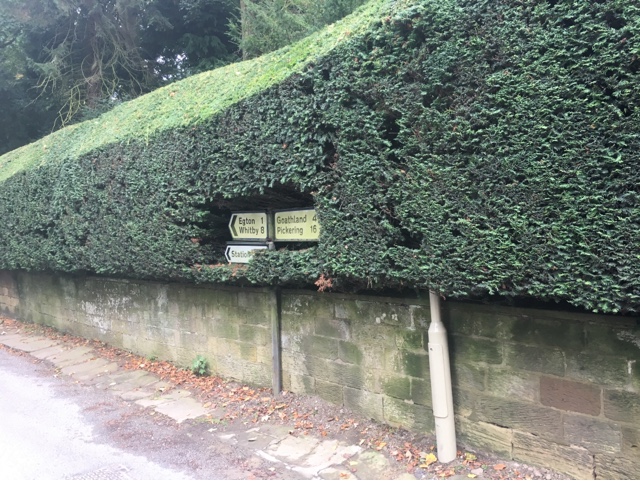 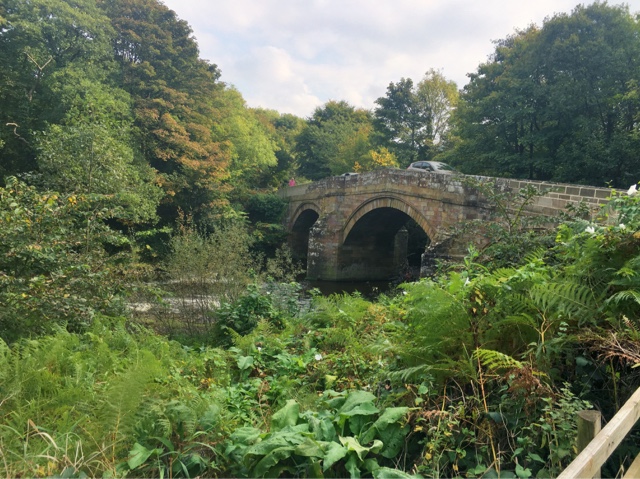 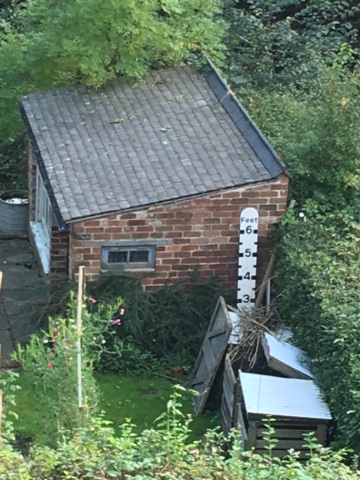 This is a tool shed behind the town of Grosmont, down near the river.  The “ruler” on the side is so they can tell how far up the river has flooded.  Apparently this happens often.